Joe Snell‏ @joesnell03 58m58 minutes ago
Joe Snell Retweeted Military Times
The Iraq army, along with the Popular Mobilization Units that includes the @ninevehpu, tribal groups and U.S.-led Coalition warplanes, began phase one of the ‘Will of Victory’ Operation against ISIS on Sunday to secure the provinces of Nineveh, Salahaddin and Anbar. #atmedill
Joe Snell added, 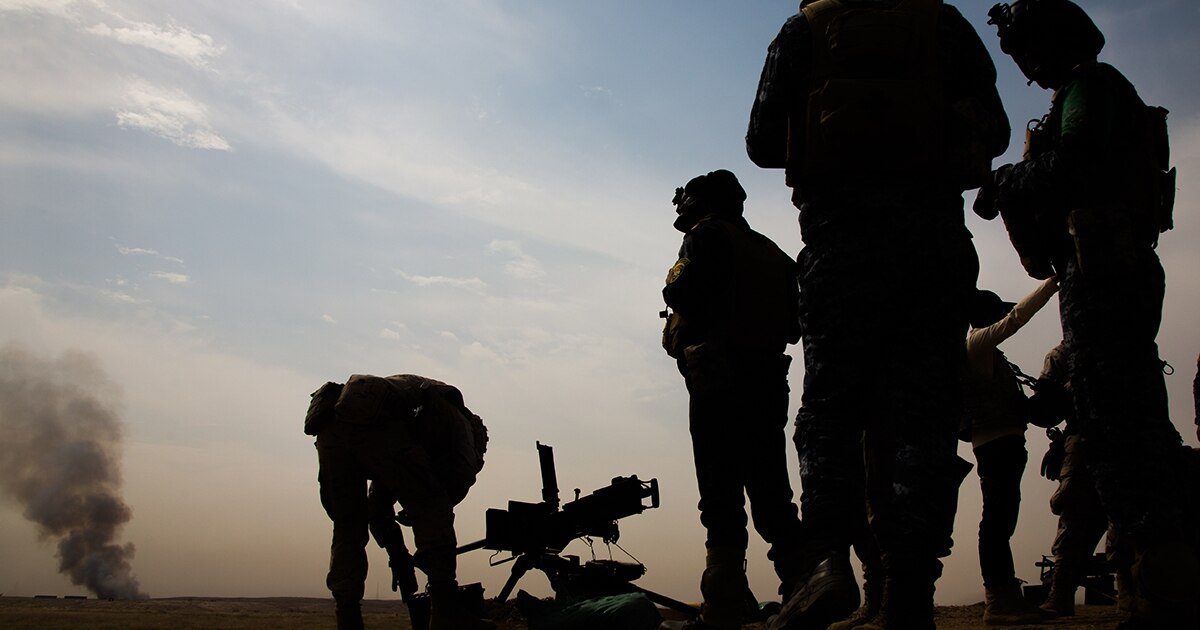 
Sunday, Iraq launched Will of Victory.  How do we know it's accomplishing nothing?  Due to the lies of success already being made.

WinterLynn‏ @DawnnElaine 10h10 hours ago
WinterLynn Retweeted H. Sumeri
Significant progress made by #Iraq’s Armed Forces during the first 24 hours of Operation ‘Will of Victory’ in the desert regions of Anbar, Ninawa and Salahuddin. Around 30 villages have been cleared & upwards of 50 [ISIS] camp sites, “guesthouses” and arms caches destroyed.
WinterLynn added, 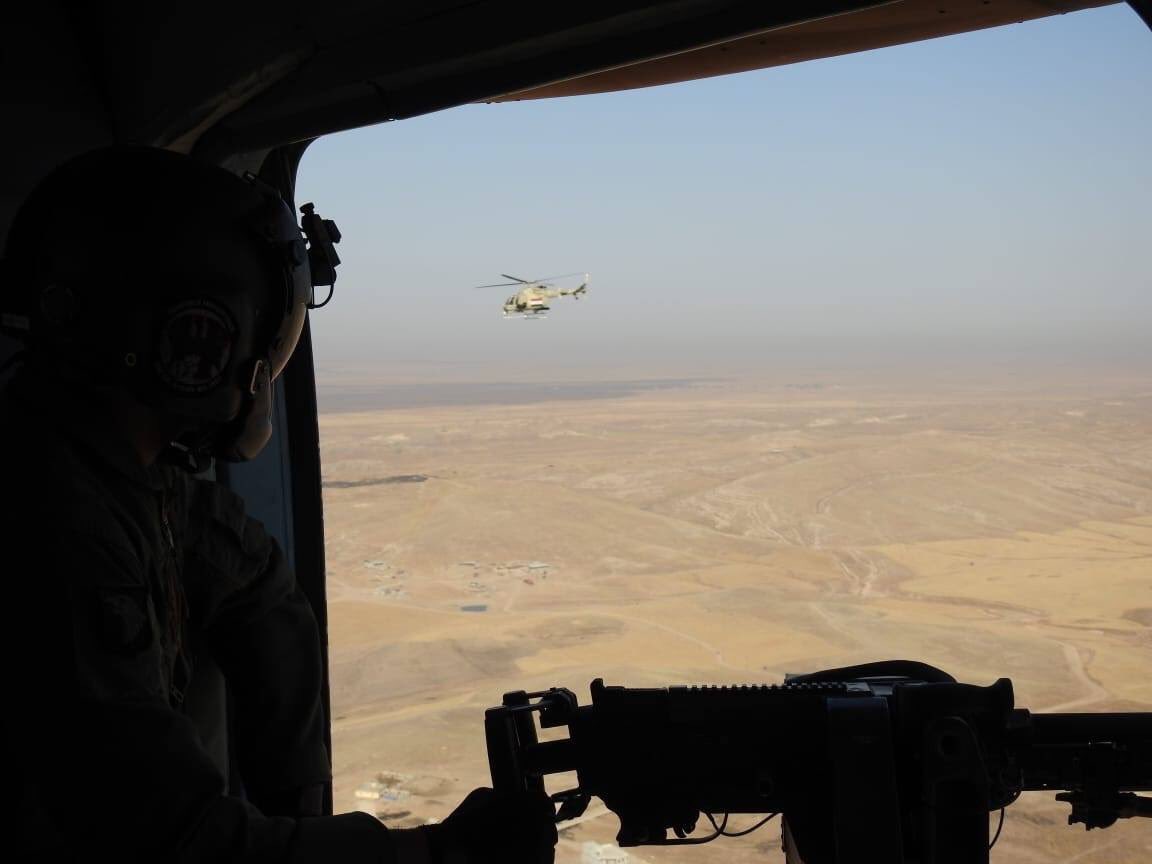 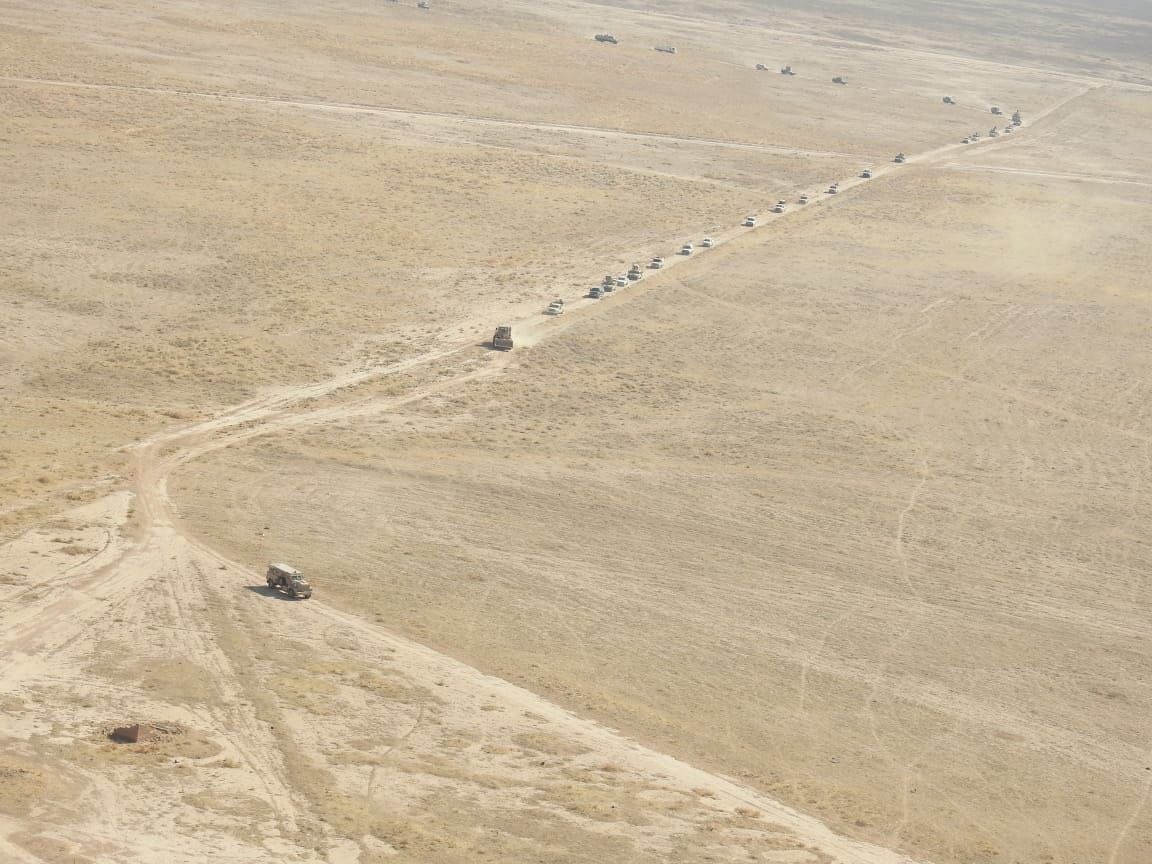 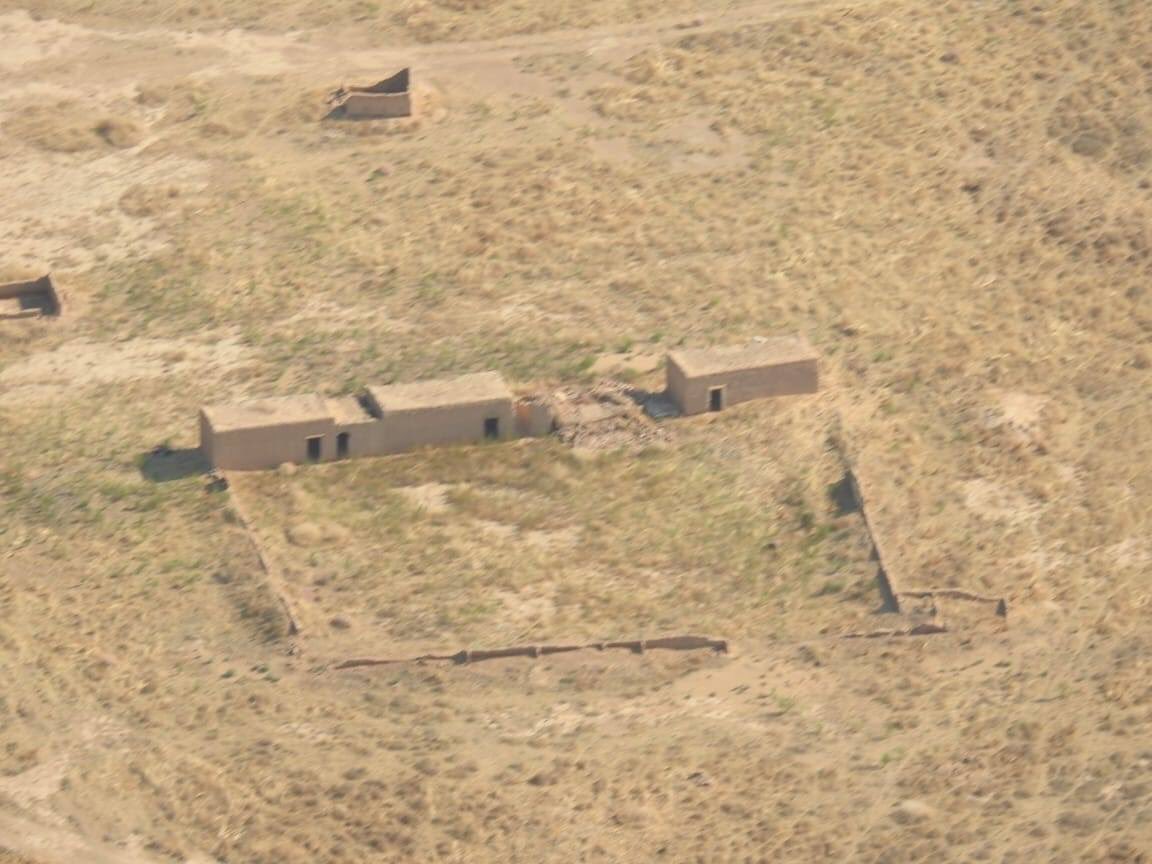 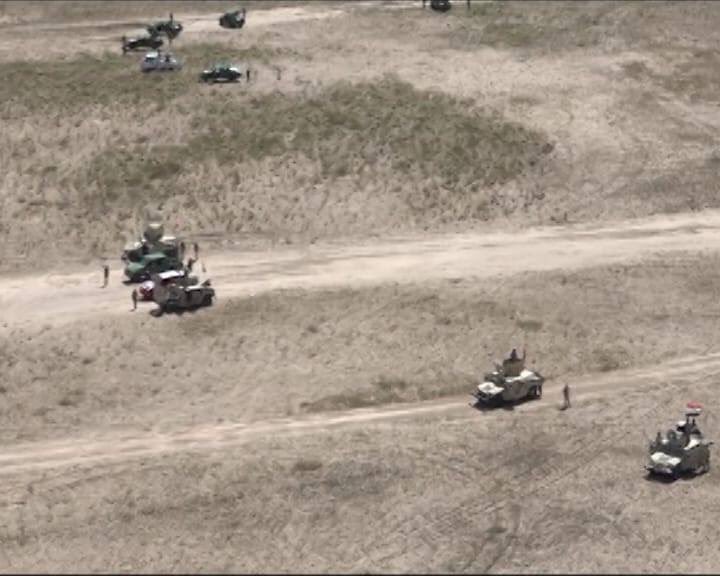 Significant progress made by #Iraq’s Armed Forces during the first 24 hours of Operation ‘Will of Victory’ in the desert regions of Anbar, Ninawa and Salahuddin.…
0 replies0 retweets0 likes

Noted Shi'ite propagandist H. Sumeri is our source for claims of success?

Yea, they're in trouble.

How long did H. Sumeri proclaim success with regards to 'liberating' Ramadi?  Or Mosul?  Yes, they're in trouble.

Or, alternative option, they're just not really accomplishing anything.

They're apparently trying that glorious 'clear and hold' strategy that everyone's been after since David Petraeus was the top US commander in Iraq.  Clear and hold has never really worked.

Can it ever work?

If they want to invest in hundreds of thousands troops and to attempt it only in a very tiny region (say one province), it might.  It might not.

The issue is one of legitimacy and these efforts have never had legitimacy.

The Iraqi government was really good at forcing some people out of camps in the hopes that they could make them return to Mosul.  They just weren't very good about rebuilding Mosul.

Or much of anything.  Remember when THE NEW YORK TIMES, under Bully Boy Bush, used to report on the 'progress' in Iraq's judicial system?  Even they had to throw in the towel on that nonsense.  And it remains a problem to this day. 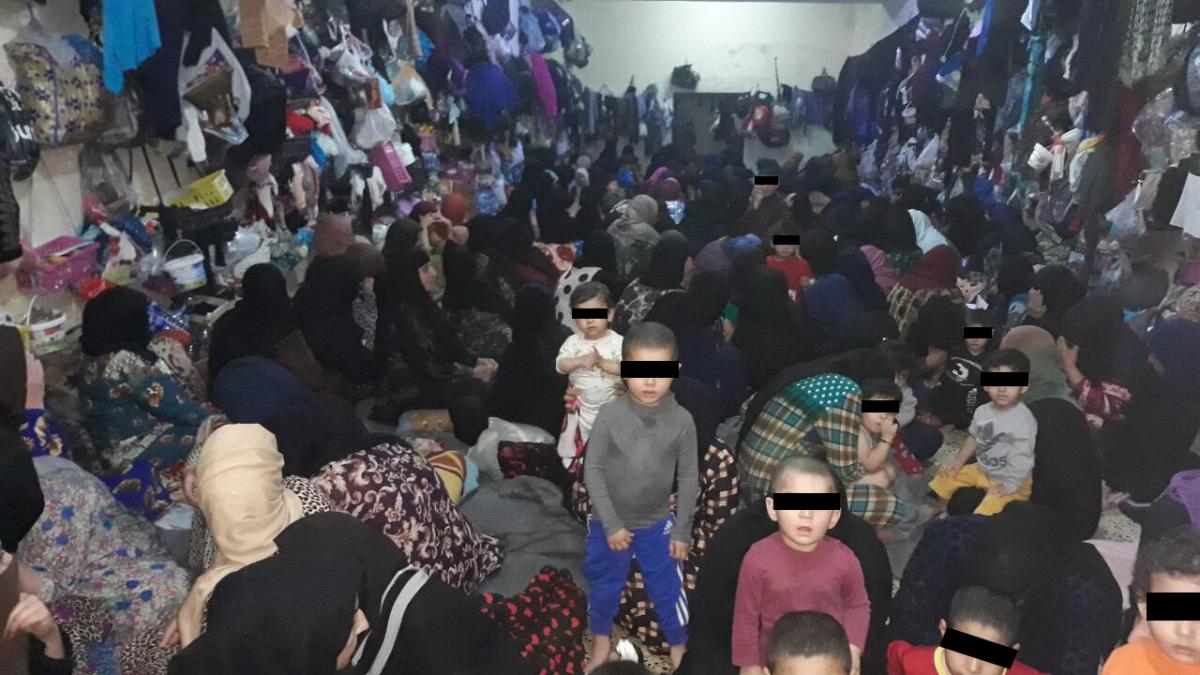 
And speaking of Iraq and corruption, a new charge has emerged regarding former Vice President Joe Biden who is currently seeking the Democratic Party's presidential nomination.


HillStone International won a coveted government contract in part because the company has “the little brother of the vice president as a partner,” as David Richter, president of HillStone’s parent company explained to investors in a recent meeting reported on by Fox Business today.
“Since November 2010, James Biden has been the executive vice president of Hill International’s housing subsidiary despite little if any documented work history in residential construction,” Fox explains. “And if the company’s projections are accurate, both Hill and Biden are on the verge of a huge payday, beneficiaries, some analysts believe, of James Biden’s connections to the Obama Administration through his older brother.”

True?  I still don't know.  I want a stronger source on the issue.

We have already seen Hunter Biden getting employment and windfalls as he followed his father around.  Did James Biden also make it onto the gravy train and is this a question that the press intends to explore?

Joe Biden's record?  With regards to Iraq, his record is obscene and, therefore, none of his family should have been involved in anything to do with Iraq -- certainly nothing to do with profiting off of Iraq.

Joe is one of the most hated Americans in Iraq.  He earned that after the illegal war started.  How?  By repeatedly insisting that Iraq should be split up.  This played to the Kurds but did not play to the Shia and the Sunni.  As we said repeatedly in real time as Joe proposed this over and over, if this is an idea that comes from the Iraqi people, fine -- but if not, it needs to be tossed aside.

As late as 2008, while he ran for the Democratic Party's presidential nomination (he'd bow out after the Iowa caucus), Joe was still proposing this.  He had no understanding of Iraq.  He would hector Ayad Allawi and others in the fall of 2010 that Iraq was like Ireland and no one -- including US military personnel present -- could figure out what the hell Joe Biden was attempting to say this time.

As for the Kurds, he sold them out.  They were tricked by him repeatedly and had Jalal Talabani remained healthy and in power, Joe could have continued to trick them because Jalal was an idiot.  But Jalal's stroke took him out of power.  And the Kurds started connecting Joe's failed promises (lies) to a history of promises made by the US government but never kept -- going back to the administration of Richard Nixon.

When Joe became Vice President, he had strong ties to the Kurds.  But the Kurds noticed that these ties did not help them from that moment forward.  Instead, Joe used the 'friendship' to get the Kurds to back down on this or settle for that, time and again, their own interests were destroyed by Joe.  Hero Talabani, Jalal's widow, has been stating that the friendship cost the Kurds and when even Hero is slamming you, you're no longer a friend of the Kurds.

Joe is one of 24 candidates seeking the Democratic Party's presidential nomination.

24?  Yes, one of the male candidates has withdrawn from the race.

Despite Donald Trump Jr.'s claim, Eric Swalwell actually does have personality and chemistry.

Of all the men on the stage during the first two debates last month, Eric's the last one who should have dropped out.

It's a crowded field and it is hard for anyone to stand out unless you are the press favorite -- like Joe has been.  There are many candidates who are polling low but are building up a base and if they continue to work at it, we're still over a year away from the election, they should see their polling increase.

Eric has stated he wants to focus on his re-election (to the US House of Representatives) and that's his right.  But Donald Trump Jr. is not the last word and, based on his remarks regarding Eric, DTJ is also not a very astute critic.

It's way too soon for an endorsement but if and when he makes one, he should get some promise on an issue he campaigned on.


24 candidates remain currently.  All six women remain in the race.