Thursday, January 30, 2020.  In the US support for War Hawk candidate Joe Biden continues to erode, Joe's lies (captured on video) continue to surface, Iraq remains without a prime minister as the president of Iraq and the United Nations demand action, and much more.

Starting in the United States where Joe Biden continues his ignorant and ill-advised campaign for the Democratic Party's presidential nomination.

Joe made the news most recently for what?  Saying he might have Michelle Obama be his running mate if he got the nomination?


No, but that does apply here.  For saying that he might die in office and therefore needed to pick his potential running mate carefully.

But, more to the point, Michelle Obama?

Joe raising the possibility that he might die in his first term if he were president just put him in 2008 John McCain camp.

Is he pandering when he floats Michelle's name?  If he's serious, we're looking at attacks similar to what Sarah Palin experienced in 2008.  And Sarah was a sitting governor.  Michelle has never held elected office.  And he's talking about putting her on his presidential ticket while talking about he might die in office?

Michelle is not qualified.  Hillary was qualified in 2008 because she'd been a senator.  She also had her law career which did not include denying healthcare to residents of Chicago.  Michelle's record remains largely unknown to this day among most voters.  You can be sure if Joe was the nominee and Michelle was his running mate, the GOP would ensure that her past was much better known -- that does include the corrupt crony system in Chicago that her father and her family benefited from.

Michelle's not qualified.  Strip away Hillary's Senate experience and she still attempted a major proposal -- it failed, yes, but her healthcare proposal was serious business and, even in failure, she might have learned something from it.  Especially in failure.

Michelle's big policy?  Was it 'let's move' or the gardening?  I don't remember.  It's a pity Lady Bird Johnson is dead or Joe could grab her as her running mate.  She had the whole beautification program.

That Joe is one minute stating she might be his running mate and the next stating he might die in office?  He's either pandering or he's not taking his own statement seriously.  Is he incapable of serious thought?

And then there's this.

Don Winslow‏ @DonWinslow16 3h3 hours ago
Joe Biden says he would consider picking a Republican running mate then doubles down by saying "There are really some decent Republicans out there, still." Care to name one, Joe? Just one!
/>
0:06
370 views
9 replies23 retweets62 likes

So, let's follow this assertion by Joe, he's saying he may die in office and he's thinking about picking a Republican running mate?

He may die in office, he's running for the Democratic Party's presidential nomination and he's thinking about picking a Republican running mate?

So he's saying, "Democrats vote for me.  I think I'm going to die in office, but don't worry, a Republican would take over as president if I did."

In what Democratic primary is that a promise that garners votes?


Joe has so much baggage and so many problems.

Faiz‏Verified account @fshakir 23h23 hours ago
Biden's repeated instinct is to urge any critical voter to go vote for someone else. Come on over - we welcome you over here. #Bernie2020
79 replies684 retweets3,283 likes

Shaun King‏Verified account @shaunking 19h19 hours ago
I don't think you've seen ALL of this. In 1987, when @JoeBiden ran for President, he didn't get caught in 1 lie, he got caught in at least 9 wildly different lies and acts of plagiarism. It engulfed his campaign and he resigned in disgrace. FULL STORY: https://shaunking.substack.com/p/2-truths-and-31-lies-joe-biden-has …
/>
3:54
290K views
In 1987 Joe Biden was proven to be a pathological liar
In 1987, when Joe Biden was running for President, he did not get caught in a lie - he got caught in at least 9 lies. They engulfed his entire campaign and almost derailed his political career.
382 replies2,227 retweets5,223 likes


Caught in so many lies, so many times.  And yet he keeps lying.  Let's look at this thread where Sean King's documented the various lies Joe keeps telling potential voters.

Shaun King‏Verified account @shaunking
For nearly 50 years, @JoeBiden has publicly pretended to have been a part of the Civil Rights Movement. He's not "exaggerating" or "embellishing," he is creating entire fictional storylines to impress white liberals & connect w/ Black voters. It must be confronted A thread...
3:49 AM - 30 Jan 2020
60 replies362 retweets996 likes

A long history of lying, a long pattern of lying.  No wonder he raised a Deadbeat Dad.  No wonder that he still has refused to meet his latest grandchild -- even though the DNA tests were conclusive months ago.

"As a Biden," Joe loves to say.  But exactly what values do the Bidens have that anyone would want to share?

On this week's DECONSTRUCTED WITH MEHDI HASAN, he and Zephyr Teachout discuss Joe's corruption problem.  Meanwhile SLATE asks "Who's Excited About Joe Biden?" on their latest podcast and they explain that you attend a Bernie campaign event and the place is crowded.  Biden?  "And then the next day you go to Biden and it’s you know, the crowds are a little bit smaller."  Where's the excitement?  No-mentum Joe.  Doubt it?  This morning, Julie Terroso (PHILADELPHIA INQUIRER) reports:


Joe Biden’s lead in the Democratic presidential race in Pennsylvania has fallen by 8 percentage points since October, according to a new poll of registered Democrats in the state.

The poll was released Thursday, five days before the Iowa caucuses begin the party’s nomination process and three months before the Pennsylvania primary.


In Iraq, they need a new leader as well.  The current prime minister turned in his resignation in December.  The ongoing protests have demanded an end to corruption.  They have demanded a representative government.  Their demands are ongoing.

Ali Naji‏ @AliNaji46
#Muhammad_Tawfeeq_Allawi Is the likely candidate to become #Iraq_PM , to end months of anti corruption protests and violence . He will head the post for six month to supervise a new parliamentary election, before choosing a permanent government #محمد_توفيق_علاوي 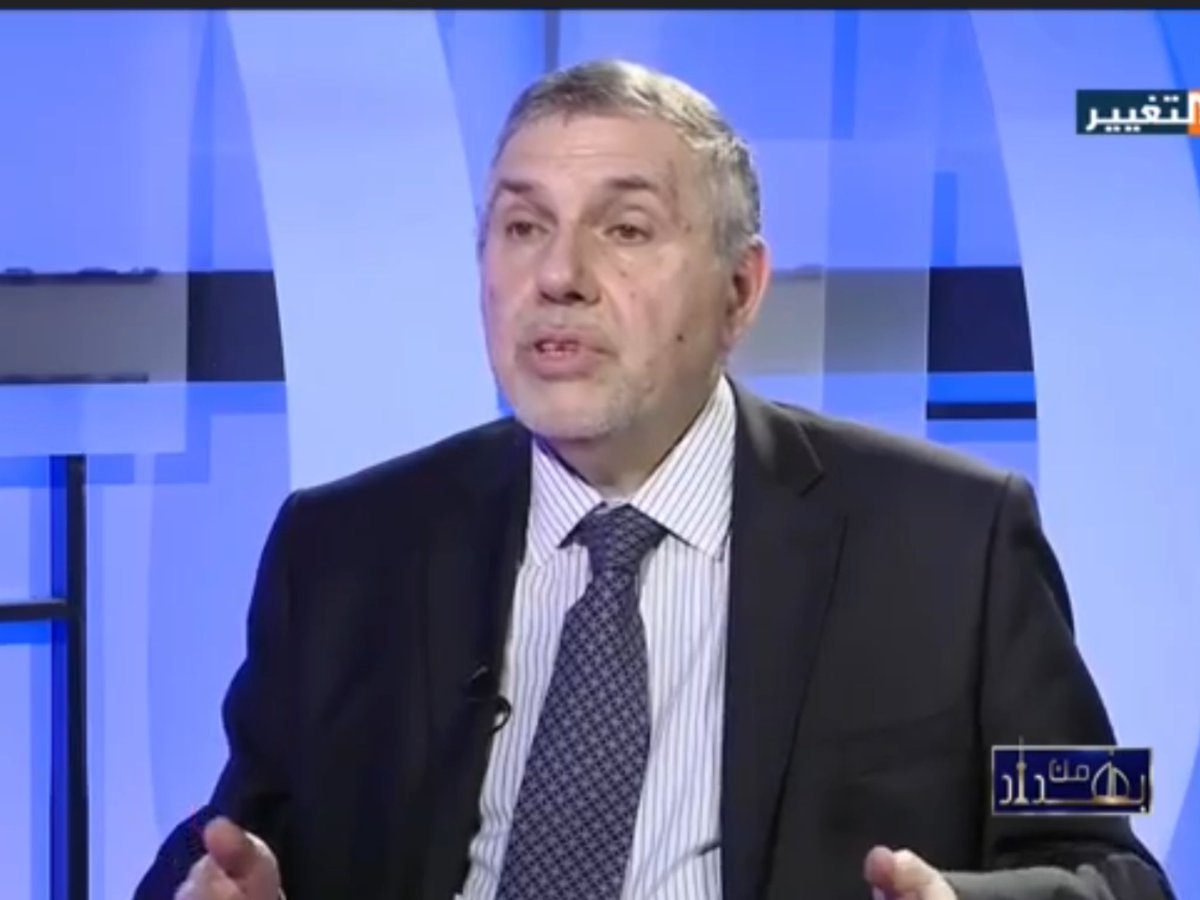 
The above is speculation at this point.  "Unconfirmed reports," as Lawk Ghafuri notes.  AP reports:

Iraq’s president has given rival political blocs a deadline to select a prime minister nearly two months after the outgoing premier resigned under pressure from mass demonstrations, his office said in a statement Wednesday.
Violence continued for a second week in Baghdad’s Tahrir Square, the epicenter of the popular protests, with security forces using pellet guns to disperse protesters. It was the first time the weapon has been used in the four-month movement in which police have killed demonstrators with live rounds and tear gas canisters.
President Barham Saleh asked parliamentary blocs to select a candidate to replace outgoing premier Adel Abdul-Mahdi by Saturday.

If they don’t, he said, he will select a candidate himself.

The protests continue, as they have for months now.


In addition to the country's president calling for action on the issue of the prime minister, the United Nations is making that call as well.

2 hrs ·
Amid ongoing protests and violence, UN urges stepped up efforts to break political deadlock
Baghdad, 30 January 2020 – With ongoing violence and rising casualties in the context of protests and ahead of further planned demonstrations, the Special Representative of the Secretary-General for Iraq, Jeanine Hennis-Plasschaert, is urging stepped up efforts to break the political deadlock and press ahead with substantial reforms, warning that the use of force costs precious lives and will not end the crisis.
“The continuing loss of young lives and the daily bloodshed is intolerable. At least 467 protesters have been killed and over 9,000 injured since 1 October,” lamented the Special Representative.
“A recent increase in the use of live ammunition by security forces, reported shootings by unidentified gunmen at protesters and the continued targeted killing of demonstrators and human rights defenders are alarming. It is imperative that the Iraqi authorities protect the rights of peaceful protesters and ensure that all use of force complies with international standards. Equally important is full accountability: the perpetrators of unlawful killings and attacks must be brought to justice.”
A climate of fear and distrust will bring nothing but further damage. Political action and progress in the search for solutions must replace indecisiveness to deliver on the many promises and intentions. Building resilience at the state and societal levels is the only way forward to draw the people out of despair and into renewed hope, the Special Representative emphasized.
“Many have sacrificed everything to have their voices heard. Solutions are urgently needed. Iraq cannot afford the ongoing violent oppression nor the political and economic paralysis.”
The Human Rights Office of the United Nations Assistance Mission for Iraq (UNAMI) has consistently monitored the human rights situation in the context of the demonstrations. Since the beginning of the protests in October, it issued three reports* documenting human rights violations in the periods from 1 October to 9 December and presenting recommendations to the authorities. Since 17 January, UNAMI has recorded at least 19 demonstrators killed and over 400 injured by security forces in Baghdad, Basra, Dhi Qar, Diyala, Diwaniya, Karbala and Wassit. Preliminary information attributes most deaths and injuries to the use of live ammunition and the impact of tear gas canisters, while additional injuries occurred as a result of security forces beating demonstrators with sticks. Most violence used by security forces occurred in the context of attempts to clear roadblocks or disperse demonstrators.
In Baghdad, efforts by security forces to clear the Mohamed Qassem highway and areas in the vicinity of Tahrir Square using live ammunition and tear gas resulted in at least 11 deaths and 53 injuries. In Nasiriya, Dhi Qar on 25 and 26 January, security forces fired live ammunition and tear gas canisters causing at least three deaths and injuring over 100 protesters. Similarly, in Basra, in the early morning of 25 January, security forces demolished more than 20 tents set up by protesters as part of a sit-in and forced the protesters out of the area. In Karbala, security forces also used violence against protesters, resulting in at least 4 deaths and injury to over 150 others. In Diyala, the use of live ammunition by security forces resulted in the first death attributed to this cause and context in the governorate and injured at least four others.
There were cases of unidentified armed men shooting protesters. This happened on four consecutive nights in Basra from 21 to 25 January, killing two protesters and injuring nine others. In Nasiriya, on the night of 26 to 27 January, a group of armed men of unclear affiliation shot live ammunition at protesters in Haboubi Square, killing at least one protester and injuring four more, and set fire to several protestor tents.
Targeted killings continue against demonstrators and activists. Since 1 October, at least 28 incidents have taken place in which persons associated with demonstrations, either as participants, journalists covering the protests or prominent activists, have been targeted by armed men or improvised explosive devices, resulting in 18 deaths and the injury of at least 13 others. The cases include the targeted killing of two Dijlah Television reporters in Basra on 10 January. In Missan alone, credible reports indicate seven incidents in which civil society activists were shot at by armed men, resulting in two deaths and the injury of five others.
UNAMI also continues to track and monitor reports of physical attacks against demonstrators, including stabbings, cases of missing demonstrators and activists, and incidents of threat and intimidation.
Stressing the futility of violence in responding to the protests, Special Representative Hennis-Plasschaert said all efforts should instead focus on how to fully implement reforms and initiate a constructive dialogue to tackle the country’s problems in a spirit of unity.
“It is high time to restore confidence by setting aside partisanship, acting in the interest of the country and its people. Hard work and goodwill gestures will resonate with the people, and will be met in kind, strengthening the country’s resilience as it seeks to emerge stronger from this crisis.”
*links to the three previous reports: https://bit.ly/2OevRx0


Again, the protests are ongoing.