April is National Sexual Assault Awareness Month.  I don't like "sexual assault" -- it's assault.  Quit tying "sex" to it.  It's rape and it's assault.  Don't call it "sex crimes."  It's not about sex.

And it takes place around the world.  Note this Tweet: 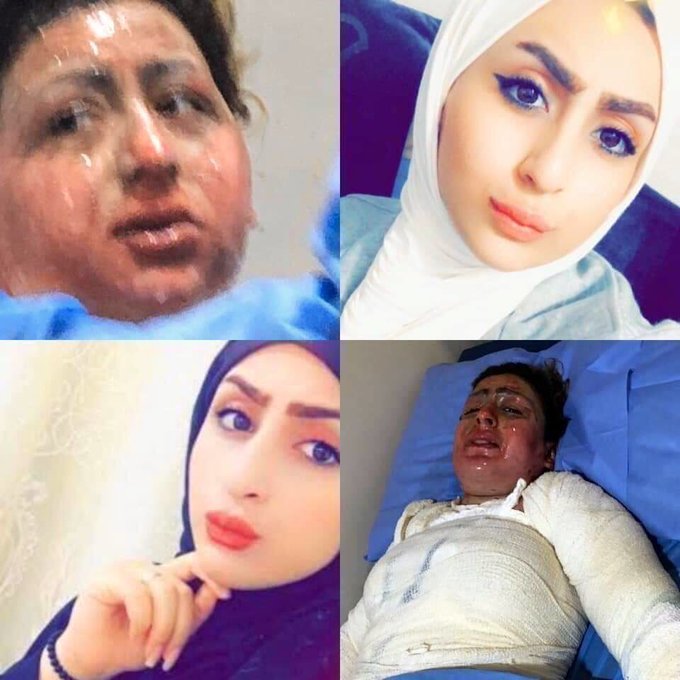 
The photos are said to be of Malak Hayder al-Zubiedi

Men have to be punished by the law but IRAQ don't have one, all we do is being killed here. Women's in this world are without rights. We live as if we are useless just to satisfy MEN. Hope she's alright now and the girls in same situation too don't give up!! #ملاك_حيدر_الزبيدي

She is 19-years-old.  Below  is the husband who is said to have set her on fire.  Prior to the assault, he and his family refused to allow Malak to see her family -- for eight months they refused. 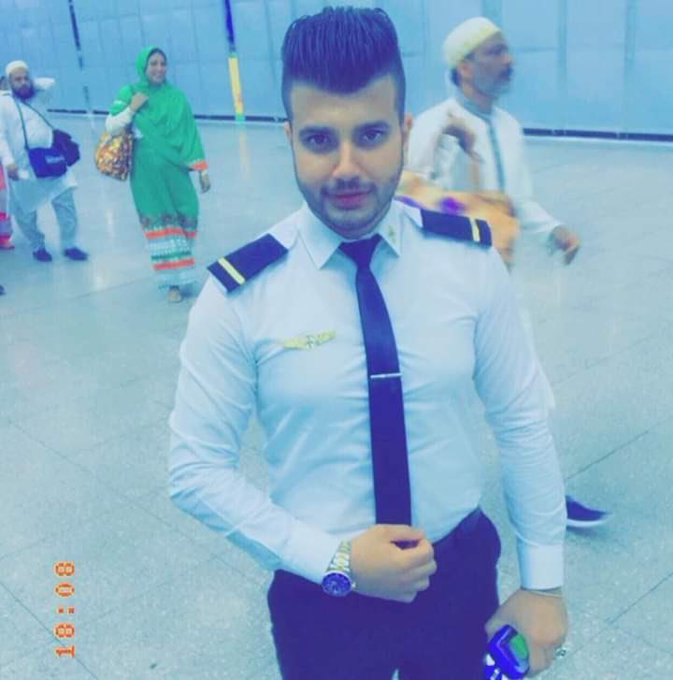 Supposedly, the Governor of Najaf has issued a statement that the husband in police custody.  (The husband is said to be the son of a high ranking military official.)  The governor has also stated that they have a special investigative team on the case.

Violence against women in Iraq never receives the attention it deserves outside of Iraq.  Ruba Ali al-Hassani (INSIDE ARABIA) reports:

For two consecutive election cycles, al-Fadhila Party (or Islamic Virtue Party) has led a campaign targeting women and girls, pushing a bill that makes amendments to Iraq’s Personal Status Law, which governs how religious and civil courts settle disputes related to marriage, divorce, inheritance, and custody. Although unlegislated and rejected by parliament vote, it has been dubbed the “Jafari Law” in an alleged attempt to represent Jafari or Shia “values”. It remains in the Iraqi consciousness as an existing threat to women’s and girls’ rights.
Its most contentious component was the attempt to legislate underage marriage. This received widespread outrage from the public, and especially from Najaf’s Shia seminary, for a variety of reasons, primarily the obvious pedophilic as well as sectarian nature of the bill. In a weak attempt to divide women’s united front against the corrupt patriarchy, lawmakers behind this bill claimed it protects Shia women’s rights when in fact it imposed a threat to all women’s rights.
Some male analysts dismissed the objectification of girls and women as mere political pawns in these attempts to amend the Personal Status Law, calling it a “political stunt”. Others argued that legalizing child marriage could help regulate an already common practice. However, regulation cannot heal the trauma arising from years of child molestation. While the bill sanctions pedophilia, it also feminizes poverty more than already is the case. Global studies have demonstrated a direct link between child marriage and high reproductive rates, poverty, female illiteracy, divorce and suicide rates.
According to UNICEF, approximately 40 percent of Iraqis are under 14 years of age, and one in five girls is married by the age of 18. High child marriage rates arise from poverty, conflict, and patriarchal traditions. With the legalization of child marriage, these rates – and rates of reproduction – could fast increase. Iraq’s population is expected to mushroom from 38 to 50 million in 10 years’ time. This is among the world’s fastest population growths, faced by stunted development in most sectors. It will create immense economic strain, increasing the ratio between state resources and the population. According to the Iraqi Economists Network, over 20 percent of the population are widows and orphans, and over 35 percent of Iraq’s population lives in poverty. These numbers have mushroomed since the Islamic State of Iraq and Sham/Syria (ISIS) entered the scene.
Poverty and conflict expose girls to an increased risk of illiteracy. Sixty percent of girls aged 14 and 18 are not enrolled in secondary school. Among those internally displaced, they are 50 percent less likely than boys to get schooling. When girls are denied education, their well-being, future employment prospects, earning potential, and even relationships are jeopardized.