Iraq finally has a prime minister.  Mustafa al-Kadhimi replaces the last prime minister who resigned in November.  He is not supposed to be in office for a long time, just long enough to oversee a round of elections.  Martin Chulov and Mohammed Rasool (THE OBSERVER) note, "With Kadhimi now Iraq’s premier decision-maker, US and Saudi officials are privately hailing a new era of Iraqi sovereignty. Washington pushed its allies in the country’s Kurdish north and Sunni centre to endorse him." And they quote an unnamed "regional official" stating, "They think they’ve got their man.  They're celebrating. When will they ever understand Iraq?"  AFP reports:

Iraq’s new government promised Saturday to release demonstrators arrested during mass protests that erupted in October and pledged justice and compensation to relatives of over 550 people killed during that unrest.
The announcement was made in a televised address following Prime Minister Mustafa Kadhemi’s first cabinet meeting.
Kadhemi, who with 15 of his proposed 22 ministers won the confidence of Parliament on Wednesday evening, promised “the truth about everything that happened” during the months-long protests.
He vowed to “hold to account all those who shed Iraqi blood”.

And the prime minister is not just talking about the protesters.  Haydar Karaalp (ANADOLU AGENCY) notes that the prime minister "said Saturday that a [2008] strategic agreement with the US on the basis of protecting the unity and sovereignty of Iraq will be reviewed.  Following his first Cabinet meeting, al-Kadhimi told reporters the group established a crisis desk consisting foreign affairs experts."  He met today with the ambassadors from Iran and from the United States.  XINHUA reports that in his meeting "with Iranian Ambassador to Iraq Iraj Masjedi, during which he confirmed Iraq's keenness to maintain the best relations with Iran and all other neighboring countries to serve the interests of the two neighbors, as well as regional security and stability, al-Kadhimi's media office said in a separate statement."  CGTN adds, "During his meeting with U.S. Ambassador to Iraq Matthew Tueller, al-Kadhimi underscored the need for bilateral cooperation in the economic and security fields, as well as for preparing for the strategic dialogue between the two countries, the prime minister's media office said in a statement."


The Trump administration played this transition as well as it can be played. The State Department offered a "strategic dialogue" with Iraq on April 7, two days before Salih designated Kadhimi to form a government, as Adnan Abu Zeed reported. In discussing Iraq last month, US officials praised Kadhimi, but steered short of an endorsement, making clear this was an Iraqi process. In the meantime, Kadhimi received the backing of Iran and the United Arab Emirates, among others, to form his government.
On April 27, as Kadhimi’s candidacy seemed to stall, the United States renewed a sanctions waiver for Iraq on Iranian electricity imports for only 30 days, another kind of signal that Iran was still front and center in US priorities in Iraq.
US Secretary of State Mike Pompeo was among the first to congratulate Kadhimi on May 6, extending the waiver to four months, through Iraq’s hot summer, and giving the prime minister some breathing room on a vexing issue.
Iraq has been seeking to lessen its dependency on Iranian electricity, including through an arrangement with the Gulf Cooperation Council via Kuwait, but this is a long term process, as Ali Hashem explains.

AL-MONITOR is a strong outlet.  We note it often.  I have no problem with their call that's quoted above -- it might be a good evaluation, it might not be.  But I have problem with the article itself.  If you don't, maybe we need to fall back to the recent past.

So far, Abadi seems to have resisted the pressure placed by Shiite forces and parties, such as the Popular Mobilization Units that announced Sept. 20 that “the Baghdad-Damascus-Tehran-Moscow alliance is a natural and legal right for Iraq.” These forces stressed the need for full participation in the Russian alliance and to speed up the official request that Russia take part in attacks on IS in Iraq.
Yet Abadi is taking his time and does not want to risk his relations with the West at this sensitive stage. He has contented himself with the intelligence cooperation and arms deals with Russia, and he has refrained from going beyond this point to avoid losing the United States as a strategic ally of Iraq.
Abadi is reasonable in being cautious, because the Iraqi political situation is vulnerable and would not tolerate further internal divisions, which would take place in the event of a radical change in the Iraqi international alliances. In addition, Abadi does not perceive the new Russian alliance as a guaranteed alternative to the Western one, and he does not desire that Iraq be turned into a field for a new battle between the world powers, which would lead to dire consequences.
At the same time, Abadi does not believe he can manage without an external party to help Iraq restore its territorial integrity and get rid of IS. This is particularly true in light of Russia's strong participation in fighting IS and US confirmation that the fight will be long.


Yesterday, Mustafa al-Kadhimi (Al-Monitor) reported that few Iraqis have bothered to update their records for voting:


The low number of voters who showed up to update their records in preparation for the legislative elections in April 2014 is worrisome and raises questions about the will for change. The figures leaked from the Electoral Commission indicate that fewer than 500,000 people updated their records days before the expiration of the statutory period.
Even though leaders such as Prime Minister Nouri al-Maliki and religious leader Muqtada al-Sadr called on voters to update their records, this failed to raise the participation rates to numbers significant enough to make an impact.
This raises concerns of political leaders such as Ethel Nujaifi, the governor of Mosul, who said that only 4% of Mosul’s Arabs showed up to update their records.

It's a bit difficult to get excited about voting when the US government keeps overturning your votes.  First, in 2006, Bully Boy Bush rejected the Iraqi Parliament's choice for prime minister (Ibrahim al-Jafaari) and insisted on installing Nouri al-Maliki then, in 2010, Barack Obama insisted Nouri get a second term the Iraqi voters vetoed.  Why exactly are they supposed to be eager to vote?

They keep voting and the US government keeps overturning their votes.

Barack Obama seriously harmed Iraq's chances to become a democracy when he refused to honor the Iraqi's people voice and instead dismissed the votes to back Nouri.

Getting it?  For years Mustafa worked for AL-MONITOR and that's not noted in the article.  Are things as rosy as AL-MONITOR claims?  Maybe they are and maybe they're not.  But they do need to disclose, in a piece evaluating Mustafa, that Mustafa has a history with the news outlet.

In other news, Callum Paton (THE NATIONAL) reports:

Princess Badiya bint Ali, a survivor of the bloody 1958 coup that ended her family’s rule in Iraq, has died at the age of 100.
Princess Badiya died in London where she had lived in exile. She was the last of Iraq’s princesses.
Born in Damascus in 1920, Princess Badiya was the sister of Iraqi Prince Abd Al-Ilah, who served as regent from 1939-1953, for King Faisal II.
Prince Abd Al-Ilah, was also crown prince and heir to the throne before the 1958 coup.
King Faisal II was killed in the wave of pan-Arab revolutions that swept the Middle East and were promoted by Egypt’s Gamal Abdel Nasser.
The coup in Iraq unseated the British-backed Hashemite monarchy that had been established in 1921 by King Faisal I.

Another #Marine from my unit who served in both #Iraq and #Afghanistan took their own life this past weekend.
@USMC
Cpl. Rory Hamill of 2nd BN, 8th MAR leaves behind 3 children. Rory spoke to groups of #veterans about healing from the wounds of war—both seen and not seen. #RIP 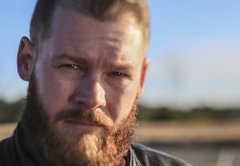 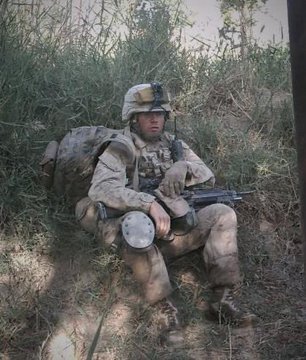 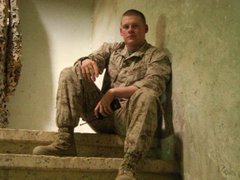 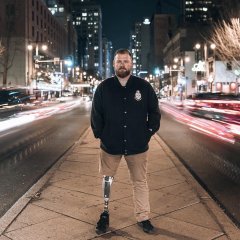 ACCORDING TO MATTHEW observes:

I continue to be disgusted with how many Democrats are blindly defending Joe Biden. Politicians who have been ardent supporters of #MeToo suddenly believe the powerful man and dismiss his accuser. Elizabeth Warren, Nancy Pelosi, Kirsten Gillibrand, and Dianne Feinstein are just a few examples of politicians who have been extremely hypocritical.

The sad reality is that there isn’t likely to be a good outcome here. Biden won’t release his documents and won’t drop out. Democrats will continue to defend him because they are so motivated by power and beating Trump. The glaring hypocrisy will severely damage the #MeToo movement. And I don’t think it will even be worth it as Trump is likely to win anyway.
This also shows just how difficult it is for women to come forward. Tara has been smeared, doxxed, and threatened since coming forward. It’s no wonder why women wait so long before speaking out against powerful men. But hopefully Tara’s strength will still inspire other women to share their stories.

The fact that many outspoken proponents of the #MeToo movement have declared they will vote for Joe Biden despite sexual assault allegations levelled against him by a former staffer shows the movement is dead, according to Sky News host Rita Panahi. The former Vice President Biden has been accused of assaulting former employee Tara Reade in 1993 when she worked in his senate office, a claim he flatly denies. The #MeToo movement, which rose to worldwide prominence as part of a hashtag campaign on Twitter two years ago, is designed to raise awareness about the pernicious societal impact sexual assault. Many high-profile celebrities have been caught up in the scandal, including Hollywood mogul Harvey Weinstein who has been jailed after being found guilty of rape. Ms Panahi said the movement has no credibility left after many high-profile proponents are saying they believe Ms Reade but are “willing to vote for Biden anyway.”