Wagatwe Wanjuki on the damage the 'report' from POLITICO does

In this thread, Wagatwe Wanjuki addresses the rape culture embracing 'report' by POLITICO.

I shudder to think how this will impact whether victims will come forward in the future.

and there’s something gross about the way the journos promote it. “MuSt rEaD!” with a twinge of pride

sorry but having a string of “aggrieved acquaintances” doesn’t make someone unrapeable.


Former landlords with a bone to pick with a domestic violence victim who had financial struggles won't provide the best evidence about whether a rape occurred.

Keep in mind that many landlords are misogynist and abusive themselves. Sexual violence by landlords is a problem. Add that to the fact that DV&SV victims often have financial problems.


So this just seems like clickbait to target one woman and harm all rape victims who've ever had housing or financial problems in the past. What a worthless string of words.


i think about this study about the impact of rape myths in news headlines often. it showed that men exposed to headlines with myths like "she's lying" or "she asked for it" more likely to hold rape-supportive attitudes.


lol the woman who wrote this [POLITICO] literally has joe biden in her bio *and* header. yeah, not biased at all. lmaooo 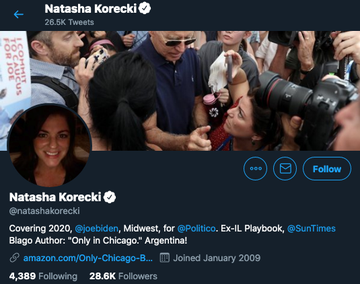 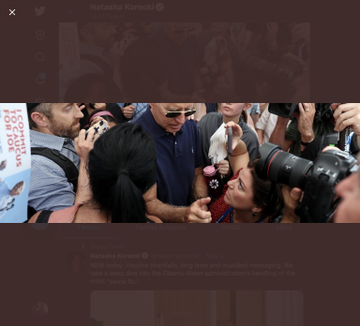 let's be real. people are going to kiss Biden's ass. many people have no problem throwing rape victims under the bus if it boost their access to the nominee. what's a little perpetuating rape culture for everyone when you can get a personal career boost?

as someone who has read multiple sexual assault investigation manuals, i know that her piece would be entirely too biased to be admissible. she is not an impartial party. she has her own motivations and influences, too.


"It is important to train reporters and journalists on how to frame sexual violence stories because this change could denote “rape culture” and promote a change in how we treat sexual violence in the world."

"The way that most of the media reports on sexual assault cases creates further misery and damage to the victims." 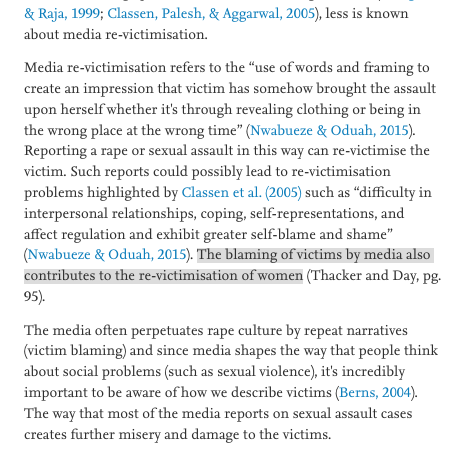 I saw you tweet this and had a visceral reaction.

Same. I first saw it hours earlier, but I was so sick and angry I had to wait before tweeting. This is every abuse victim's nightmare.