Kat: 2008 was not a good year for music. Surprising when you consider that the political chant for the year ("Yes, we can!") was nothing but a crib from the Pointer Sisters and, as usual, few even bothered to give credit. 2008 was meaningless. Over and over. Nothing built on breakthroughs from before, nothing broke worth noting.

Let's start with my pick for the best CD of the year, The Very Best of Linda Ronstadt. (All links go to original reviews unless stated otherwise.) Did the collection come out in 2008? No. 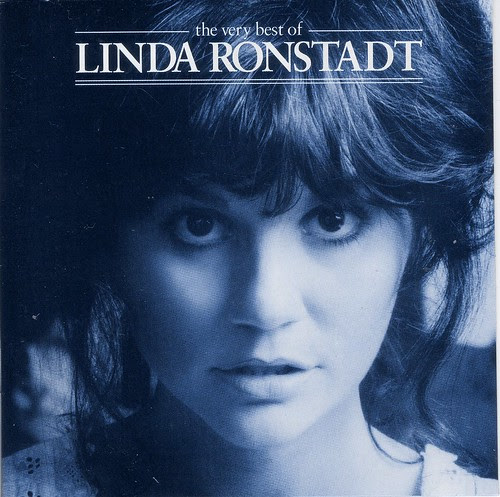 And I thought about selecting something else. But even the CDs I enjoyed didn't speak to the year the way the collection did.

First off, "When Will I Be Loved" would be used at one point in an online video to illustrate the non-stop sexism that Hillary faced from the media in the Democratic Party primaries. A brilliant call and, as 2008 found everyone making like Spanky with his own personal Woman Haters Club, a telling one as well.

I probably watched that video thirty times online when it was released which is saying a lot because there wasn't any time. We were on the road non-stop. And when we started spending the weekends in Puerto Rico in the lead up to their primary -- about six weeks before their primary -- we never even made it home. Usually Wally, Ava, C.I. and I are on the road during the week and get home time on the weekend. We didn't in the final weeks of the Democratic Party primaries. And that was probably how we ended up that first weekend in Puerto Rico with me having packed no music. At a gas station, they had some CDs. I grabbed Linda Ronstadt and, as a bonus, it was a bargain price.

That first weekend it was C.I., Ava, Elaine, Trina and me and the numbers would increase with each weekend. I was bummed that we only had one CD (Linda) and bummed that I'd forgotten to pack some. I cranked the car and we headed off in search of the first stop. With Linda blasting.

We didn't need to assign parts as we sang along, we all just seemed to instinctively know which sections our voices fit best on. We sang along with nearly every track (I believe "Adios" was the only song that a few didn't know the words to).

You should have heard us attacking the chorus on that one. Or getting really quiet to sing along with Linda's cover of "Tracks Of My Tears." And you know we went to town on "You're No Good."

It became the must-listen to CD each weekend when we went to Puerto Rico. At one point, there were probably twelve of us, a group of women ranging from early twenties to "Ye Olden Times" (as Ruth jokes about herself), rolling down the road, jamming to the music and we knew the songs and we sang the songs. And we had so much fun.

And it really drove home in that moment how much the communal feeling has left popular music. The Very Best Of Linda Ronstadt is a bargain at any price and I recommend it highly just as the amazing collection of the incredible work Ronstadt has done. However, it really drove home how niche-marketed we've all become.

For being amazing music, for speaking to today in so many surprising ways and for the sense of shared community, The Very Best Of Linda Ronstadt is my pick for album of 2008.

The second most amazing album this year was Augustana. If I had not seen them live three times in 2008, they might be higher up on the list; however, as great as Can't Love, Can't Hurt was and as much as I loved it, it is nothing compared to this group live. In a year that offered so little, Augustana was a holy offering -- if sacrament rocked. "Sweet and Low" was the best single of 2008.

There were three other bright spots in 2008 and they more or less all tie for third place. Aimee Mann offered up , @#%&*! Smilers which maintained her hold on the title of finest songwriter of her generations. Carly Simon released This Kind Of Love, a long overdue collection of new songs by the finest songwriter of her generation. Jack Johnson used Sleep Through The Static to finally prove that his fan base was correct and he could be all the amazing things they'd long said he was.

So that was my top three and took up positions one through five. It should be easy to fill out a top ten with five slots already taken, right? Wrong. Lenny belonged the list, no question. But rack my brain though I did, no one else qualified.

Lenny Kravitz' It Is Time For A Love Revolution was the last of the strong CDs, the last of the ones worth listening to for the year. Maybe that's not such a bad note to go out on because it is strong?

For many months, I toyed with reviewing the new Richie Havens CD. I like Richie Havens. And I really wanted to like the new CD. At first I thought it was me. Then, after several listens, I worried I was holding Richie up to an impossible standard of not tolerating the normal changes that happen to one's voice with age? Then Maggie told me, "Kat, his Jackson cover sucks." Like the child pointing out the ruler was nekkid, Maggie got right to the heart of it. Richie covers "Lives In The Balance." Why? Really, why? There's nothing new brought to it and it really doesn't fit Richie's CD. (Jackson Browne's "Anything Can Happen" would have fit the CD.) And, point of fact, as Maggie so aptly put it, his version of it "sucks."

They can't always be winners. David Bowie never liked Barbra Streisand's cover of his "Life On Mars" and Mick Jagger never liked Otis Redding's cover of the Stones' "Satisfaction." Jackson Browne may like Richie's cover of his song. If so, I'd suspect it's only because he's getting royalties off it.

Richie was disappointing. Three other acts were just awful.

Consider them the Suckfest Three.

"You are trying to destroy Coldplay!" opened an e-mail when I offered that the band can play but Chris Martin needs to learn to write a damn song. Viva La Vida sucked and I waited months to break that news. What passes for rock radio today was pimping the hell out of the CD and the music press was playing it as if Coldplay was the last chance for musicians. So I waited and waited and waited to break the news on what a sucky album it was. It was after it fell from number one that I told my truth but that was still too early for some. Coldplay is three singles plus "A Rush Of Blood Through The Head" and that's all they ever will be until Chris learns what's what. Embarrassing.

Which also describes Punk Chick Chrissie Hynde. Fawned and fussed over, begged to come out of her shell, Chrissie's spent the last two decades serving up s**t burgers and telling you they were vegan. She's gotten away with it because no one wants to scare off Chrissie. She might not ever record another album and where would be? We'd be left without her corny and melodramatic AOR power-ballads. And, as Break Up The Concrete proves, that wouldn't be such a bad thing.

And then there was Labelle. A vocal group making its comeback as . . . a lead singer and two backup vocalists. Back To Now also managed the feat of a female empowerment anthem that (a) insulted women and (b) ripped off Roberta Flack's hit "Oasis." For decades, fans waited for the three women to regroup and, when they did, they issued a Patti solo album that Nona and Sarah basically added "ooohs" and "ahhhs" to. Except for the "Oasis" rip-off, it works very well as Patti solo work. It just sucks a regrouping of one the most inventive vocal groups of the 70s.

And that's 2008. A year so bad that it was impossible to even get a solid top-ten-best out of. Past years had seen such strong work by Neil Young, Holly Near, Ann Wilson, Ben Harper and so many more. This year everyone appeared to be laying low and about half who showed up should have stayed home.

C.I.'s "2008: The Year of Living Hormonally (Year in Review)" went up this morning and it was fantastic. As was "2008 in books (Martha & Shirley)" -- Martha and Shirley's book commentary which went up Tuesday and Ruth's "Ruth's 2008 Public Radio Report" went up yesterday.