1. The Iraqi Police hate the Iraqi Army.
Sounds like a poorly-scripted domestic dispute -- wife clawing at husband, husband slapping wife. And it is. Everybody's heard of the conflict between the Sunni and the Shi'a, but few are aware that the Ministry of the Interior hates the Ministry of Defense and, by proxy, the local cops hate the hometown troops. (Note to self: the U.S. State Department isn't exactly on the best terms with the Pentagon, either.) While I was in Iraq, nobody could quite explain to me the roots of the problem, but it all looked like the usual turf war, with two government rackets fighting for lucrative territory.
Since Iraq is still in a state of emergency, the army is actively involved in the internal security of the country, stepping with their military boots on the bare toes of the cops. As one Iraqi police general, Abdul Kareem Hatim, complained to me, "Right now our biggest problem is the Iraqi army. We want the army out of internal security, out of the cities. When a bomb goes off, the police and the army start arguing who's responsible for the breach of security. We need the army out, so we can take full responsibility. All the security breaches happen because of lack of coordination." The main problem in Iraq today, if I had managed to follow his logic correctly, was not too little security but too much. I wonder if the road to peace in Iraq might not be getting rid of the security forces altogether.

That's from Dimiter Kenarov's "Five Things Obama Won't Tell You About the End in Iraq" (Esquire) and we're noting it (and opening with it) because a friend at Esquire called in a favor. Barack told more of his pretty lies yesterday. No 'combat' troops in Iraq after the end of the month. The lunacy may be best documented in a report by Chris Roberts (El Paso Times) where it's explained that some Fort Bliss soldiers will be leaving Iraq by the end of the month but 1,000 will be remaining. Same group of soldiers but suddenly they're 'non-combat.' With a wave of a wand.

Meanwhile Lu Hui (Xinhua) reports a wave of attacks today on police officers in Baghdad with 5 dead and fourteen injured and one group of assailants planting "the flag of al-Saida's self-styled Islamic State of Iraq on the site before they fled the scene". Yesterday Barack claimed success but Stephen Farrell (New York Times) points out, "Electricity -- or the lack thereof -- remains more than a complaint. It has become a central benchmark by which Iraqis judge the post-war order. And, almost universally, they judge it to have failed in this regard." On Morning Edition (NPR) today, Steve Inskeep speaks with the Commission on Wartime Contracting's Grant Green who explains that contractors are going to be overseen by the State Dept and that they will be doing fucntions which are "very close to combat." There will be the fortress/US Embassy and there will be five outposts around the country. Outposts. State Dept outposts. Yesterday on All Things Considered (NPR), Michelle Norris spoke with Anthony Shadid (New York Times) about the situation on the ground in Iraq.


Anthony Shadid: Well you know we're experiencing what's turned out to be a remarkably long stalemate that followed Iraqi elections in March. Iraqis went to the polls, the elections by most accounts were pretty successful. But what's followed has been basically a standoff between the winners of that election. It's nearly five months now and that stalemate seems to be nowhere near reaching an end. In fact, some predictions are saying they could last weeks, even months longer. What it leaves us with in Baghdad is basically political paralysis, a dysfunctional political system, an environment where you haven't had a law passed in months, you don't have a government and you have minisitries adrift and perhaps even security forces fraying around the edges with no leadership in the country.

The following community sites -- and Al Jazeera -- updated last night and this morning: 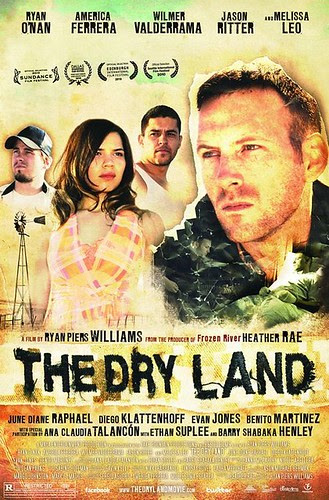 Today, Obama made remarks about Iraq to a veterans group convention in Georgia. The New York Times today published a piece titled "A Benchmark of Progress, Electrical Grid Fails Iraqis."

Obama made no mention of it, but today is the 20th anniversary of Iraq invading Kuwait and the beginning of the buildup to the early 1991 Gulf War.

DENIS HALLIDAY
Available for a limited number of interviews, Halliday is a former assistant secretary general of the United Nations and headed the humanitarian effort in Iraq during the 1990s until resigning in protest over the economic sanctions on Iraq.


JOY GORDON
Gordon is author of the new book Invisible War: The U.S. and Iraq Sanctions. She said today: "Twenty years ago Iraq was subjected to the most severe economic sanctions in the history of global governance, followed by a war in which the U.S. and its allies systematically destroyed all of Iraq's infrastructure -- electrical generators, water treatment plants, roads, bridges. When the occupation began in 2003, also led by the U.S., there was massive corruption on the part of U.S. agencies, and virtually nothing was done to rebuild and to restore critical public services. For the last 20 years, the U.S. has continuously imposed destruction and hardship on Iraq. We must really consider that the U.S. presence is one of the significant sources of violence in Iraq, not a force for peace or stability."


HADANI DITMARS
Ditmars, author of Dancing in the No Fly Zone, has been reporting on Iraq since 1997 when she wrote a feature for the New York Times. As a co-editor at New Internationalist, she recently traveled to Iraq during the March elections to write and photograph the May issue, "Iraq, 7 Years Later, the Legacy of Invasion."

According to Ditmars, "Almost a fifth of Iraq's population are refugees or internally displaced, and almost half live in abject poverty -- despite $53 billion in 'aid' spent since the 2003 invasion (funds that lined the pockets of foreign military contractors and corrupt officials but left 70 percent of Iraqis without potable water or predictable electricity)."

BBC News recently reported: "A U.S. federal watchdog has criticized the U.S. military for failing to account properly for billions of dollars it received to help rebuild Iraq. The Special Inspector General for Iraq Reconstruction says the U.S. Department of Defense is unable to account properly for 96 percent of the money. Billions have gone to rebuild Iraq but much of the money is impossible to trace, says a U.S. audit. Out of just over $9 billion, $8.7 billion is unaccounted for, the inspector says."


PHYLLIS BENNIS
Bennis is a fellow of the Institute for Policy Studies; her books include the 2009 Ending the Iraq War: A Primer. She said today: "No question Iraq's invasion of Kuwait was a violation of international law -- but it was hardly the first country in the region to invade and occupy a neighbor. Bush Senior's decision to use that violation as justification for a unilateral war, however masked in forced UN endorsements, was not about Iraqi human rights violations -- which the U.S. had long accepted and even helped by providing arms to use against Iran, money, and seed stock for biological weapons. Certainly it was about control of oil and preventing either of the two potential regional powers (Iraq and Iran) from challenging U.S. domination in the region. But the most important reason Amb. April Glaspie gave Saddam Hussein at least a 'yellow light' anticipating his invasion of Kuwait was to maintain Washington's position as a global super-power when its super-power rival, the Soviet Union, was collapsing.

"There is no question that the aftermath of that war, including the devastation caused by years of U.S.-driven sanctions and the invasion and occupation that began in 2003, was one of the major causes of violence against Americans in the Middle East and beyond."