Admiral Mike Mullen, Chairman of the Joint Chiefs of Staff If you are a service member or veteran who was involuntarily extended under Stop Loss between Sept. 11, 2001, and September 30, 2009, you are eligible for Stop Loss Special Pay. Be sure to send in your claim form before the Oct. 21 deadline; the average benefit is $3,700. See www.defense.gov/stoploss for more informa...tion. If you know someone who may be eligible, tell a friend!

Adm Mullens is the Chair of the Joint Chiefs of Staff. We noted the above in two snapshots last week and in two morning entries; however, we were never able to lead with it as I wanted to do to be sure it was seen by any and all just driving-by the site.

If you're e-mailing to get something highlighted, it may or may not be. This weekend, a friend was very upset that I wasn't highlighting their movie, The Dry Land, which is Iraq-related. I had said I would but (a) didn't realize it opened over the weekend in three areas (Los Angeles, New York and Dallas) and (b) juggle a ton of things that need to be noted. If I've got friends upset because I haven't yet found time to note something and you don't me, you need to wait your turn and realize your turn may never come. That's in response to some of the agitated e-mails over why didn't I note this or why didn't I note that. Last week, there was one thing that was not going to be noted. An otherwise solid piece of writing used the homophobic term some lefties have taken to using to describe right-wingers. We don't use that term. It's been covered and covered. We will never use that term and I will never link to any piece of writing that I know has that term in it. It's homophobic. I'm sorry that you find it so cute and amusing and can't let it go. That goes to your own homophobia. But that person got an e-mail from Shirley or Martha on my behalf explaining that it was a great piece but that one word kept us from linking to it. Otherwise, we will try to work through as much as possible as quickly as possible and if it doesn't happen, oh well, it didn't happen. Again, friends are waiting for things so strangers certainly can.

PRI's The Takaway (heard on many NPR stations and streaming online) today explores the invasion of Kuwait by Iraq twenty years ago today with the Christian Science Monitor's Caryle Murphy and New York Times' Michael Gordon.

We will not note Iraqi exceptions in the US. Excuse me, but decades ago I caused a stir as an undergraduate when I refused to go along with the Happy Talk of White people from South Africa who gave interviews to the press (including the campus paper) 'explaining' that Blacks in South Africa had everything they needed and wanted and that Nelson Mandela was lucky to be in prison because he had so many more comforts than he'd have otherwise. No, they never got that their assertion that Mandela would have more freedoms in prison than out sort of undercut their other claim of how wonderful things were for Blacks in South Africa. I've never fallen for that crap. A select group of 'ambassadors' are chosen to attend universities in the US and part of their tasks is to put a happy face on their country. I don't fall for that crap. So I don't highlight the brigade of Happy Talkers from Iraq. You can't shame me into highlighting them (though two try in e-mails today). Sorry, you don't me. When I stood up against the White liars from South Africa, most people in the US didn't even know who Nelson Mandela was. It was not a popular position I took. And I never regretted taking it. So if you think your e-mails can shame me, you're fooling yourself. For those who missed it, Dirk Adriaensens's "Iraq: Massive Fraud And Corruption In Higher Education" (CounterCurrents) was published almost a year ago:

Nouri al-Maliki has asked the diaspora elite and academics in exile to return to Iraq to help rebuild the country. But the BRussells Tribunal warned on 26 April that “those academics who return are finding jobs few and the welcome far from warm”[6]. The statement further alarmed the academics who are invited or forced to return, to be aware of criminal acts like kidnappings or assassinations. Why asking the Iraqi professors to return if you drive them out first, and when they eventually return they’re not given their jobs back?
“Many of my academic friends tried to go back from Syria and Jordan to Iraq. The Educational Institutions refused to hire them back and refused to transfer their kids to their universities as decreed in a Higher Education Ministry decision. One of them is my sister. She tried to transfer her daughter to the University and they refused. When she confronted them with the Ministerial decision to accept the forced migrated persons’ children in Iraqi State Universities, they told her: “ let the minister take his decision and please get the hell back to.... [Syria, Jordan]”, writes an Iraqi professor.
The decision to send 50.000 students abroad is very contradictory: on the one hand the educated class has been driven into exile or is still being assassinated and 6 years of occupation has left the education system in ruins; on the other hand 10.000 students will be sent abroad every year? Is this decision meant to further erase the collective memory and culture of Iraq? Is it serving a sectarian and an occupation agenda? An Iraqi professor answers:
"I think this is what’s really happening. They are sending people abroad based on their sectarian backgrounds and not their skills, intelligence, grades or performances. To avoid the competition, they are changing the names on exam notebooks to cut off the road for any “unwanted” honour student who might be from a decent anti-sectarian or anti-occupation family to have one of these scholarships”.

In veterans news, Leo Shane III (Stars and Stripes) reports that VA Secretary Eric Shinseki is insisting that the VA is making improvements; however, "Nearly 200,000 veterans have been waiting at least four months for benefits claims to be approved, a figure veterans groups have blasted as an embarrassment for the department." Meanwhile, as last week ended, US House Rep Brad Miller's office issued "Miller, Burr Call for Full Accounting of $6.3 Million and All Research:"

(Washington, DC) U.S. Senator Richard Burr, the Senate Veterans Affairs Committee Ranking Member and House Science and Technology Subcommittee on Investigations and Oversight Chairman Brad Miller (D-NC) have sent aletter to General Eric Shinseki, Secretary of the Department of Veterans Affairs, requesting a full accounting of how $6.3 million designated for the study of traumatic brain injury for veterans has been spent and a full description of all other research being conducted on this serious injury.
"The Veterans Administration needs to explain diverting millions set aside to provide clinical services and research on traumatic brain injuries suffered by our returning soldiers," Chairman Miller said. "The money was simply not used as it was intended."
In 2004, the VA transferred $6.3 million to the Central Texas Veterans Health Care Services (CTVHCS) to establish a brain imaging center to study the treatment of Traumatic Brain Injury (TBI) and Post Traumatic Stress Disorder (PTSD), more pronounced and more common in current wars because of the size and the signature of the weaponry being used to attack individual soldiers.
In a letter dated July 23, 2010, Chairman Miller and Senator Burr wrote, “the center was to use MRI equipment at the University of Texas in Austin to treat and monitor thousands of TBI veterans in Texas. The center, called the Brain Imaging and Recovery Laboratory (BIRL), opened in January of 2006, but the VA did not hire a center director/brain researcher until January 2007. When Dr. Robert Van Boven arrived to head the center, he found that more than $2 million had already been spent, some of it for a study of diabetic retinopathy which had no relationship to traumatic brain injuries or the overall purposes of the center.”
Dr. Van Boven was removed as center director, reassigned and terminated after raising concerns about the misuse of the funds.
"Congress understood the need for further research into Traumatic Brain Injury and appropriated funding for critical VA research on TBI,” Sen. Burr said. “In return, the VA squandered its funds and missed an opportunity to contribute to the body of knowledge on these complex battlefield wounds. I have called many times for greater transparency in the VA. This letter seeks clear answers about the shoddy administration of the Brain Injury and Recovery Laboratory in yet another effort to reinforce the need for proper oversight and responsible spending at VA."
A VA's Office of Inspector General determined that none of the funds had been used for clinical services for traumatic brain-injured veterans or research that would result in effective treatment and concluded that funds were misspent or used improperly.
In 2009, the brain imaging project was removed from the University of Texas and placed in the VA's Center of Excellence for Research on Returning War Veterans, a Waco facility affiliated with the Texas A &M Medical College. By that time, there was only $2 million left of the original funding which would be used to fund the move and terminate the facility lease at the University of Texas.

The VA needs to get its house in order and that's putting it kindly. 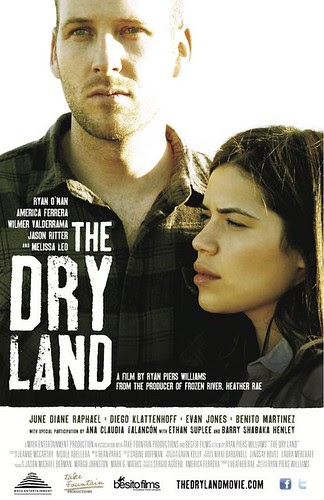 
We'll close with this from David Swanon's "War Scheduled to End Same Day as World" (War Is A Crime):

Andrew Bacevich's new book, "Washington Rules: America's Path to Permanent War," is a good summary of the past 65 years' worth of war thinking in Washington, D.C. "Prior to World War II," he writes, "Americans by and large viewed military power and institutions with skepticism, if not outright hostility. In the wake of World War II, that changed. An affinity for military might emerged as central to the American identity." For the past 65 years or so, Bacevich writes, these beliefs have been Washington's "sacred trinity":
"an abiding conviction that the minimum essentials of international peace and order require the United States to maintain a global military presence, to configure its forces for global power projection, and to counter existing or anticipated threats by relying on a policy of global interventionism."
The people putting this expansion of Manifest Destiny into practice, Bacevich writes, have not fundamentally been presidents, as everyone believes, much less Congress, as the Constitution would have had it. "Pretending to the role of Decider, a president all too often becomes little more than the medium through which power is exercised."
Bacevich highlights the roles of two men in establishing structures of war power, Allen Dulles at the CIA and Curtis LeMay at Strategic Air Command. They established the power, for themselves and their successors, respectively, to do anything at all in secret, and to determine nuclear weapons policies. And they established the practice of lying about Soviet military threats as a means toward escalating the already dominant U.S. military.