Kat:  2012 was not a good year for music.  It was scattershot with no emerging trends (good or bad) and artistry would arrive only to be ignored over and over.  People were still pretending that certain artists could sing when they can't and, being unable to hit five notes, they rely on half notes which is why listening to so much popular music today can give you a headache.  A friend who's a dee jay sent me a sound wave of Katy Perry's awful "Wide Awake" stripped of all instrumentation.  To hear the off-key vocal is to remember that what Perry sounds like singing used to be ridiculed.  Specifically, radio stations would strip away all the musicians and Paul McCartney's lead vocals so you could hear what Linda McCartney's singing actually sounded like.  If Linda were alive today, she could win several Grammys.

These are tonal nightmares.  And the straining voices, forever breaking, are an embarrassment.  NPR, always quick to play the stupid card, did a story in 2012 about how songs were using minor keys.  They never get it at NPR.  We're not getting the full, warm, full bodied notes because we don't have many people who can sing that way (and also meet the label's notion of what is 'hot').  So instead we get caterwauling and keening.

When I started covering music here in 2004, I was always convinced that rock would somehow save us.  That, as rock in the 60s replaced pop, and as punk rock revived a dying genre in the 70s and as grunge did the same in the 90s, rock had to be just around the corner waiting to save us again.

Watching the documentary Hit So Hard: The Life and Near-Death Story of Drummer Patty Schemel, I was reminded yet again of the power and glory of rock.  And I wondered yet again why it has forsaken us?  Maybe because rock can't rock when it's busy licking the boots of power?  And Ani DiFranco certainly demonstrated how awful a whore to power can sound. 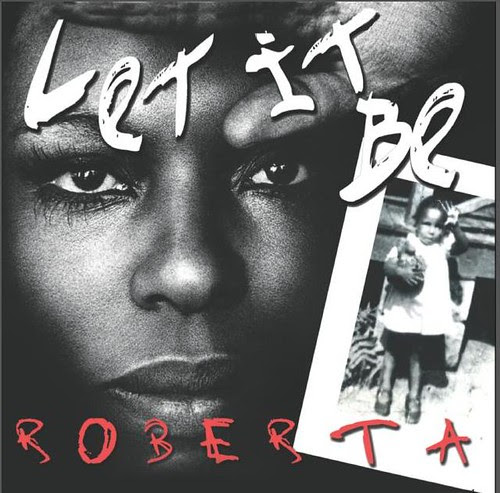 Topping the year's best was Let It Bee Roberta: Roberta Flack Sings The Beatles.  Roberta's amazing vocals are still worth noting but getting far less attention (but still deserving of praise) was her skills arranging and producing.  Stevie Wonder may have been the only other 70s artist to navigate the sound board as skillfully as Roberta.  This album would have been a godsend any year.  She finds her own way into these Beatles classics and gives them new life and meaning in a way that only true song masters (Frank Sinatra, Judy Garland, Billie Holiday, etc.) can.  My favorite track remains "I'm Looking Through You" but I wouldn't argue loudly with anyone who selected something else from this rich album.

Second place goes to Heart's Fanatic.  When I feel like giving up on rock, along come the Wilson sisters who believe in its power even more firmly than I do.  I still marvel over the layers and textures and "Marshalla" has become the song to beat on the album for me after many listens. At a certain point, many bands begin to sound like pale copies of themselves.  To avoid that, they may do something like Rod Stewart and go off into another genre.  Leave it to Ann and Nancy Wilson, the most underrated of rock stars, to demonstrate that rock is alive and kicking (and let me plug their book from 2012, Kicking and Dreaming).

Third place is Animal Collective's Centipede HZ which again demonstrates that the group is at its best when it's not following any patterns or trying to achieve standard success.  If they can follow the rabbit fully down the hole for the next album, they may become the biggest band of the decade.

I never got to do a review for the album at fourth place, Neil Young's Psychedelic Pill.  It came out at the very end of October.  I listened and liked it but didn't feel the need to review it because (a) I'm naturally lazy and (b) I liked it, I didn't love it.  Then I heard C.I. singing a great song and when she noticed I was staring and took out her ear buds, I asked what it was?  "Driftin' Back."  The opening cut from Neil's new album with Crazy Horse.  Crazy Horse brings energy and life but sometimes it can be at the expense of what Neil's saying.  I never really got, for example, "After The Gold Rush" until Linda Ronstadt, Emmylou Harris and Dolly Parton did a cover of it.  So that was right before Thanksgiving and I knew I had to give the album a fresh and closer listen.  I did for two weeks and toyed with including it in the review of the awful Rolling Stones collection but thought maybe I'd find time to give it its own review.  No such luck.  But this is a great album and another classic from Neil.

Bonnie Raitt slips in at number five with Slipstream.  This was a confident and welcome return from an artist who has a lot to say.  I have a feeling it would be higher on many best-of-the-years lists (it would be higher on mine) had the press around the release not focused so much on what was left off the album and what was planned for the follow up.  In other words, Bonnie served up a delicious album.  But what's being promised is a lot more than delicious.


Number six is Teramaze's Anhedonia.  A guy I was dating turned me on to this back in June.  There;s not really a way to review the groove and power in words.  This is an Australian band and I like to think of them as a jam band working in the heavy metal genre.  If radio had any guts today, the title track would have been the soundtrack of 2012.


Number seven found Susanna Hoffs returning as a solo act and finally nailing it with Someday.  This is the album her fans always hoped she'd make, assured and sparkling like the grass after a light rain.   If you haven't heard the album yet, check out Susanna on NPR's World Cafe and see if that doesn't make you want to download.


Number eight is Alanis Morissette's Havoc and Bright Lights.  As noted in my review:


The original queen of the f**ked up, the woman who wanted the world to know she would "go down on you in a theater" after -- after -- you dumped her for another woman, the woman who name-checked and, yes, thanked disillusonment, who offered "Versions of Violence" has returned.   And as Alanis demonstrates on "Havoc," she's still more interested in what lies underneath than in the shiny surface.


I honestly think this is one that will be ranked even higher by me in another year.  Repeat listens have only made me love it more.  If it had come out earlier in the year, I'd probably have it higher but it's still growing on me.

Grafiti6, if only they could make an album that sounded like the way singer Jamie Scott looks. 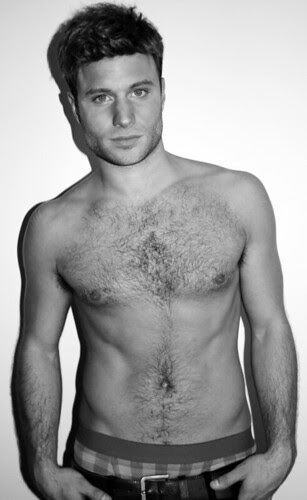 At number nine chiefly for the track "Free" from their album Colours. Hopefully, the follow up will contain more of the sexual abandon and pain of "Free."  The rest of the album had some strong tracks but only "Free" lived up to the image Jamie Scott's projecting in the photo above.


Number ten?  Not Your Kind of People.  Garbage.  There's no denying Shirley Manson's talent.  She's got range, she's got pitch, she's got power. Sadly, she's also got this band. Specifically Butch Vig.  The awful producer who harmed and destroyed many a grunge rock band, put together Garbage and though Shirley is much more than the parts, it's hard to take the band too seriously as a result of Vig.  Which is a real shame because Not Your Kind of People was the most cohesive statement the band's had yet and makes their classic "I'm Only Happy When It Rains" sound like "Walking On Sunshine" by comparison.  Another album like this one and even I'll have to take the band a lot more seriously.