Billion Would Starve Even in Limited Nuclear War (Sherwood Ross) 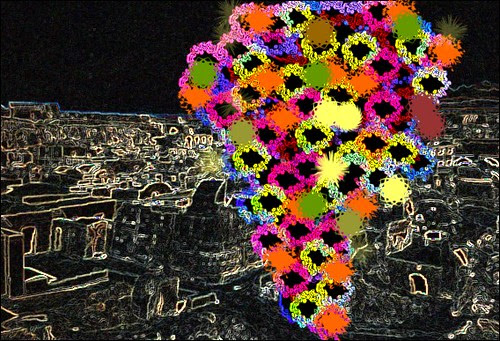 Billion Would Starve Even in Limited Nuclear War

ONE BILLION PEOPLE WOULD STARVE
FROM EVEN "LIMITED" NUCLEAR WAR

"The world as we know it could end any day as a result of an accidental nuclear war between the United States and Russia," a prominent environmental scientist warns.

"With temperatures plunging below freezing (as a result), crops would die and massive starvation would kill most of humanity," asserts Alan Robock, Distinguished Professor of the Department of Environmental Sciences at Rutgers University, New Brunswick, N.J., and a leading authority on nuclear winter, with its catastrophic effects on the global food supply.

Robock will present his new information in a speech to be delivered at a conference on "The Dynamics of Possible Nuclear Extinction" Feb. 28-March 1st at the New York Academy of Medicine, 1216 Fifth Ave., sponsored by the Helen Caldicott Foundation For a Nuclear Free Future of Asheville, N.C.  (Press invited to cover.)

(Nuclear Weapons) "would never be used on purpose by the major powers, but could be used by accident. Some countries might use them in a moment of panic, or in response to imagined threats and insult, or in a fit of religious hysteria," Robock asserts. "The arsenals of nuclear weapons states set a bad example for the world, encouraging proliferation, and they could kill us all."

He goes on to say that a nuclear war with each of two adversaries using 50 Hiroshima-sized atom bobs as airbursts over urban areas "would inject so much smoke from the resulting fires into the stratosphere that the climate change would be unprecedented in recorded human history."

Robock says climate model simulations find that the smoke would absorb sunlight, making it dark, cold, and dry at Earth's surface and produce global-scale ozone depletion with enhanced ultraviolet(UV) radiation. "Crop models show that it would reduce agricultural production by 10-40% for a decade. The impact of the nuclear war simulated here, using much less than 1% of the global nuclear arsenal, could sentence a billion people now living marginal existences to starvation," he asserts.

That could come about, say, from the cooling after a nuclear war between India and Pakistan, Robock explains. Calling on the United States and Russia to "set an example for other current and potential nuclear states," Robock says the only way to avoid a global climatic catastrophe would be to reduce each of their arsenals well below new START levels.

(START is an acronym for the Strategic Arms Reduction Treaty signed by America and Russia on February 5, 2011, that reduces the number of nuclear weapons and launchers that the U.S. and Russia deploy.) "The time is now to quickly reduce our nuclear arsenals," Robock states. "Their costs are enormous to any nation building them. They cannot be used, and their continued existence makes the world a much more dangerous place."

He cites President Obama's statement in Prague five years ago to the effect that "The existence of thousands of nuclear weapons is the most dangerous legacy of the Cold War…In a strange turn of history, the threat of global nuclear war has gone down, but the risk of a nuclear attack has gone up. More nations have acquired these weapons… As the only nuclear power to have used a nuclear weapon, the United States has a moral responsibility to act." #