Starting with US politics, yesterday Hillary Clinton suffered a stunning loss in New Hampshire as voters in that state's Democratic Party primary overwhelmingly chose Senator Bernie Sanders while rejecting her to be the party's presidential nominee.

Among her problems with voters?  Her 2002 vote for the Iraq War.

While Hillary eventually would term the vote a "mistake," that only created more problems for her.

When most people were taught by parents and/or guardians about mistakes, they were taught not only to admit to their mistake but to make some good faith effort to fix the mistake.

Hillary keeps insisting she has some fabled foreign policy knowledge.

But if her vote for the war on Iraq was a mistake -- and if she's so smart -- where is the effort to make good on her mistake? 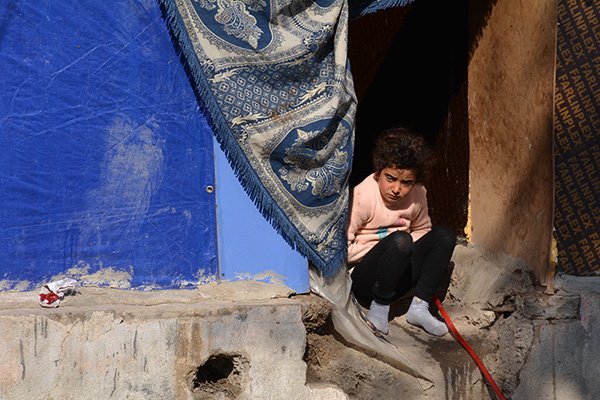 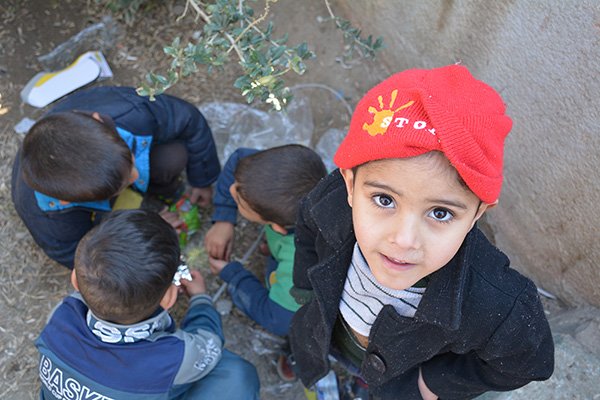 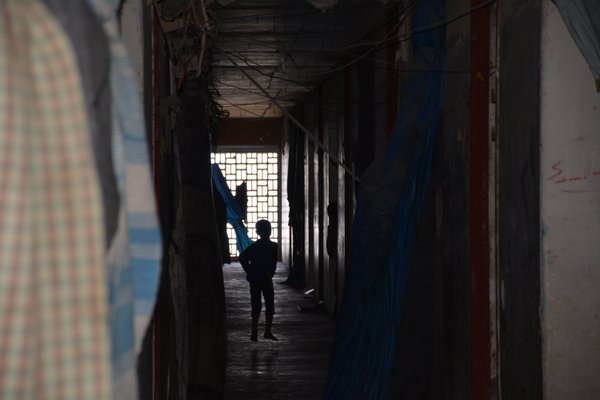 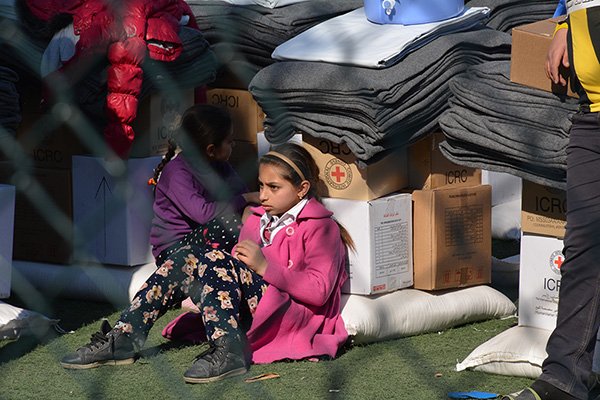 She's done nothing to help or advocate for the children pictured above.

Adam Carlson (PEOPLE) quoted Hillary stating, "It will affect my being, not just my thinking. [. . .] Having that next generation right there and thinking about everything you want to do both personally but in our cases, publicly and professionally, to give that child the best chance in life to be all he or she can be, that is profoundly moving to me."

Is it profoundly moving to her?

It's a tiny and limited sort of 'profound,' one that doesn't go beyond her own family.


A mistake, she insists, she made but she's not doing anything to help the children in Iraq with birth defects.

This is from Justice for the Babies of Fallujah:

In 2014, Dahr Jamail (TRUTH OUT) reported on the increase in birth defects and how "Iraqi doctors and prominent scientists" argue this is the result of the US using Depleted Uranium:


It is estimated that the United States used 350 tons of DU munitions in Iraq during the 1991 war, and 1,200 tons during its 2003 invasion and subsequent occupation.
Official Iraqi government statistics show that, prior to the outbreak of the first Gulf War in 1991, the country's rate of cancer cases was 40 out of 100,000 people. By 1995, it had increased to 800 out of 100,000 people, and, by 2005, it had doubled to at least 1,600 out of 100,000 people. Current estimates show the trend continuing.
The actual rate of cancer and other diseases is likely to be much higher than even these figures suggest, due to a lack of adequate documentation, research and reporting of cases.


According to Iraqi government statistics, the rate of cancer in the country has skyrocketed from 40 per 100,000 people prior to the First Gulf War in 1991, to 800 per 100,000 in 1995, to at least 1,600 per 100,000 in 2005.
The culprit behind all of these health issues is depleted uranium, a byproduct of uranium enrichment. With a mass fraction a third of what fissile uranium would have, depleted uranium emits less alpha radiation — up to 60 percent less than natural uranium, according to the U.S. Department of Defense. This “relative” safety offered a rationale for many nations — particularly, the U.S. — to put the waste material to use.


Hillary insists she made a mistake and should be forgiven for that mistake.

But she's made no effort to make good on her mistake.


She insists she's fueled in her motivation by being a grandmother but she has no concern for the children of Iraq.

She's given lip service to the issue of Iraq, she's made no real effort to make amends for her vote.


Strikes in Iraq
Attack, fighter and remotely piloted aircraft and rocket artillery conducted 18 strikes in Iraq, coordinated with and in support of Iraq’s government:

-- Near Baghdadi, a strike destroyed an ISIL supply cache.

-- Near Habbaniyah, a strike struck a large ISIL tactical unit.

-- Near Haditha, a strike destroyed an ISIL vehicle.

-- Near Kirkuk, a strike destroyed an ISIL vehicle.


Barack's been bombing Iraq from the air since August of 2014.

Before he started bombing Iraq, Barack was stating that the only answer to Iraq's crises was a political solution.

However, the US has done damn little to ease the government of Iraq towards a political solution.

It just been bomb, bomb and bomb again.

And the persecution of the Sunni people in Iraq by the government has continued.

The simple fact is that there’s a huge population of Sunni Arabs in particular who’ve been totally abandoned by the political regimes of Mesopotamia. In Iraq, Shiites have consolidated power in Baghdad, while Alawites and other Syrian minorities have hunkered down in the regime-controlled portions of Syria. Meanwhile Kurds on both sides of the border have coalesced into their own quasi-autonomous regions.

And today in DC, US House Rep Eliot Engel declared, "I have one final question.  I have been having discussions -- in fact, the Chairman and I have been having discussions -- with some of our Sunni Arab friends and they express to us frustration at the United States not being more of a player that's deeply involved, that we seem to be reluctant to be -- to be involved.  They paint a picture of the fact that they're ready to come forward, if we come forward, if we lead, they're ready to do it.    They describe a reluctance on the part of the United States to get involved."

He was speaking at the House Foreign Relations Committee to Barack's Special Envoy Brett McGurk.  Engel is the Ranking Member of the Committee, US House Rep Ed Royce is the Chair.

Instead, we'll note this exchange from today's hearing.

US House Rep Ron DeSantis: Mr. McGurk, you just said that there will still be a global jihadist problem and I agree with that [if the Islamic State is defeated].  And I notice that in your written testimony, that there was not any reference explicitly to either Iran or Hezbollah -- particularly with respect to the destabilizing role they both play in Iraq and in Syria.  You know, they've murdered Sunni civilians and Assad obviously drives people, Sunni Arabs, who if the choice is between a militant Shi'ite force or government backed by Iran or ISIS -- which is at least Sunni -- many of them are driven to ISIS.  So is the exclusion of Iran's contribution to the problem deliberate or is it just something that you omitted?

Special Envoy Brett McGurk:  No, certainly not.  Let me -- uh, let me take it on directly.  Uhm, you now when-when Mosul fell in the summer of 2014, Grand Ayatollah [Ali al-] Sistani in Najaf issued a fatwa saying 'everybody rise up and protect the country.'  And it was a really critical moment and had he not done that, I think that it would have  been very hard  to check what ISIL was doing because they were on a rampage and  caused a massive panic in the country.  You had about 80,000 volunteers kind of rise up and join the ranks to defend Iraq. Most of them in those early days are Shia from the south, most of them are nationalists, they answer to the government.  But there is a segment of them -- you know, maybe 10 to 15,000 --  who are actually answerable to militias who are better  controlled by Iran. And this is a huge concern for us, it's a huge concern for the government of Iraq and it's a huge concern for prime minister [Haider al-] Abadi.  Prime Minister Abadi, when he was here in Washington, said publicly that if Iran is operating a militia on Iraqi soil outside the command of the Iraqi government that would be a hostile act against Iraq.  So he has been very clear about this. When we see abuses and violations of human rights, the government of Iraq has acted.  Most recently, there were reports of some Shia militia violence in Diyala Province -- which has always been a hotbed of extremism on both sides of the sectarian divide.  Prime Minister Abadi went to the site twice.  Just last week, they arrested nine individuals from some of these militias as part of that investigation.  So this is a serious problem, it's something that we're focused on all of the time.  But we don't want to paint all of these volunteers, many of whom are Shi'ite, in the same brush because that simply wouldn't be true --

US House Rep Ron DeSantis:  Well what about something like in Al Anbar Province?  Yeah, there's been -- the administration has touted some of the advances in places like Ramadi but my understanding is that is powered a lot by Shi'ite forces -- including some of the Iranian backed forces. And so what are you doing to empower the Sunni tribal forces and the Sunni elders?  Because it seems to me that driving ISIS out of places like Ramadi is obviously something that's desirable but the notion that those Sunni Arabs are going to be happy living under forces or a government that they see as being dominated by Iran and Shia?  That's going to probably be a tough sell.

Special Envoy Brett McGurk:  So -- very much agree with you.  So when it came to Ramadi, it was the government of Iraq's decision to ensure that that operation was conducted by the Iraqi security forces, the Iraqi counter-terrorism forces, and local Sunni tribal fighters --

US House Rep Ron DeSantis:  So they were integrated with the security forces --

Special Envoy Brett McGurk: They were integrated in the campaign and the Popular Mobilization Forces [Shi'ite militias] from the Shi'ite side of the street were not a part of that campaign.  And, uh, that was very important because we wanted to show that the Iraqi security forces can do that and because what's so important -- Sunni or Shia -- is that local forces who know their territory and know their neighborhood and who know what it's like, who know the streets and alleys, you've got locals invested in the fight.  So you've got locals now, we've got about 10,000 of these tribal forces, they're invested in the fight, they're getting paid, I gave figures earlier in my testimony.  But you know -- but we have full support from the new government in Iraq and Prime Minister Abadi.  We have full support from the governor of Anbar Province, Governor [Sohaib] al-Rawi -- and they're working closely with us.  And we've got two platforms in Anbar province.  One at al-Asad airbase and one at al-Taqaddum air base where we're working every day with the Iraqi security forces and these fighters to get them in the fight.  And, you know, they're making real gains.  They were just on defense, now they're on offense, they're doing operations, so it's-it's -- they're moving the right way.

Not everyone agreed with Brett's fairy tale spin today.