She said yes to war and, increasingly, America is again saying no to her.

Earlier today, Jake Tapper observed on CNN's THE LEAD WITH JAKE TAPPER that a win in Wisconsin would be Bernie's sixth win in a row.

Who has the momentum?

As we noted back in February, based on what we were seeing on the college campuses we spoke on, Bernie's connecting in the same way Barack did.

The media narrative of Barack Obama?

She's running for president because . . . her husband was president?


Where is the enthusiasm for Hillary?


She's always been a divisive figure.

And what, other than fear, would drive people to vote for her in a general election?

Iraq lies in ruins, the people continue to suffer and Hillary's done nothing to atone for her "mistake" (her term) in voting for and supporting the Iraq War.

From Iraq to Libya to Syria, she was among the most influential voices pushing for war and aggression.
On the campaign trail, Clinton puts on various characters to try and connect with women in particular: from the tender grandmother to the fierce feminist. That is because the vast majority of women will not be able to relate to Clinton’s real record—decades of bombing innocent families, overthrowing sovereign governments, and backing brutal deaths squads—all of which have devastated women’s lives.

Clinton has hardly been alone in all this. She surrounded herself with a foreign policy establishment that is equally criminal. This includes former Secretary of State Madeleine Albright, who said “we think the price is worth it” when asked on national television if the death of the 500,000 Iraqi children was an acceptable consequence for U.S. sanctions on Iraq.


And it's not just Iraq.  Lucas Ropek (AMERICABLOG) points out:


Yet the liberal defense of Hillary has obscured the significantly more disturbing moral questions surrounding the U.S.’s intervention in Libya in the first place. By framing Benghazi as a “partisan witch hunt aimed at hurting the 2016 White House contender,” liberals totally ignore the fact that — regardless as to whether Hillary is responsible for the deaths of four Americans — she is definitely responsible for the deaths of countless Libyan civilians.
The war in Libya is, for all intents and purposes, a good rubric for everything paradoxical and absurd about American “interventionism”: a war conducted for mysterious reasons, with seemingly little forethought for what the consequences would be, which resulted in more chaos and death than would have resulted had the U.S. simply left everything alone. Discounting the pat “murderous dictator” line that is universally deployed in these situations, actual motivations for the intervention range from suspicions that Muammar el-Qaddafi planned to nationalize Libyan oil supplies, to the notion that he planned to transition the country’s currency system to something outside the bounds of U.S. control.

In 2012, as Honduras descended into social and political chaos in the wake of a US-sanctioned military coup, the civilian aid arm of Hillary Clinton’s State Department spent over $26 million on a propaganda program aimed at encouraging anti-violence “alliances” between Honduran community groups and local police and security forces.
The program, called "Honduras Convive,” was designed by the US Agency for International Development (USAID) to reduce violent crimes in a country that had simultaneously become the murder capital of the world and a staging ground for one of the largest deployments of US Special Operations forces outside of the Middle East.
It was part of a larger US program to support the conservative government of Pepe Lobo, who came to power in 2009 after the Honduran military ousted the elected president, José Manuel Zelaya, in a coup that was widely condemned in Central America. In reality, critics say, the program was an attempt by the State Department to scrub the image of a country where security forces have a record of domestic repression that continues to the present day.
“This was all about erasing memories of the coup and the structural causes of violence,” says Adrienne Pine, an assistant professor of anthropology at American University who spent the 2013-14 school year teaching at the National Autonomous University of Honduras. “It’s related to the complete absence of participatory democracy in Honduras, in which the United States is deeply complicit.”
“With the coup, Clinton had a real opportunity to do the right thing and shift US policy to respect democratic processes,” added Alex Main, an expert on US policy in Central America at the Center for Economic and Policy Research, after being told of the program. “But she completely messed it up, and we’re seeing the consequences of it now.”

Hillary calls her Iraq War vote a "mistake."  But she's done nothing to atone for it and can't even come up with a plan to help Iraq today.

Today, as the Defense Dept explains, the US government dropped more bombs on Iraq:


Strikes in Iraq
Rocket artillery and attack, fighter and remotely piloted aircraft conducted 19 strikes in Iraq, coordinated with and in support of the Iraqi government:


That and sending more US troops into Iraq passes as a 'plan' for Iraq.

It's not working and Hillary's offered no alternative.

This despite the fact that every one is told -- if not taught -- as a child that they have a responsibility to fix their mistakes.

There is an answer.

US President Barack Obama knew the answer and spoke to it June 19, 2014 when he declared the only answer was a political solution.

Iraq's leaders had to get their act together, stop persecuting the Sunni population, work to be an inclusive government that represented all Iraqis.

But there's been no pressure on the Iraqi government to dot hat.

American troops will rotate indefinitely through Iraq unless the U.S. can offer “democratic mentorship” to stabilize the Iraqi government, U.S. Rep. Seth Moulton said Tuesday.
Making his comments during a Daily Item interview following a week-long Mideast trip with other members of Congress, Moulton said the fight against Islamic state in Iraq “is going well.” But he said long-term success rests on U.S. assistance in providing Iraq with political stability.
Moulton said military victories must be underpinned by a working Iraqi government that can sustain peace.
“We’ve basically checked out of Iraqi politics,” he said. “I think that is a mistake.”


That may be the most sense any American politician has made on Iraq  in a long, long time.


Darrell Delamaide (MARKETWATCH) wrote a column earlier today about the media's missing the story on the Sanders campaign:

“If Donald Trump weren’t dominating the coverage in this election, Bernie Sanders would be the big story,” CNN political commentator Sally Kohn observed last week. “Whether he wins or not, I expect the biggest part of Sanders’s legacy will be a generation of engaged, honest and bold leaders who work within government and not just outside and against it.”
In a series of blogs in Huffington Post, Seth Abramson of the University of New Hampshire accuses the mainstream media of missing the momentum shift in the Democratic race that he dates back to the beginning of March.
“The Democratic primary race changed fundamentally — indeed, radically — after March 1st,” he wrote last week, “and the national media’s failure to register this and work it into their polling, projections, and punditry is one of the most wide-ranging, public, and ultimately influential journalistic failures of the last decade.”
Abramson argues that analysis of actual election-day polling — discounting early voting and reflecting changes in voter stances as the campaigns have their impact — shows the gap between Sanders and Clinton is much narrower than the total figures would indicate.

“The point here is that Hillary Clinton has been losing the primary for a month now in votes cast after the race began to favor Sanders on March 5th,” Abramson contends. “This means that most of the projections the media is making about how Bernie Sanders will do going forward are based on election results, exit polls, and voter surveys compiled before that critical March 5th date.”

Despite name recognition (or maybe because of it), she still can't connect.

Doesn't help that some of her followers are little weasels.

Tim Robbins  has been outspoken and principled for years.

Last week, his ex was attacked (actress and Academy Award winning actress Susan Sarandon) and this week they go after Tim.


[Ava and I addressed the attacks on Susan in "Media Criticism not for the lazy (Ava and C.I.)" at THIRD on Sunday.]

I think it's very telling that in the arts community, those supporting Bernie -- Susan, Tim, Mark Ruffalo, Rosario Dawson, etc -- are the ones who've been outspoken even when it wasn't popular.

Choose who You"Believe In"& Go

2 The Wall., NO MATTER WHAT PPL THINK. 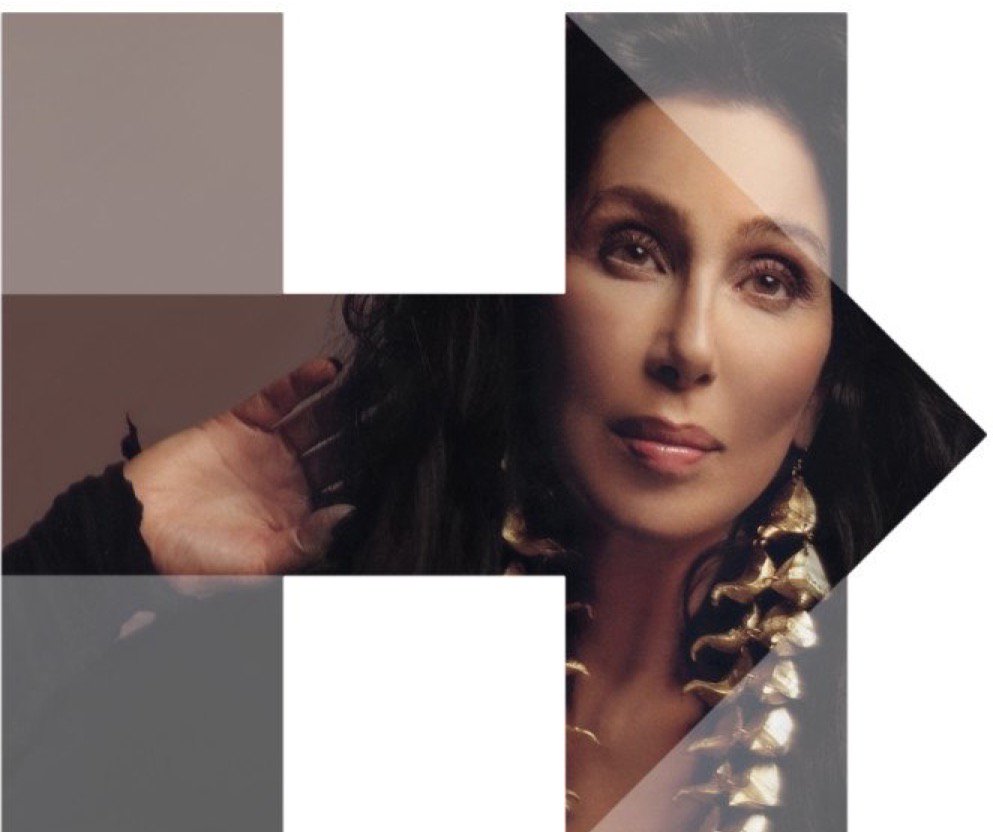 
Other than Cher, I'm finding a hard time seeing a single artists who's taken an important stand.  (Cher's shown bravery repeatedly.)  Instead, they're self-involved posers who never take a stand until after the popular tide has shifted -- if then.

Where were these Hillary supporters when Hillary and Bully Boy Bush were declaring war on Iraq?

We know where Tim and Susan were.  And we know how they suffered as a result.

Nothing compared to the suffering of the Iraqi people.

That may be why she keeps losing.