Kat: She's sung on 19 number one US pop hits (that includes "We Are The World" on which she's a soloist), she's hit number one 11 more times with other songs on other US charts and around the world for a total of 31 times.  You could argue that she's had 13 more number one hits because 1979's dance chart number one is for three songs ("The Boss," "It's My House" and "No One Gets The Prize") -- you could and I will.  That's 33 different songs that have number one in this country or elsewhere in the world.

If we just want to focus on the US charts, let's count her top forty hits on the pop, soul, adult contemporary and dance charts.  How many songs did she have chart?

86 different songs hit the top 40 -- pop, soul, adult contemporary or dance charts -- in the US (remixes are counted as different songs so "Love Hangover," "Chain Reaction" and "Someday We'll Be Together" are counted for their original versions and for remix versions that hit a year or more later).

Only one artist, Diana Ross.

And her 87th hit is from her latest album, DIAMOND DIANA: THE LEGACY COLLECTION. 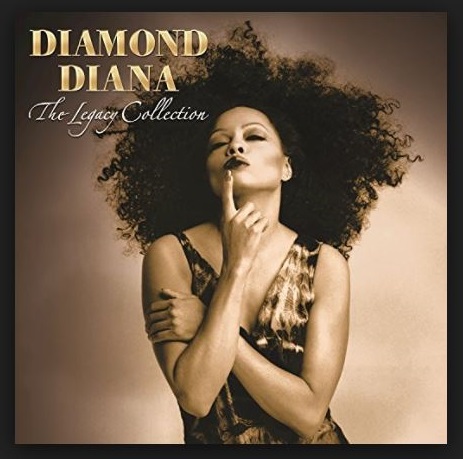 Motown was planning to release in late January 2018.  They'll still be releasing the CD then.

But they rushed it out as an MP3 album.

This will be watched by many.

Motown can do a hits collection easy.

I'm glad that they're able to issue DIAMOND DIANA: THE LEGACY COLLECTION (link takes you to purchasing options) but I think it would have been really smart to have a CD in stores for the day after the awards.

How do you represent 87 hits in one album?

So you put some of the huge hits -- number ones -- and surround it with other hits that might not have gotten as much attention.

"It's My Turn" is her finest ballad, my opinion.  I love "Do You Know Where You're Going To," for example.  It's a deserved number one.  But "It's My Turn," a top ten hit, is the best performance.

"If I don't have all the answers, at least I know I'll take my share of chances" -- she sings it perfectly.  "Ain't no use in holding on when nothing stays the same."

What a wonderful performance of an amazing song.

And there are more wonderful performances.

Including one that's a big surprise for me.

I didn't care for Diana's I LOVE YOU album a few years back and that includes "More Than Yesterday."  By itself on this album, it's actually something.  I noted Peter Asher (producer of I LOVE YOU) was a one trick pony and the album had a sameness.

That's one of the benefits of a collection like DIAMOND DIANA, it can save a song that was overlooked in real time.

The 1995 number one dance hit "Take Me Higher" benefits as well on this collection and makes me think it's time for an album of Diana's dance hits.


So if you're familiar with Diana Ross' work, there's still enough here to rediscover and enjoy.

If you're new to Diana?

Say you just caught her for the first time on THE AMAs tonight?

You're in for a thrill.

About to discover the most successful female singer in the US for the first time.

The moment of, for example, discovering "You Can't Hurry Love" or "I'm Coming Out" for the first time.  This is a quality album and great care was taken with the sequencing.

The 15 tracks on the album are as follows:

Note, "Ain't No Mountain High Enough" appears twice on the album -- in it's form that hit number one on the singles chart (the original form of the song is on the 1970 album DIANA ROSS and weighs in at six minutes and eighteen seconds) -- and in the remix that's become a hit in 2017 -- 47 years after she originally hit with it.

It's very doubtful any other artist will be able to lay claim to 87 top forty hits in the United States or a chart span of 1962 to 2017 (and counting).