Kat's Korner: Hozier takes you all the way and then some

Kat: Once upon a time, Bruce Springsteen knew how to rock.  He always had some embarrassing and trite phrases that he repeated in various songs ("wee wee hours," for example).  "Drive All Night," for example, demonstrated he might actually know something about sex and not be the dumb "Twinkie" that the National Organization of Women had nicknamed him.  But, as if to prove NOW right, he stopped exploring and writing and instead went for cliches and slogans.  He hasn't had a good album since 2002's THE RISING but, what's even worse, prior to that his last good album was 1986's TUNNEL OF LOVE. He has morphed into the Tom Hanks of music, repeatedly asking you to like him and find him amusing. 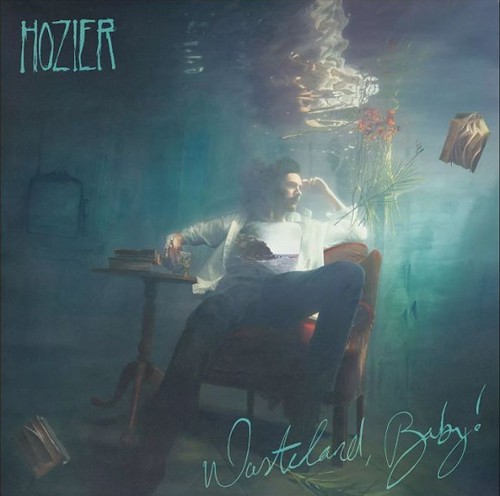 Hozier's famous for the song "Take Me To Church" and, if he did nothing else in his career, he'd have already provided more steam than the nutless, erectile dysfunctional Bruce Springsteen has mustered in thirty or so years.

Hozier struggles throughout -- and I don't mean that as an insult.

Hozier struggles because he's not about being smoother or prettying things up.  "Power is my love and my righteous to me," he sings and you believe him.  It's partly due to the delivery but also due to the voice which has a lightness to it, yes, but is anchored by a deep, resounding tone, especially when he sings full out.  He may be the best example of a male, full-bodied voice to come along this decade.

"Movement" finds him using every element of his voice to convince, confound, persuade and plea.


"When you move, I can recall something that's gone from me," he sings on "Movement," adding, "When you move, honey, I'm put in awe of somethin' so flawed and free."  He delivers, he has the voice to authenticate those words.

Not a lot of male singers do.  It's more than range that's required.  Chris Brown had it (maybe still will if he can get over the drug problems).  Sam Smith can sell it.  And then there's Hozier.

It's a versatile voice that can handle an light uptempo number like "Almost (Sweet Music)" which to me is the "Carey" of his songs.  Like Joni Mitchell, he's got a voice that can deliver in many ways but you really love it when it's singing about strong passion -- be it in the midst of strong passion or mourning the loss of that passion.

That may be why I love "Nobody" so much:

I've been fed gold by sweet
Fools in Abu Dhabi
And I've danced real slow with
Rockettes on Dodge and Molly
But I've had no love like
Your love, ooh, I'm nobody
I'd be appalled if I saw you
Ever try to be a saint
I wouldn't fall for someone
I thought couldn't misbehave
But I want you to know that
I've had no love like your love
Honey, when you warm
The bed on Wednesday
It's suicide Tuesday back in LA
If I had the choice between
Here and Illinois
Excitement of a thousand
Dollars turnin' up your voice
At first chance, I'd take the
Bed warmed by the body, woo
I once warmed my hands
Over a burnin' Maserati, woo
Still I've had no love like
Your love from nobody


The album's full of moments, songs that deliver.  More importantly, the fourteen tracks hold together cohesively.  It's a wasteland, yes, and T.S. Eliot told us that years ago, but Hozier finds his own voice in this debate.  In fact, while Eliot prefaced his ground breaking work with the epigram "I was with my own eyes the Sibyl of Cumae hanging in a jar, and when the boys said Sibyl, what you want? she replied I want to die," Hozier's own reply would probably be, "I want to bury myself in bed with you."


It's a sexy and sex filled album.  Maybe it's too grown up for some listeners?  For those ready for the maturity, intimacy and the sensuality, WASTELAND, BABY is not just an album you can play all the way through, it's one you play repeatedly.