Kat's Korner: James Blake at his most revealing and romantic

Kat:  Have you heard the new James Blake album?

Two weeks ago, we were in Pennsylvania and it was lunchtime so, with a little time to kill, I wandered around in a HALF PRICE BOOKS.  Confining myself to the music section, I saw James Blake's ASSUME FORM.  On vinyl.

Since I finally got everything unpacked from my not-so-recent move (wasn't that about three years ago?), I've been using my turntable a lot more than my CD player and, at home, even more than my phone when it comes to playing my music.  So when I see something that interests me on vinyl these days, I grab it.  Which is how, on this trip, I ended up grabbing both Judy Garland's ALONE and James' ASSUME FORM which, for the record, was new. 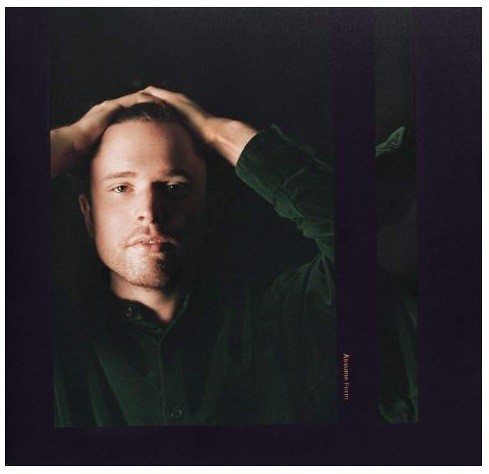 The album came out in January -- on streaming and CD.  I missed it completely.  But in May, it came out on vinyl.  This is only the British singer-songwriter's fourth full studio album -- he's also done six EPs.  Do you have a James Blake in your collection?

I do.  2011's self-title debut album.  And, honestly, over the years, as I've seen two other studio albums and six EPs released, I really haven't been than inclined to purchase anything else.  Why?  Everything I heard sounded like the same thing James was pursuing on the first album.

But here I was in the state where the Declaration of Independence as well as the Constitution were drafted and I was already bound and determined that I was getting the Judy album when I saw ASSUME FORM so what the hell, right?  Besides, I really did like the cover.

That's the opening track -- and the title track -- and it's similar to what James has done before but also a lot more intense.  As a rhythm track kicks in over the piano runs, I started thinking, "This really is the type of music Rufus Wainwright should be pursuing.  It would give him the space for the dramatics he likes to bring to his songs while, at the same time, giving them a beat which might potentially pack a dance floor."

For 4 minutes and forty nine seconds, that track more than holds my attention.  I'm hearing the best song James has recorded since he covered Joni Mitchell's "A Case Of You."

Travis Scott and Metro Boomin join James for the second song "Mile High."  It's a sweet song ("Fell in love like it's easy") and the singing, the raps, it all works well.  The singing continues to include the high range -- he's like early Joni Mitchell in that regard.  It also includes a deeper bottom to his range than was found on his debut.

The latter is especially true on "Into The Red."

The list of things I could live without
Grows longer as I move everything around
Behind all the furniture
Pointed toward her
To keep her in my sights
To keep her in my life
By all means, she can get ahead of herself
I'd already be there
I'll already be there to meet her
She's no traitor
I've got no chaser
For a leg up
I've got no chaser
She's no traitor
For a joint account
She gave me everything that she had left


Rosalia joins him for the romantic "Barefoot In The Park" which leads into "Can't Believe The Way We Flow."  The latter may be the most unusual song on the album and is surely the one that shows the most growth as a producer.  The spinning melodies, the echo on the vocals half way in, it's a sound all its own and one that makes you recall the era of the mid to late sixties when the Beatles, the Mamas and the Papas and the Beach Boys with PET SOUNDS were creating new sounds and expanding the popular music form itself.

Six songs in and he's already creating new sounds and a modern classic.

"Are You In Love?" finds him revealing how much pain and doubt he is in as he looks at a new partner and asks her to "do your best impression [of love] for me."


Then Andre 3000 shows up for "Where's The Catch?" -- which finds him still doubting happiness and wondering "Where is the catch?"  On "I'll Come Too," he's following a lover and trying to convince her of his love ("I've thrown my hat in the ring/ I've got nothing to lose/ With you, with you, with you").

That was track nine and I kept waiting for the f**k up, the thing that would ruin the album or at least make it an 'almost classic.'  That track never came.  "Power On" is a look at the mistaken assumptions we make and the way reality tends to correct us -- whether we want it to or not.  "Don't Miss It" is tragically beautiful.  "Don't Miss It" connects him to the past tradition of fellow British singer-songwriter Nick Drake.  Then "Lullaby For My Insomniac" closes the album and you realize he's gone through twelve tracks of perfection that work as a cohesive whole.


"Don't you know your best side shows when you're unaware?"  James asks on this album.  Well, James, you caught me unaware and you really impressed me.  Check out ASSUME FORM if you haven't already -- and on vinyl it sounds especially deep and sonic.