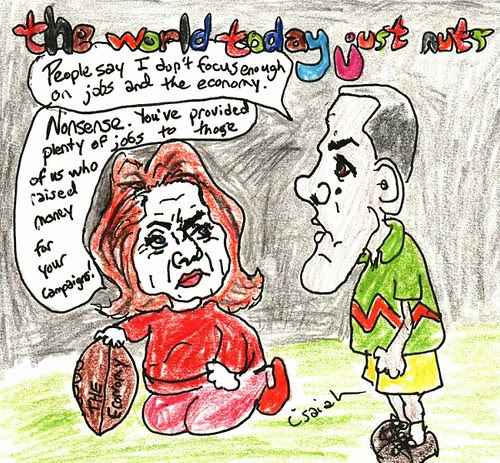 Isaiah's latest The World Today Just Nuts "Jobs."  Barack plays out on the lawn with Caroline Kennedy who holds a football that reads "THE ECONOMY."  He says to her, "People say I don't focus enough on jobs and the economy."  She replies, "Nonsense.  You've provided plenty of jobs to those of us who raised money for your campaigns!"  Isaiah archives his comics at The World Today Just Nuts.