Kat's Korner: No one hates Drake more than Drake

Kat: Forget just rap, Drake could be one of the most important musicians of any genre today -- of all genres.

That's clear the more you listen to his new album VIEWS. 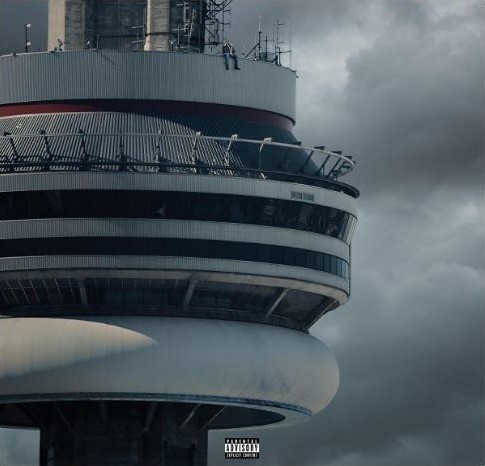 And that becomes clear with each listen as well.

The 29-year-old's biggest problem is the chip on his shoulder.


Growing up in the 'hood' of Canada and 'suffering' through the 'ghetto' of DEGRASSI: THE NEXT GENERATION -- or that's how he tries to self-present.

Has any male ever come off like more of a little bitch?

Seriously, stop pretending you're something you're not.

If Drake could be real or genuine, he might have something to rap about.

Instead, he's still the child actor playing a role.

And, thing is, it's not a very attractive role, let alone believable.


The Jewish, bi-racial man should have a ton of topics to rap about but he's so busy faking and shaking that he has so little to say and what he does say is frequently repulsive.

"One Dance" is a stand out track -- probably because it doesn't attempt to say anything.

Elsewhere he comes off as a money obsessed pretender who's actually the tackiest of all.

What am I talking about?

In a dis on a woman ("you go to CVS for Kotex" and "don't make me take you back to the hood"), Drake thinks he's reached the height of sophistication "take you to the mall and get you a new outfit."


You gonna do that, Drake, with your weekly check from Orange Julius?

But he has no idea how to spend it, does he?

No baller, no real roller, is going to send 'his woman' to the mall for an outfit.

What is that, one step up from a garage sale?

Mall culture was 'in' when Moon Unit Zappa charted rapping on her father's "Valley Girl" hit in 1982.  And it was pretty much buried by the real life Robin Sparkels, Tiffany, around 1988.


It must be really sad to brag endlessly, in track after track, about all the money you've made while your attempts to paint yourself spending that big roll come off like a tiny step above a trip to K-Mart.

Again, it's really too bad because Drake could be something, a real artist.

Instead, he's a shallow, little boy.


Listening to the album from this man who lived well off nine months of the year in Canada and then visited his father during the summers where things weren't so ritzy, I honestly kept thinking of I BLAME DENNIS HOPPER AND OTHER STORIES FROM A LIVE LIVED IN AND OUT OF THE MOVIES.

Unlike Drake, she actually grew up in poverty.

Not merely sticking her big toe into it during a summer break.

And her high school boyfriend actually has money.

And he brags endlessly about this blue Corvette that his daddy's going to buy him.

He comes off as spoiled as Drake does on VIEWS.

Illeana's interested in reality so she explains that the day spoiled prince gets his blue Corvette, he picks her up to take her for a brief and slow ride during which he explains that he's dumping her.

Maybe that's why she's not a whiny little bitch in her book?

Maybe that's why she's not writing page after page about money and how she's making it and she has it and she's so much better than this or that person because of it?

I get it, Drake hates himself.

It's painful to listen to someone with so much self-loathing.

It's painful and it's embarrassing.

It's also counter-productive to his career.

The rise of Bernie Sanders and Donald Trump?

Rejections of the corrupt status quo.

The same as the conversation that's been started about the 99%.

A real artist would be leading that way through this terrain.

And Drake is certainly artist enough to capture and essay this moment.

The music, for example, on VIEWS is rich and textured.

He could be leading the way to a new sound that would influence artists for decades to come.

In the end, VIEWS serves up four solid tracks -- out of 20 -- the best of which is probably "Fire & Desire."  But what it mainly does is disappoint.  50 Cent already exists and is a genuine and convincing portrait of Curtis James Jackson III.  Drake pretending to be 50 is just a pale and unconvincing imitation.