Warren knew there was a problem when they opened the envelope.

Faye took the envelope he was showing her and announced LA LA LAND.

They were given the wrong envelope.

I don't know what the cameras showed but inside we could see Warren desperately walking from person to person explaining there was a mistake.  He was obviously in a panic.

This was not Warren's fault in any way.

I don't think you can even call it Faye's fault.

They were given a sealed envelope and it was wrong.

The blame does not belong to them.

For the industry bible, HOLLYWOOD REPORTER, to refuse to hold the Academy responsible goes to the press lying.

It was not their fault. 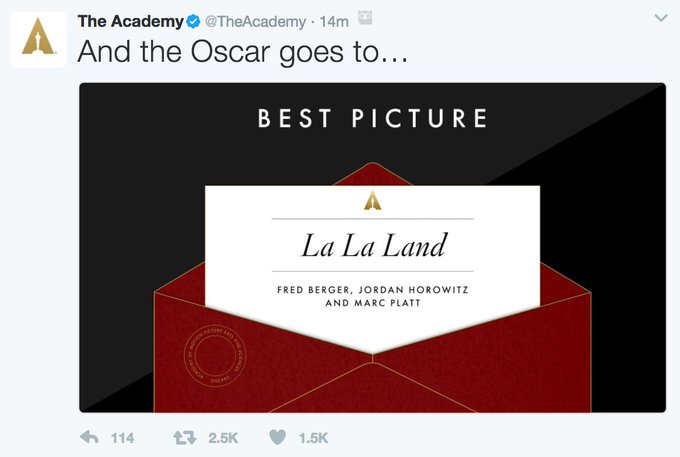 But a cowardly press always refuses to hold those in power accountable.