Friday, March 3, 2017.  Chaos and violence, Congress goes rah-rah for forever war on Iraq, laments that Donald Trump may be harming the chances for a permanent US military presence in Iraq, and much more.


Senator Bob Corker:  Just based on the people you talk with, you get no sense that there's not a longer term commitment, do you?  Every US official I'm talking to understands what you just said about the fact that we've got to be there for some time.  You get no sense of that from anyone you talk with do you, to the contrary?

Hardin Lang:  No, sir.  I guess the question is the need to actually sequence and start the negotiations as soon as possible, while we're still at this moment of high level leverage.

Senator Bob Corker:  I think -- I think they understand what needs to be left behind.  I think those conversations are underway and I get, uh, no sense, for what it's worth, that there's anyone  that wishes to have another 2011 type activity [the US military drawdown].  I would just like to ask, are you'll getting any different signals from anyone?


Michael Knights: So it's true that there is a new understanding and willingness to continue the mission including with the coalition partners as well as US.


Corker is the Chair of the Senate Foreign Affairs Committee, Senator Ben Cardin is the Ranking Member.  On Tuesday, the Committee held a hearing on Iraq and the two witnesses were The Washington Institute's Michael Knights and the Center for American Progress' Hardin Long. And there you have the tiny range of dialogue from the slightly right-wing Knights to the center-right Long and the organizations they represent.

No where in the hearing were you going to get common sense.

Taken for granted was that, because billions had been spent, more billions must be spent.

And they only mentioned the money -- the four -- they didn't mention the lives lost.

The Iraq War, which hits the 14 year mark later this month, must not end.

Not only was that the only position the Committee elected to express, no one was even allowed to question that premise.

If you're an idiot who, at this late date, blames the Iraq War solely on Republicans, let's note  a few of the disgusting remarks by Ranking Member Ben Cardin, a Democrat.


Ranking Member Ben Cardin:  There's no question we've made a great investment in Iraq and it's in our national security interest to make sure that Iraq becomes a stable country, does not become an Iranian-client state which is one of the fears I think many of us have.  We don't want to see the type of collapse we saw in the Iraqi Security Forces that we saw in 2014 so it does require the attention of the United States and our coalition partners in order to give Iraq a chance for uh a national government to represent all of its people and a security force that can maintain the security in the region.  So I want to point out a couple of challenges we have and then see whether you think we should be doing.  One challenge is whether we will get the Iraqi cooperation on the maintaining of our troops or a military presence in their country. There is political considerations here. When the president's executive order named Iraq as one of the countries we would not accept refugees that makes it difficult for the Iraqi government to work with the United States on the continued military presence.  Or when statements are made about taking the Iraqi oil, that certainly is not conducive to the type of political support that we need from the Iraqi government.

As a member of the House in 2002, you represent the people and vote against the Iraq War.

You join the Senate (2006) and you can't stop supporting it.

Ben is an embarrassment.

So is the US Congress as a whole.

Whatever happened to the Out of Iraq Caucus in the House?

Whatever happened to US House Rep Barbara Lee decrying the Iraq War?


At least Lynn Woolsey can say she's no longer in Congress.

But others can't make the same claim.

Even now with Jim Moran out of office, for example, or Tammy Baldwin now a US Senator.

Where is the sanity?

The discussion in Congress currently is even more narrow than it was from 2003 to 2006.

They are not the solution.

They are never the solution.

Let's just use one example.


Chair Bob Corker: So let me ask you this.  The Kurds are obviously moving towards independence.  We spent a great deal of time with them [on the recent visit to Iraq].  I know they're not quite as strident with their conversations with [Iraq's Prime Minister Hayder al-] Abadi but they're strident when they come see us here and certainly very strident in Kurdistan.  Give us a sense of the impact of that should they move, uhm, to uh-uh further cause themselves to be independent from-from Baghdad.


Michael Knights:  So, at the moment, the discussion in Kurdistan around independence, I think, has a very economic flavor.  There's an understanding that, if relations with Baghdad break down, the Kurds would lose access to a number of-of economic aid supports.  They would also potentially have more complicates access to international security assistance and that they might well face greater legal challenges at exporting their oil.  I don't detect inside the Kurdish leadership a near term ambition to push quickly for independence -- more to kind of negotiate a kind of amicable divorce over a period of five to ten years with the Baghdad government.

Chair Bob Corker: You want to say anything to that?

Hardin Long:  No, I would only add that at the moment when one spends time in Kurdistan you get the feeling that there's a tremendous amount of internal house cleaning that needs to be done.  There's a lot of political friction and difficulties between the different Kurdish parties.  And much of the economic state building program in Kurdistan is on hold.


Hardin Long:  So in terms of Kurdistan becoming a viable state anytime in the immediate future, again, there seems to be a separation from the rhetoric that we hear from the Kurds and then the closed door conversations about what they really think is in the realm of the possible.

Chair Bob Corker: I think the fact that they'd have to ship their oil through Turkey and could well become a sub-state of Turkey if they're not careful obviously causes concern.  And so to have a non amicable relationship with Iraq would be very much not in their interest.

Two weeks away from the start of this never-ending war that began in 2003.

And US politicians are still dickering around about the fate of Kurdistan?

It's the northern region, it's semi-autonomous.

The fate of the KRG should have been resolved back in 2007.

The Iraqi Constitution declared that (Article 140).

The US State Dept has never supported it while, on every other issue, insisting that 'the law' must be respected.

It's in the Iraqi Constitution.

It needs to be implemented.

But why has that not happened?

Because of the conversation we transcribed above.

It's not about peace.  It's about control of the oil.

And Ben can have a fit in Congress all he wants playing the elderly drama queen.

Reality: If US President Donald Trump's remarks meant that the Iraqi government would not allow a permanent US military presence in Iraq?  That would be a good thing.

Reality: His remarks don't matter.  The US installed the Iraqi government, it can't survive without US troops.  That's why Barack was able to get the Memo of Understanding -- that no one wants to report on despite the fact that it continues to govern the US military presence in Iraq.  He got that after the SOFA expired.

And Nouri al-Maliki did not say "no" to renewing the SOFA, he said no to the what he saw as the limited number of US troops Barack was offering (that would have protected Nouri's government).  Nouri did want a few thousands, he wanted at least 15,000.


That was the breaking point.

And we should also note that over five years ago, the RAND Corporation was noting that the unresolved issue of Kirkuk was one of the great fault lines in any future of Iraq.

But no one pays attention until they're forced to.

When things 'calm down' in Iraq, they'll be forced to.


Chair Bob Corker: Let me ask you, the PMF.  One of you mentioned those that are aligned with Iran.  Certainly, they should not be a part.  Look, most of them are aligned with Iran so?  I mean there's a law that's been passed relative to the popular mobilization forces.  It looks like they're going to be a part of the security infrastructure there.  They are very much aligned with Iran -- most of them.  There are a few that aren't, as you alluded to Mr. Lang [Long], but I mean this is a fact of life there.  I'm just wondering.  Uhm - uh, I don't see this not being a fact of life and are you guys sensing there's something, some different outcome, that may occur with the PMF other than them being part of the security infrastructure there?


Hardin Long: I think the real danger at this stage would be if you see the PMF -- or elements of the PMF, particularly the 3 or 4 large ones that are backed by Iran -- the extent to which they remain outside of the ISF [Iraqi Security Forces] -- and I think that there probably is a degree of intention inside of them to do so -- that becomes a danger point.  And then, for us, it's the danger of the investment that we make in the Iraqi Security Forces going forward to serve as a balance against that that becomes crucial.


Michael Knights: I know that the PMF are very splintered, they're very difficult to consolidate under one electoral banner or under one common control arrangement.  So splintering them down to their irreconcilable elements like Asa'ib Ahl al-Haq versus other elements related to the [Shrine?] militias -- and even Bard, there's always a potential   that a group like Badr which is the largest PMF entity could be mainstreamed over time and could be broken down into subcomponents with a clever policy.  Also anywhere where the Iraqi Security Forces is present, they're able to effectively counter-balance the PMF presence.  In a place like Basra for instance where there has been no major Iraqi army since 2013, we see true breakdown and true militia control.

Apparently, it would 'sully' the halls of Congress.

Instead we fret that the ones carrying out War Crimes are 'too close' to Iran.

It's all a big dog and pony show and it's all depressing and disgusting.


However, Congress isn't the only place for whoring.

Judith Miller, at her worst, wasn't as bad as Rukmini Callimachi, a War Hawk who's now covering Iraq and can't stop slobbering over the Iraqi military -- I've been told that Rukmini has seen War Crimes carried out as she has been embedded and has not reported those -- that comes from two journalists in Iraq.

Rukmini Callimachi‏Verified account @rcallimachi  5h5 hours ago
Sometime I feel embarrassed by the extent of Iraqi hospitality. Here's the spread we were treated to after knocking on this commander's door 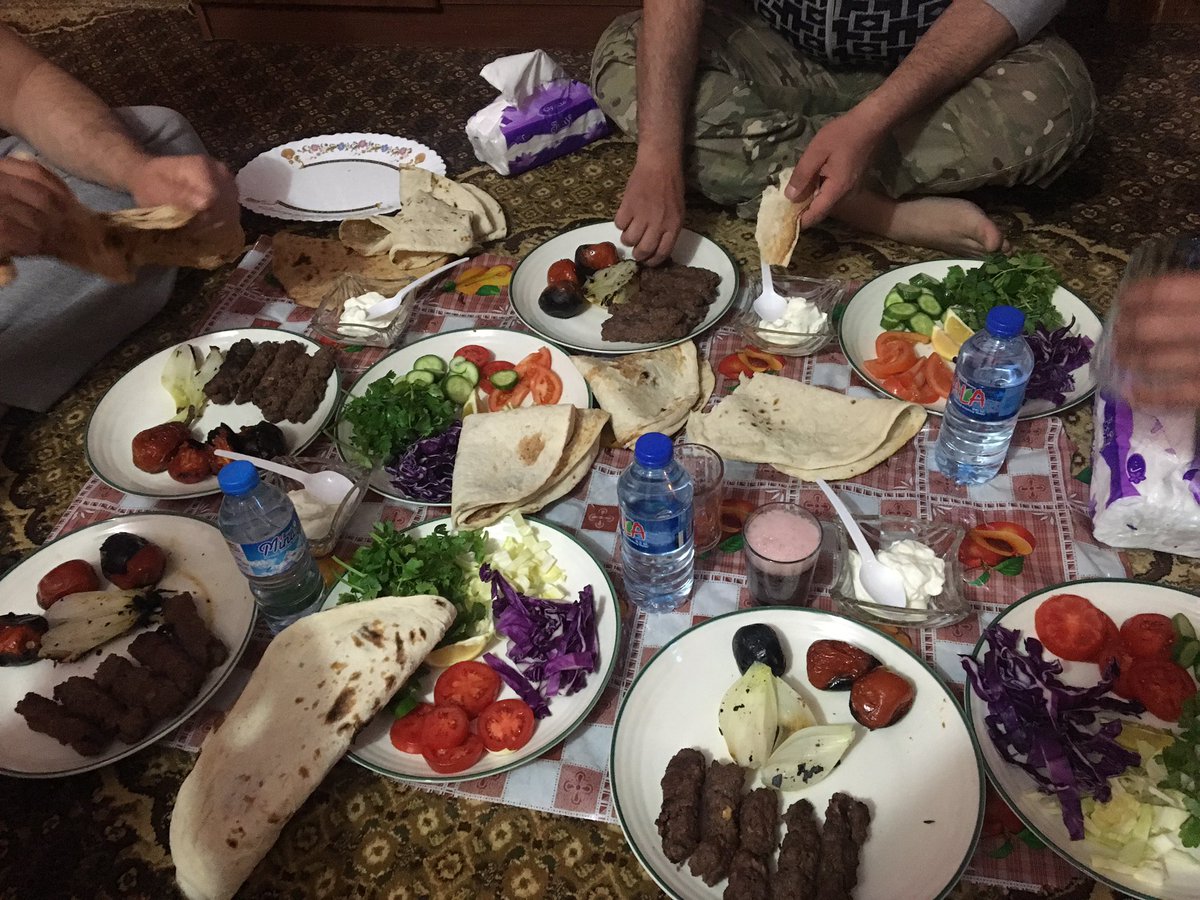 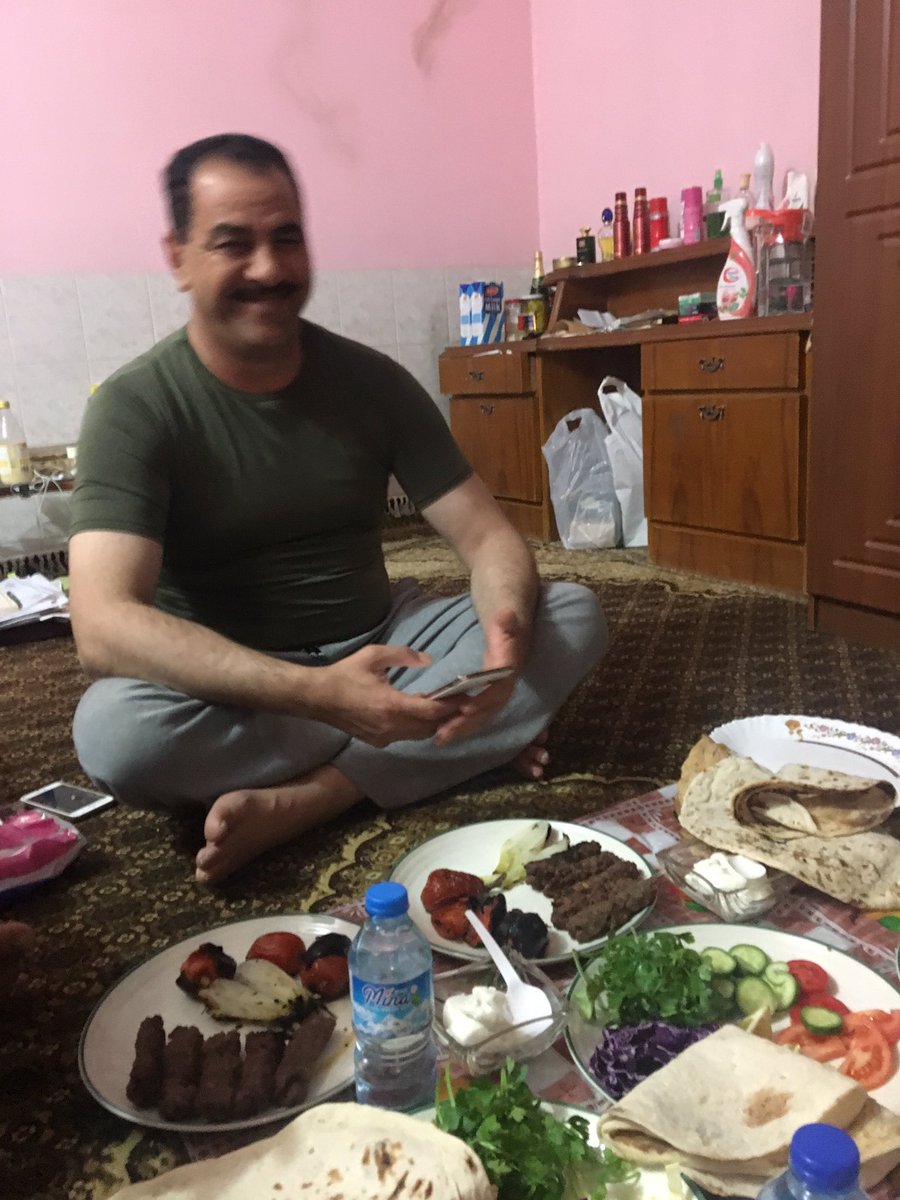 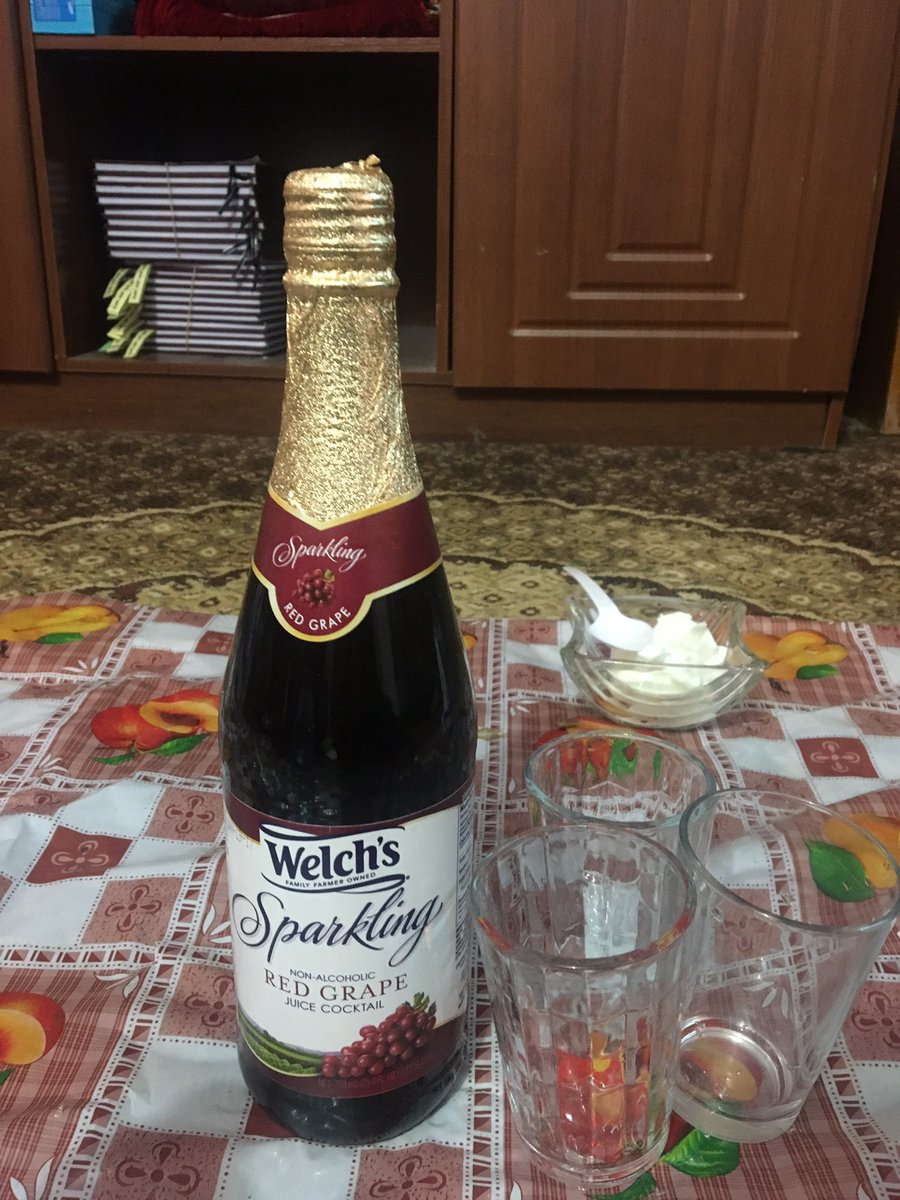 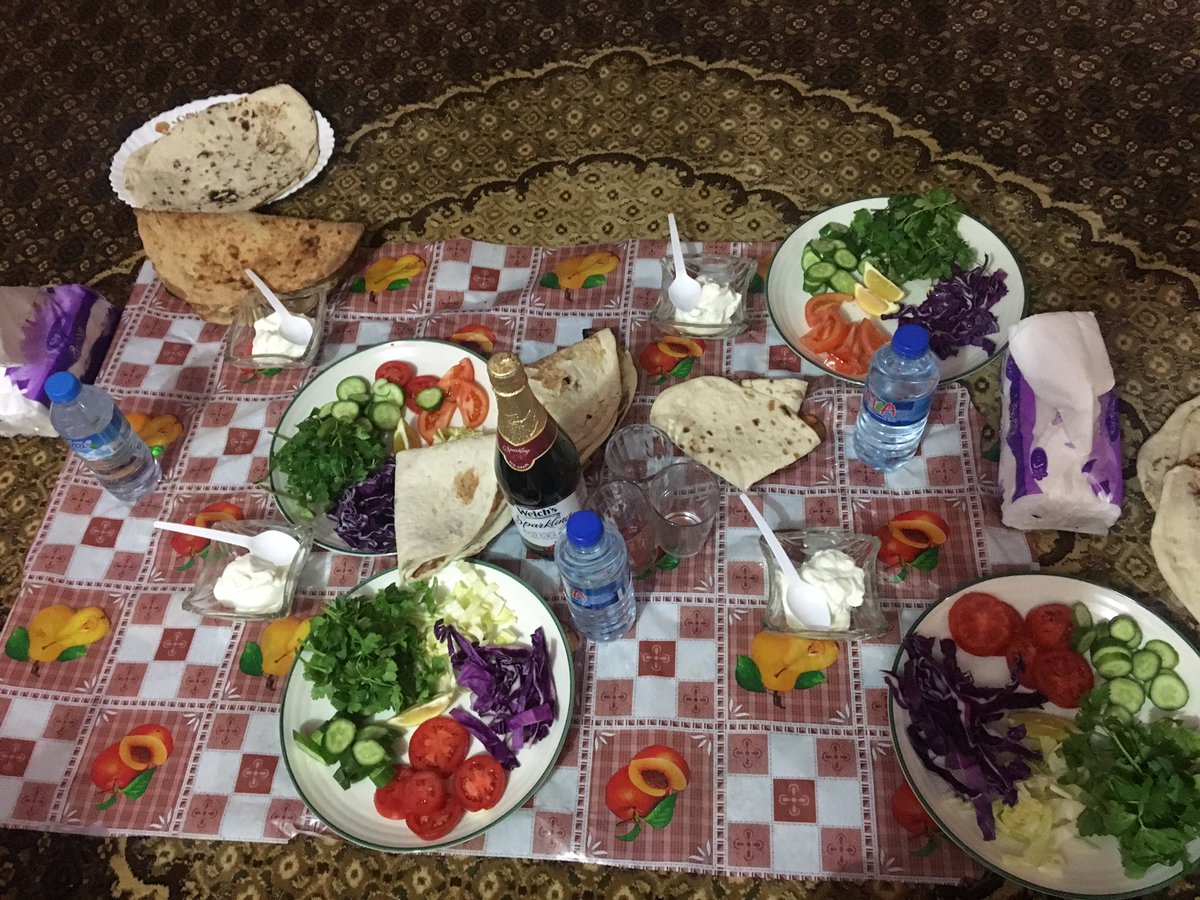 They feed you and you whore a little more?

You're supposed to be detached from your subjects.

Not Rukmini.  She's the ultimate embed.