Starting with Iraq's militias.  They were supposed to be disbanded long ago, were considered illegal.  But the US-installed prime minister of Iraq Hayder al-Abadi has made them part of the Iraqi military and they aren't planning on leaving.  AP reported last month:

With the [ISIS] group driven from nearly all of Iraq, US officials have suggested that the thousands of mainly Shiite paramilitary fighters who mobilised against the Sunni extremists three years ago lay down their arms.
But Abu Mahdi Al Muhandis, who once battled US troops and is now the deputy head of the state-sanctioned Popular Mobilization Forces, says they are here to stay.

“The future of the (PMF) is to defend Iraq,” he told The Associated Press in his first extensive interview with a Western media outlet. “The Iraqi army and Iraqi police say they cannot operate without the support of the Hashd,” he added, using a shortened Arabic term for the paramilitary force.

A senior commander of Iraq’s Popular Mobilization Units (PMU), also known as Hashd al-Sha’abi, says American military forces must leave his country’s soil following the eradication of the Takfiri terror group.
In an exclusive interview with Press TV, Hadi al-Ameri, who heads Iraq’s Badr Organization, said the popular forces would call on the parliament to draw up legislation to demand the US pull out all its troops from the Arab country.
“We will adopt a parliamentary decision to pull out all American troops”, who were allegedly fighting [ISIS] terrorists in the conflict-stricken Arab country, he said.
Ameri said the popular forces won’t allow even “one US soldier” to remain in Iraq now that the Takfiri terrorists have lost their major bastions in the Arab state in the face of successful Iraqi army operations.


That is what an element of the Iraqi government is saying.

Where are the journalists at the White House demanding a response to this?

Where are they at the State Dept?

Where is the President's statement on this?

I believe the US forces should leave Iraq immediately.

That has nothing to do with the threat from the faction of the Iraqi military.

But if you believe the US military should remain in Iraq -- and clearly those in charge at the Defense Dept do -- then why aren't you addressing these comments?

Seems the press should be asking why US military personnel are in Iraq.

And if the answer is "to train and assist," the response should be, "How effective can they be training and assisting a military that publicly states they are the enemy and that they need to get out of the country?"

This goes beyond the philosophical musings of why.

This goes to the fact that these comments indicate "harms way" now includes potential harm to US troops from the Iraqi military.

Should something happen to even one US service member, heads should roll.

And if something should happen to one US service member and the press hasn't done their job of informing people what the situation actually is and hasn't done their job demanding answers from the administration, then the blame for any harm or deaths will not just belong to Donald Trump and company but also to the press.

But what is the press today but willing collaborators eagerly embroidering the tapestry of lies?

Take Larry Luckner (WASH DIPLOMAT) and his most recent 'reporting.'

To read it, he's covering a simple public event planned and attended by unbiased participants.

The Turkish Heritage Organization is a lobbying front for the government of Turkey.

I'm not really sure why James Jeffrey participated -- cash?

But considering the attacks that took place -- by Turkish bodyguards -- in DC not all that long ago, I really think he showed disrespect -- not just stupidity -- for democracy and for those who were attacked by gas bagging at this event.

Turkey does not want Kurdish independence.

So let's not pretend this was a dis-interested party.

They invite James Jeffrey -- one of Barack Obama's many failed US Ambassadors to Iraq (Chris Hill was the worst but they were all failures).  Jeffrey was in the job for approximately two years.  He couldn't hack it.  Jeffrey was also part of the mop-up committee known as the Iraq War Study Group.  They produced nothing of value but did manage to consume a lot of US taxpayer funds.

Until 2016, he was the Iraqi ambassador to the US.  Installed by forever thug Nouri al-Maliki.

Lukman accomplished nothing though he did manage to insult many of Iraq's minority groups.

This included the Kurds so, no surprise, he did so at the conference.

That really says it all.

So they're there to discuss the Kurds.

No Kurd is on the panel.

No pro-Kurdish person is on the panel.

And they spew their hate and their conspiracies unchecked and it's all supposed to be wonderful.

Theresa May‏Verified account @theresa_may 20h20 hours ago
Theresa May Retweeted UK Prime Minister
The UK is committed not only to defeating [ISIS] militarily but also to countering the dispersal of foreign fighters from Iraq and Syria.
Theresa May added, 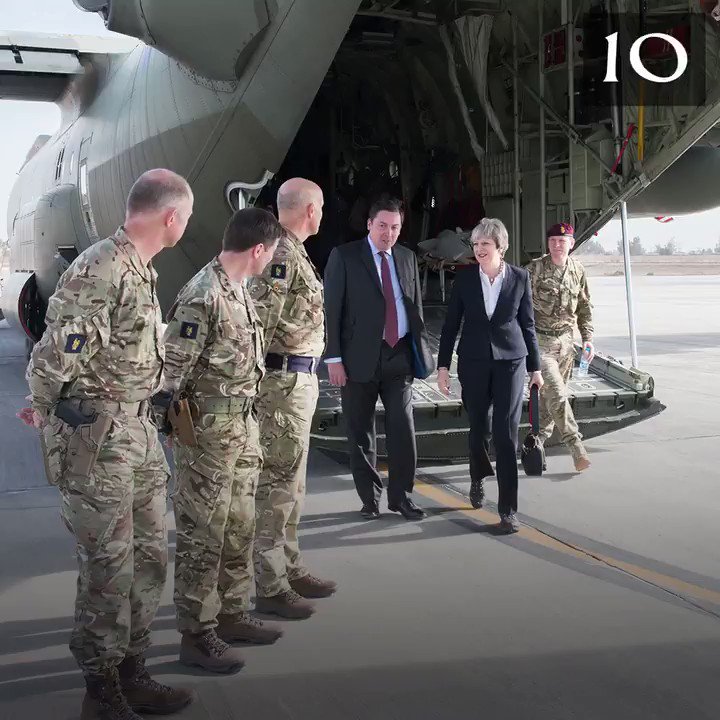 Working with partners across the region 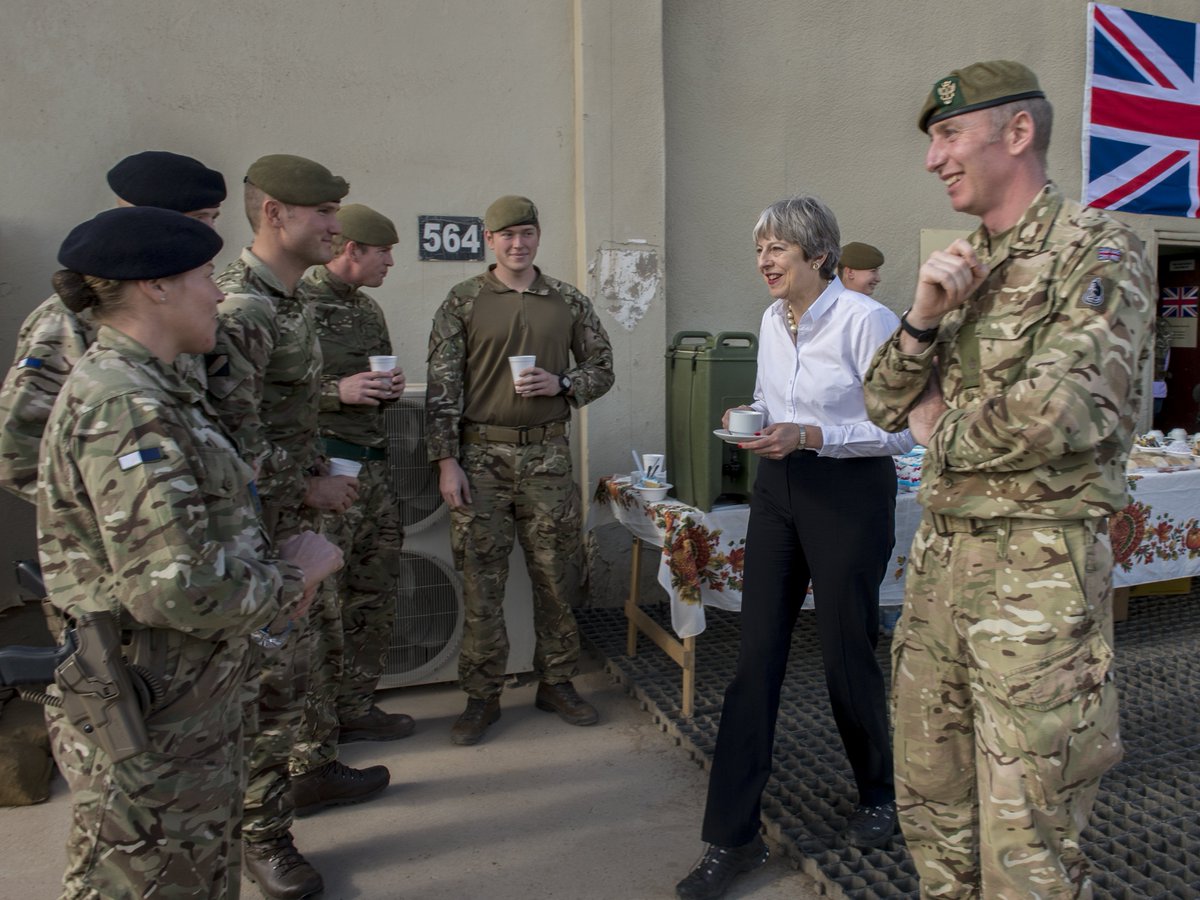 Tory Generation‏ @Tory_Generation 21h21 hours ago
PM IN IRAQ: @Theresa_May becomes first major world leader to visit Iraq since Isis were driven from Mosul and Raqqa. The PM met British troops training Iraqi soldiers as she warned of the risks of IS terrorists 'dispersing' across the region. http://thesun.co.uk/news/5028799/theresa-may-becomes-first-major-world-leader-to-visit-iraq-since-the-fall-of-mosul-and-raqqa-to-isis/ …

He has yet to visit Iraq.

As a US president, Barack Obama only visited Iraq once -- once in eight years as president.

So if Donald plans on being a one-term president -- as so many hope -- maybe he could just go to Kuwait instead?


Let's move to one of the media's biggest liars: Joy Reid.

Joy Reid‏Verified account @JoyAnnReid 19h19 hours ago
Replying to @JoyAnnReid
One last thing on the history of protests: the March On Washington was meant to move a Democratic president, and it did, because at core, he had come to agree with the protesters. The anti-Vietnam and anti-Iraq war marches were massive, but failed versus Republican presidents.
19 replies107 retweets372 likes


I don't see how LBJ was moved by the protesters (other than realizing he couldn't be pro-war and be re-elected).

Are we also forgetting that Barack didn't end the Iraq War, Joy?

He was a major liar.  He 'protested' with a small speech in Chicago ahead of the war.

Then he told THE NEW YORK TIMES, in 2004, that he's not sure how he would have voted if he'd been in Congress at the time.

Please remember that he used his Iraq War 'protest' to show his superior judgment -- but in 2004, he didn't know how he'd vote?

Barack told Elaine and I, after the war started, that the protests didn't matter because the US was in Iraq now.

He told many people that.

And the same press agreed to stay silent as he left office with the Iraq War still dragging on.

The following community sites -- plus THE GUARDIAN -- updated: