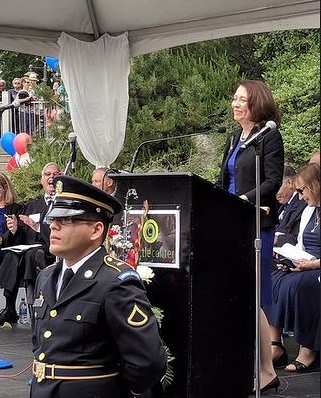 WASHINGTON, D.C. – This week, U.S. Senator Maria Cantwell (D-WA) joined Democratic members of the House and Senate, including U.S. Senator Patty Murray (D-WA) and Congresswomen Barbara Lee (D-CA), Jan Schakowsky (D-IL), and Diana DeGette (D-CO), to send letters to Secretary Alex Azar at the Department of Health and Human Services (HHS) to express their grave concern about a proposed rule from the Trump administration that would create new burdens for women seeking insurance that covers comprehensive reproductive health care.
The proposed rule would require insurers to send two separate billing statements and instruct consumers to make two separate payments. The duplicative billing process would increase administrative complexity and could lead to people losing needed coverage, including coverage for all health care services. The members made clear the proposed rule goes against Congressional intent and would jeopardize care for women across the country, and they urged the administration to reverse course and rescind it.

“It is clear the proposed rule is intended to eliminate insurance coverage of abortion. It is the latest administrative action in a long line of attacks by the Trump-Pence Administration to undermine access to comprehensive sexual and reproductive health care, particularly abortion, and to sabotage the health care system. The regulatory process is meant to implement the laws that Congress passes, not to undermine them. This proposed rule likely would result in a loss of coverage, furthering the Administration’s goal of sabotaging access to health care, and in particular, women’s access to health care. We strongly oppose finalizing this rule and urge the Administration to reverse course and rescind the proposed rule,” wrote the senators.

“Women have the right to make their own decisions about their reproductive health. Barriers to abortion care force women to delay care, resulting in unintended pregnancies and unplanned births, which often times force families deeper into poverty. For these aforementioned reasons, along with the fact that abortion care is health care, we oppose this rule and urge you to withdraw it immediately before it has the opportunity to cause harm to Americans across the country,” wrote the House members.