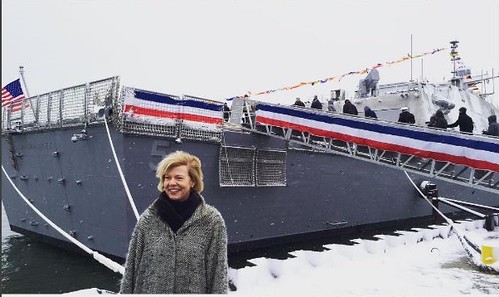 “We have a broken system in Washington that prohibits the federal government from negotiating lower prescription drug prices for older Wisconsinites,” said Senator Baldwin. “I have long championed efforts to allow the government to negotiate directly with pharmaceutical corporations to get better prices on lifesaving medicines instead of increasing drug company profits. President Trump campaigned in 2016 on lowering the cost of prescription drugs, including by allowing Medicare to negotiate drug prices. It’s time for the President to work with Congress to pass this commonsense reform that will help lower out-of-pocket costs for seniors. This legislation is a critical reform that would help safeguard the Medicare program and keep our promises to seniors and taxpayers.”
The Empowering Medicare Seniors to Negotiate Drug Prices Act would allow the Secretary of Health and Human Services to directly negotiate with drug companies for price discounts for the Medicare Prescription Drug Program, eliminating the “non-interference” clause that expressly bans Medicare from negotiating for better prices. By harnessing the bargaining power of nearly 43 million seniors, Medicare could negotiate bigger discounts than pharmaceutical companies.

Full text of the legislation is available here.
Posted by Common Ills at 1:30 PM