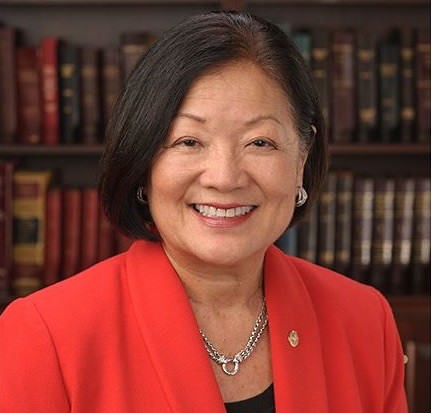 As a Member of the Energy and Natural Resources Committee, Sen. Hirono Fought to Permanently Reauthorize the Land and Water Conservation Fund, Secure Resources for Volcano Warning and Monitoring, Expand Conservation Stewardship Opportunities for Youth and Veterans, and Make Hawaii Eligible for WaterSMART in 2019 Public Lands Package

WASHINGTON, D.C. – Senator Mazie K. Hirono, a member of the Senate Energy and Natural Resources Committee, successfully secured important Hawaii priorities in the Natural Resources Management Act that passed the Senate today on a 92-8 vote. The bill now goes to the House of Representatives for consideration.
“Passing the Natural Resources Management Act is a great example of what the Senate can accomplish when we come together on a bipartisan basis to get things done,” Senator Hirono said. “As a member of the Senate Energy and Natural Resources Committee, I worked to see that this comprehensive legislation includes many priorities for Hawaii – from protecting our state’s watersheds and endangered species, to enhancing our ability to protect communities from volcanic eruptions, and honoring those who served and sacrificed during World War II.”
Earlier today, Senator Hirono met with representatives of the Ala Kahakai Trail Association and Kupu Hawaii to discuss their important work and how passage of the Natural Resources Management Act would aid their conservation efforts in the state.
Last Wednesday, Senator Hirono took to the Senate floor to highlight the many positive impacts passing the Natural Resources Management Act would have for Hawaii. These include:
Permanently Reauthorizing the Land and Water Conservation Fund: Senator Hirono fought to ensure that the Land and Water Conservation Fund (LWCF), which has provided nearly $250 million to Hawaii conservation efforts over the past 50 years, was permanently reauthorized. This fund has contributed to the protection of some of our most environmentally important public lands in Hawaii, including Hawaii Volcanoes National Park, Haleakala National Park, Hakalau National Wildlife Refuge, and the Ala Kahakai National Historic Trail. It has also provided funding for the Fish and Wildlife Service’s Cooperative Endangered Species Fund, which supports efforts to protect the over 500 threatened and endangered species in Hawaii, as well as the Forest Legacy Program, which has protected important forests and watersheds in Hawaii.
Enhancing Volcano Early Warning and Monitoring: Senator Hirono, alongside Senators Maria Cantwell (D-Wash.) and Lisa Murkowksi (R-Alaska), successfully passed legislation last Congress to improve our nation’s capacity to monitor and respond to volcanic activity. While the House of Representatives failed to act on it before the end of the 115th Congress, the Natural Resources Management Act includes that legislation, which will unify and connect the Hawaiian Volcano Observatory, which was critical to studying and responding to the 3-month long eruption of Kilauea last year, to the other four volcano observatories across the nation. It also creates a Volcano Watch Office that will be operational 24-hours a day, seven days a week to provide information and awareness of all active volcanoes across the country and territories and establishes a grant program for volcano monitoring technology research and development.
Supporting the 21st Century Conservation Service Corps: Senator Hirono was instrumental in securing a provision that supports programs and organizations, including Kupu Hawaii, that educate and inspire youth and veterans to become stewards of our natural resources. While participants benefit from learning about conservation, sustainability, and responsible management, public land managers also benefit from the projects that participants undertake, which can include trail clearing, invasive species removal, or interpretation.

Making Hawaii Eligible to Participate in the WaterSMART Program: Senator Hirono has worked during the past three Congresses to make Hawaii eligible to participate in the Bureau of Reclamation’s WaterSMART Program, which up until now has only been available to states under the Bureau’s jurisdiction. This program allows the Bureau to work directly with states, tribes, and local organizations as they plan to address water supply issues through conservation and reuse. The WaterSMART Program includes funding for grants and projects that address water and energy efficiency as well as water reuse and recycling. Expanding eligibility for the WaterSMART program was a recommendation for how the Federal government could better help improve water security in Hawaii made by local stakeholders that participated a field hearing that Senator Hirono, then Ranking Member of the Senate Energy and Natural Resources’ Water and Power Subcommittee, conducted on Oahu in October 2016.
Renaming World War II Pacific Sites: Included in the package is a bill introduced by former Representative Colleen Hanabusa that separates out and renames sites that currently make up the World War II Valor in the Pacific National Monument. In Hawaii the USS Arizona, USS Utah, USS Oklahoma, six Chief Petty Officer bungalows on Ford Island, and three mooring quays in Battleship Row would collectively be designated as Pearl Harbor National Memorial. Other components of the World War II Valor in the Pacific National Monument located outside of Hawaii include Tule Lake in California and multiple sites located throughout the Aleutian Islands in Alaska. This provision renames them as the Tule Lake National Monument and the Aleutian Islands World War II National Monument, respectively. The provision also renames the Honouliuli National Monument as the Honouliuli National Historic Site.
###