Kat: The last year of the decade was one of the best, believe it or not.  The hardest thing on the ten was not cheating with "tie" which would have allowed me to have had 11 or 12 or 13 in to the top ten.  In a meager year, I might have gone with that.  But the ten chosen are strong and stand all on their own they shouldn't have to share with anyone else. 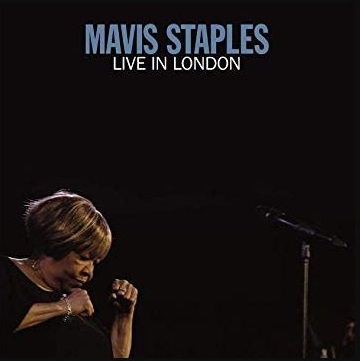 Coldplay re-emerged with an album so good it matches their masterpiece A RUSH OF BLOOD TO THE HEAD.  If you ever were along for the ride with this band, make a point to catch up with them now.  "Daddy" is my favorite track on the album.

2019 had some strong music and the third strongest album of the year was made by a woman who first captured our attention in 1962 with "Don't Make Me Over."  "Tears Ago" is my favorite track on the album.

But I love everything.  And I'm thrilled Dionne's back.

The artistic sister.  Solange continues to veer off the highway with her musical choices and it's a road trip we're glad to take with her.  "Sound of Rain" is trippy, different and amazing.

A strong confessional album.  James has never been better.  Here's the title track.

What we really need is for Solange and James to go into the studio together.  They are pioneers and their collaboration would be something to here.

Mavis owned 2019.  Not only did she release the incredible live album, she also released this studio album.

7) Billie Eilish's WHEN WE ALL FALL ASLEEP, WHERE DO WE GO?

I like Billie's album.  I'm interested in what comes next.  But I'm comfortable with it being number seven.  Maybe I'm down-grading due to the 'poppy' nature of the album?  Maybe.


8) Vampire Weekend's FATHER OF THE BRIDE.

This is a growth album for the group.  It reminds me of one of the Rolling Stones' growth spurt albums, like AFTERMATH or BEGGARS BANQUET.  I think this is an album that will only grow stronger with each listen.  Here's one of my favorite tracks from the album, a duet with Haim's Danielle Haim, "We Belong Together."

I love the whole album.

America's never been sold on EPs.  That's extend-plays.  More playing time than a single, less than a full album.  The band's from Australia.  They deserve to be heard.  Doubt it?  Stream "Real Thing."

If that doesn't sell you on the EP, I don't think anything else will.