Bats With Napalm Vests And Other Great American Innovations

Bats With Napalm Vests And Other Great American Innovations 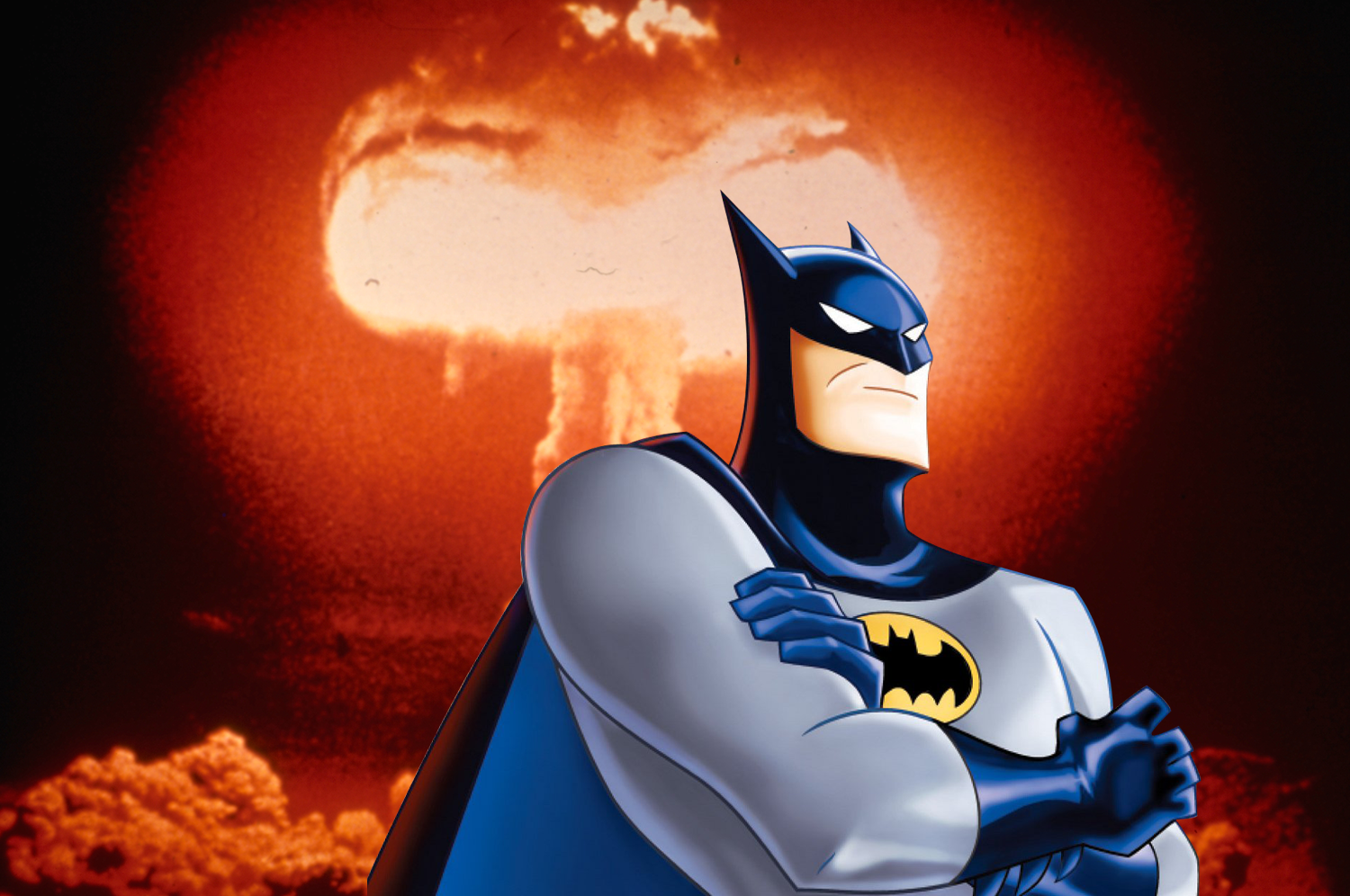 Nicholson Baker’s new book, Baseless: My Search for Secrets in the Ruins of the Freedom of Information Act, is staggeringly good. If I point out any minor complaints with it, while ignoring, for example, the entirety of Trump’s latest press conference, this is because flaws stand out in a masterpiece while making up the uniform entirety of a Trumpandemic Talk.

Baker begins as if he has an unanswered and possibly unanswerable question: Did the U.S. government use biological weapons in the 1950s? Well, yes, of course it did, I want to reply. It used them in North Korea and (later) in Cuba; it tested them in U.S. cities. We know that the spread of Lyme disease came out of this. We can be pretty confident that Frank Olson was murdered for what he knew about U.S. biological warfare.

It’s not clear at first, as it seems later, that Baker is suggesting much more uncertainty than he actually has — presumably because that’s what you do toward the beginning of a book in order to not scare away the fragile readers.

Baker moves on to discussing the endless frustrations of trying to pry even extremely old information out of the U.S. government through use of the Freedom of Information Act (FOIA), which said government routinely violates. Baker suggests that the book will be mostly about this searching for information, and only secondarily about biological warfare (BW). Fortunately, BW and related topics remain ever-present in the book, while the discussion of acquiring information remains ever-interesting. Baker lays out for us what he can document and what he thinks it means — a model both for presenting research on a difficult topic and for protesting the hiding of information by those possessing it.

This book gives us incontrovertible proof that the U.S. government had a significant, offensive, biological weapons program (if not as major a program as it dreamed of having), that it experimented on human beings during and after World War II, and that it routinely lied about what it was doing. Baker documents tests using not-so-harmless substitutes for biological weapons that were conducted by the U.S. government in numerous U.S. cities.

This book documents beyond any doubt enormous efforts and resources devoted over many years to fantasizing, researching, developing, testing, threatening, feigning, and lying about BW. This included the intentional destruction of great masses of insects and mammals, and the poisoning of ecosystems, water supplies, and crops. Scientists studied the eradication of species, the elimination of fish populations, and the use of all sorts of birds, arachnids, insects, bugs, voles, bats, and of course feathers to spread infectious diseases. In the process, they slaughtered large numbers of test subjects, including monkeys, pigs, sheep, dogs, cats, rats, mice, and humans. They devised mines and torpedoes for poisoning oceans. The aquifer that lies beneath Fort Dietrich is among the most polluted in the United States, according to the EPA — polluted with materials intentionally developed as pollutants.

Every disastrous environmental result of industrial mass-consumption has apparently been studied as an intentional end in itself by the U.S. military / CIA.

This book presents overwhelming evidence that, yes, the United States used BW in Korea, even if neither a confession not an apology has been forthcoming. When the Chinese reported in detail for no particular purpose just what the CIA had been working on and planning to do, and when none of the lying or truth telling from either side can create any plausible explanation other than that it actually happened, waiting for a confession is an act of absurd servility, not academic rigor. And when the CIA offers no justification, and none seems even possible, for keeping secret documents that are well over a half-century old, the burden of proof must rest with those claiming the documents contain nothing embarrassing or incriminating.

This book provides strong evidence that the United States didn’t just drop diseased feathers and bugs on Korea from airplanes, but also used retreating U.S. troops to distribute such disease carriers in houses to which people would return — as well as evidence that the victims of this madness included U.S. troops themselves. The U.S. government in the 1950s blamed China for a disease outbreak, and put out reports supposedly proving scientifically that a disease could not have come from a bioweapon — both of which actions are disturbingly familiar in 2020.

Baseless includes strong evidence of crimes I didn’t know about before, some of which it would be good to have more evidence for. While the demand for more evidence is usually an evasion in U.S. politics, an excuse not to impeach or prosecute or convict or otherwise act, in this case it’s entirely appropriate that Baker is demanding more evidence. Baker has, however, gathered persuasive evidence that the United States spread hog cholera in East Germany, gave diseases to crops in Czechoslovakia, Romania, and Hungary, sabotaged the coffee crop in Guatemala, spread a horribly effective disease to the rice crop in Japan in 1945 — possibly including with flights that happened five and six days after the bombing of Nagasaki, and killed off much of the durum wheat crop in the United States with disease in 1950 — accidentally inflicting on the United States weapons developed for Soviet wheat.

Baker blames on BW labs, not just Lyme, but also outbreaks of Rabbit fever, Q fever, bird flu, wheat stem rust, African swine fever, and hog cholera. Self-inflicted injury and death, as with nuclear tests and other war preparations, have been common with scientists and staff and people who just lived in the wrong place at the wrong time.

Also along the way, Baker gives us his thoughts and emotions and daily routine. He even gives us the humanity of the most cynical and sadistic and sociopathic of the biological warmakers he’s studying. But what those characters give us themselves is largely hypocrisy and projection on the desired enemy, the pretense that offense is defense, the supposed need to develop bizarre new forms of killing and inflicting pain because theoretically somebody else might do so first. This fact doesn’t somehow alter the obvious fact that governments other than that of the United States have also done horrible deeds. Baseless documents the U.S. government’s borrowing of a variety of horrors from the Nazi and Japanese governments. But not only can we find no evidence of the U.S. government pursuing this madness because the Soviets did so first, but we find evidence of the U.S. government developing these evil weapons and seeking to make the Soviets aware of it, even to deceive the Soviets into believing that the United States had capabilities it didn’t in order to stimulate, and perhaps misdirect, Soviet investment in BW.

One of my favorite U.S. taxpayer-funded ideas that I learned about in this book — one that as far as I know has not actually been used — was to put teeny little napalm vests on bats, and send them to perch under the eaves of houses, where they would burst into flames. Chiefly I like these bats because I think they might make a good replacement mascot for the Washington Redskins.

Baker suggests, relatively off-handedly, that opposition to the use of biological and chemical weapons in the war on Vietnam put an end to such programs in the United States, or at least significantly reduced them. The latter is likely true. But are they gone? Baker tells us that Fort Dietrich was “repurposed” for cancer research — meaning cancer prevention research, not the spreading of cancer. But was it? Is anthrax useful in cancer research? Is the U.S. government reformed? Is Making America Great Again not a drive to rejuvenate all of the worst aspects of the 1950s?

Baker is very clear throughout this book on what he knows and how he knows it, and what conclusions can possibly be drawn with what degree of certainty. So, it’s hard to say he gets anything wrong. But there may be a few things. He says that the biggest killing plan ever devised was the Nazi plan to kill Jews, and second was a secret U.S. plan to gas Japanese cities. But Hitler’s war plans far outstripped in expected and achieved deaths his plans for the Jews. Even the actual Holocaust included millions of victims who were not Jews. And, to take one example of a much larger killing plan, Daniel Ellsberg tells us that U.S. nuclear war plans in response to any Soviet attack were expected to kill one-third of all humanity.

I think Baker is also wrong when he describes war as consisting of the killing of people who would have rather had other government jobs — other than soldiers and sailors and pilots. I hate to bring this up, because Baker’s prose is powerful, even poetic, but most people killed in war are civilians with no government jobs at all, and most of the U.S. public believes falsely that most people killed in wars are soldiers. In addition, most people killed in U.S. wars are on the other side of the wars, and most people in the United States believe falsely that U.S. casualties make up a high percentage of the casualties in U.S. wars. Even U.S. mercenaries die in U.S. wars at higher rates than U.S. military members, but the two combined make up a tiny percentage of the dead. So, I think it’s important that we stop getting this wrong.

Baseless includes many tangents, all of them worthwhile. On one of them we learn that the U.S. Library of Congress microfilmed and tossed out huge amounts of priceless printed materials to make room for doing research for the U.S. Air Force — researching targets to bomb all over the world — all in order to help the Air Force cheat a rule on how many civilians it could employ. The Library of Congress was militarized to do work now rendered superfluous by Google Maps, and that work alone ought to cause us to rethink U.S. government priorities. The ability of the U.S. military to buy off other government agencies as needed is just one reason to move huge truckloads of funding out of it and into decent things.