Be Kind to Those Offended By It

Be Kind to Those Offended By It
By David Swanson
https://davidswanson.org/be-kind-to-those-offended-by-it/ 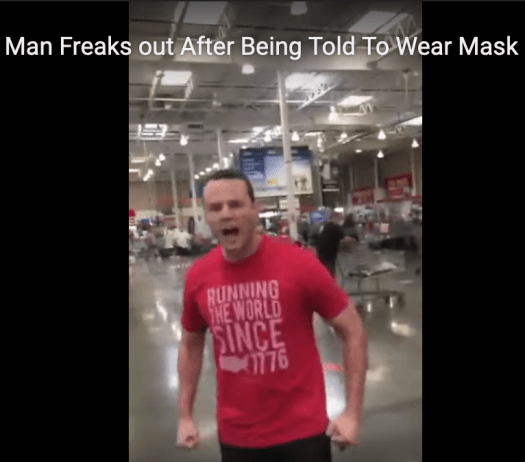 “Good Morning! Would you mind staying a safe distance away?”

“Hi! Nice mask! Could you please wear it on your face instead of your chin?”

Helping people reduce the risk of spreading a deadly disease requires being willing to offend them.

And as they long for a return to normalcy, you should be preparing to be a lot more offensive.

“That sounds delicious. Does it have any dead animals in it?”

“How’s it going? Could you please not carry a gun around here?”

These are comments of the same sort as “put your mask on” in that they are aimed at helping the people you’re confronting survive, whether they like it or not. The methane and other destruction and pollution of livestock will kill them, not just you. The guns increase the risk of gun death for everyone, especially gun owners.

But if you want to get really out-of-step, if you want to offend in the way actually needed, if you want to truly serve everyone’s interests whether they will stand for it or not, then you have to disrupt, protest, and change public policy.

“Good afternoon, Mr. Mayor, all of these people will gladly get off your lawn and plant it with wild flowers when you support divestment from oil producers and weapons dealers.”

“Nice offices, Congress Members. You can enter them as soon as you agree to end fossil fuel subsidies and shift $400 billion a year from wars to a Green New Deal.”

These, too, are acts of kindness toward those disrupted and inconvenienced and pressured to change their ways. And they’ll hate you for it. But that doesn’t mean you need to forget that you are being kind to them. That doesn’t mean you need to become hateful or start wishing them harm or making jokes about “natural selection” taking care of the non-mask-wearers — a comment easily as cruel and ignorant as not wearing a mask.

The essence of nonviolent activism is helping people who do not want to be helped. Far from hating them, it requires actually listening to them. Sometimes some of them will know something that you don’t know. Acting on the best information, whether popular or not, requires constantly searching for better information. But it does not require inaction or politeness that permits injustice and destruction to continue.

“That looks like a really nice Bible you’re thumping, but outgrowing childish ancient myths would give us a better chance at survival in the times ahead.”

“I’m aware there’s an even worse political party than yours, but we need changes neither of those parties will stand for unless you help us challenge both of them.”

These are fighting words. These are courting hatred, violence, ostracism, and mockery. But they are not doing so intentionally. They are doing so out of independent reliance on facts, and out of caring for the interests of others as you best understand them.

For better or worse, we’re all in the same boat. Making fun of the jackasses drilling holes in their end of the boat isn’t a recipe for survival. Asking boat-patch-haters to start patching up the holes is. One approach is easier and less confrontational. The other is actually kinder.

Sign up for these emails at https://actionnetwork.org/forms/articles-from-david-swanson.
Posted by Common Ills at 7:30 PM