Big Pharma Will Kill Millions--If We Let It Happen

Big Pharma Will Kill Millions--If We Let It Happen

This will not shock you: Big Pharma doesn’t care much about peoples’ lives. It’s all about the Benjamins. And that will potentially cause a lot more COVID-19 suffering around the world: death, sickness and economic deprivation.

However, we can take on Big Pharma and save lots of lives as soon as NEXT WEEK…

Here’s the story: The whole raft of vile so-called “free trade” deals that have been forced upon the people, by Democrats and Republicans (the modern-day template for this garbage came to you courtesy of Bill Clinton’s NAFTA), give corporations enormous protections.

Under the World Trade Organization rules, Big Pharma gets *lengthy* monopoly protections for medicines, tests and the technologies used to produce the medicines and tests. That’s one reason people have opposed these bad trade rules for years—these trade deals, which were sold to us using the marketing phrase “free trade” have nothing to do with the theory of “free trade”.

It’s the exact opposite: it’s not free trade. It’s very much controlled trade—controlled for the profits of big corporations like Big Pharma. These deals set up massive lists of rules that allow corporations to control money, capital and, in this case, patents to make piles of money at our expense. The specific rules under the WTO are called “Trade-Related Intellectual Property Rights” (TRIPS).

What will that mean?:

(a) lots more death and sickness;

(b) further spreading of variants globally because the more the virus spreads uncontrolled, the more it will mutate and;

Let’s say you don’t care that millions of people around the world will die and get sick unneccessarily because of the greed of Big Pharma. Be my guest—Take the complete self-interested, narcissistic Republican Trump-like view: this is really bad economics because on-going infections throughout the world mean the variants will end up spreading here, other economies can’t open up, and the global recovery will take much longer.

As a frame of reference, here’s a number I just saw in a recent January issue of The Economist—the cost of the COVID-19 pandemic last year and this coming year will probably total $10 trillion in goods and services that were not produced because of the pandemic. That’s a lot of lost futures, lots of broken dreams and misery for millions.

But, that cost will rise exponentially if Big Pharma keeps control over the vaccines—so if you are the Chamber of Commerce, or any other multi-national corporation with long supply chains across the planet, as a simple business proposition you *want* everyone to be vaccinated…as in, tomorrow.

There is, however, a bright spot. Over 100 countries have called for a temporary waiver of the TRIPS on the technologies needed to produce more COVID-19 vaccines and medications. That waiver, surprise, was blocked by the Trump administration, one of the very few governments to block this emergency waiver.

Next week, however, Joe Biden can direct the U.S. to allow the waiver at the WTO, and if the U.S. supports the waiver, it will almost certainly happen. Big PHARMA will be furious—which means campaign donors from Big Pharma will be unhappy. Fuck ‘em.

You can watch my conversation posted today about all this with Rep. Jan Schakowsky and Lori Wallach, the director of Global Trade Watch, who are working each day to get Biden to agree to support the waiver—and our discussion tells you what YOU can do to help (so, please share!): 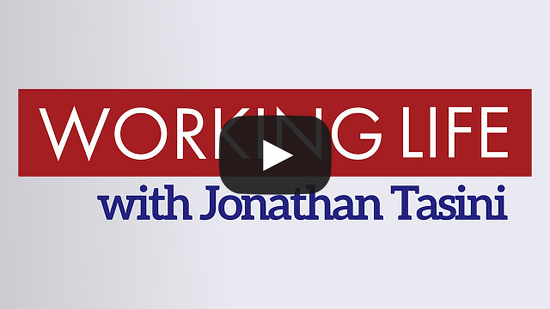