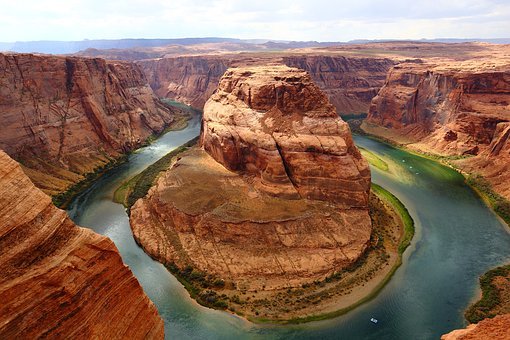 The U.S.-led Occupation of Afghanistan may be old enough to date or marry a Congress Member, but the time that nature took to form the Grand Canyon offers a more reasonable perspective on the fantasy of ending this war in a future foreseeable and measurable by available science, many sources say.

Ever since the current war on Afghanistan began, somewhere back in the Cheneyozoic, peaceniks, weirdos, and unrelated groups such as the Revolutionary Association of the Women of Afghanistan — failing to grasp even Amnesty International’s understanding of the benefits of bombs to women in Afghanistan — have maintained that yes, yes, yes, yes, yes [they feign such superior frustration that this is how they talk] things will be bad when the U.S. and its NATO sidekicks leave, but the longer it takes for that departure to come about, the worse things will be. This has seemed a superficially correct prediction ever since one heard about it in grammar school, but what is true in years or decades can conceivably be petty pacifist propaganda when we’re dealing in millennia of eons of epochs. Some like to pretend to know the answers, but it’s just that sort of arrogance that has withdrawn empires from graveyards.

The value of the ongoing tradition of having each U.S. president promise to end the war on Afghanistan and then pretend to do so is doubly lost on the nitwits who would actually end it, few of them, no doubt, even considering the fact that if the thing were ended some jackass would almost immediately demand that one of the other wars be ended too — and then where would we be?

The reason that the top cause of death of U.S. troops who have been sent into Afghanistan has been suicide is almost certainly the dunderheads who are constantly crowing about how a war whose top cause of death (for the aggressors) is suicide must have something less than gloriously wrong with it. These are people who should have the Bill of Rights shoved down their throats until they begin to understand the value of our freedoms and how those freedoms are protected by bombing the snot out of people whose children will grow up to hate you. Imagine a society that would allow people to run around openly opposing sacrificing more troops so that the previous troops would not have killed themselves in vain. That’s what the United States could become if the Taliban takes over!

The loonies actually want to end the war on Afghanistan prior to the Afghans negotiating peace and planning a new way forward. This will never work. Only with the U.S. and allied troops and mercenaries and contractors and consultants and hangers-on in Afghanistan will you have the Taliban constantly armed and hostile and threatening, on the one hand, and the Afghan government avoiding reality while predicting the apocalypse, on the other hand. If the occupation were to end, or credibly plan to end (which at this point means end), all sides would be obliged to nonviolently or violently figure out a path forward. As virtually no weapons of war are manufactured anywhere near Afghanistan, the level of violence is somewhat dependent on the profits of weapons dealers — which is the last situation a good American wants, but just what the pansieassliberals are probably aiming for.

Over a decade ago, some kook asked Zbigniew Brzezinski why U.S. opinion polls on continuing this war should be ignored in the name of democracy. He responded that a lot of people are weak and don’t know any better, and they should be ignored. But, he urged that those supporters of war who would criticize the president if he pulled out should be feared and followed. This was exactly right. It’s worth recalling Brzezinski’s To-Do list provided on that occasion, so long after he had bragged about his masterly performance in sucking the USSR into a Vietnam in Afghanistan:

OK, whoever snuck #11 in there is going to get liberated next. The first 10 were what he actually said, and the fact that not a single one of them has been accomplished really goes to show how powerful Putin has been at screwing things up.

During an early era of the Afghanistocene, back when the U.S. Congress issued reports like this, they issued a report finding the top funders of the Taliban to be the U.S. military and the drug business. If that doesn’t prove what a clever and devilish opponent we’re up against, I don’t know what you’ve been smoking. This is no time to relent. In fact, the war is just beginning, geologically speaking. Sure, Biden and the Democratic Party promised to end it, but so did Trump and Obama, each of whom actually announced that he had ended it. If you can’t recognize messages aimed at our adversaries, you’d better just leave the thinking to your superiors before you cease to have any sort of democracy at all.

U.S. residents are possibly the biggest impediment to democracy ever seen. They’re so easily befuddled by facts. Facts like these:

The U.S. government repeatedly turned down offers to hand Bin Laden over to a third nation to be put on trial, preferring instead a war that would go on for decades, and for millennia of eons of epochs after Bin Laden’s Muslim Sea burial.

There’s a widespread understanding that “if the CIA had not spent over a billion dollars arming Islamist militants in Afghanistan against the Soviet Union during the height of the Cold War, empowering jihadist godfathers like Ayman al-Zawahiri and Osama bin Laden in the process, the 9/11 attacks would have almost certainly not taken place.”

There were U.S. plans for war on Afghanistan that pre-dated September 11, 2001.

The predictable excuses that Bin Laden gave for his murderous crimes each involve revenge for other crimes committed by the U.S. military.

War is a crime under, among other laws, the United Nations Charter.

Al Qaeda planned September 11th in numerous nations and U.S. states that, unlike Afghanistan, the United States chose not to bomb (yet! yet! this is just starting!)

There were gross failures of the CIA and FBI leading up to 9/11, but also warnings they gave to the White House that went unheeded.

There is extensive evidence of the role played in 9/11 by Saudi Arabia, close U.S. ally, oil dealer, weapons customer, and partner in the war on Yemen.

British Prime Minister Tony Blair agreed to the future war on Iraq as long as Afghanistan was attacked first, but failed miserably to add, as he should have, which one should last longer.

The Taliban had practically eradicated opium prior to the war, but the war made opium one of the Taliban’s top two sources of funding, the other being, as noted, according to an investigation by the U.S. Congress, the U.S. military.

The war on Afghanistan has killed huge numbers of people, devastated the natural environment, and left the society very vulnerable to coronavirus — and the chances of serious studies and credible statistics on all that horror would increase dramatically if anybody recklessly ended the war.

The International Criminal Court is at least pretending to be investigating (at semi-glacial speed) the overwhelming evidence of horrendous atrocities by all sides during the war on Afghanistan — a state of affairs that led Trump to sanction the ICC, which it took Biden over 2 months to undo, at which point Antony Blinken announced that there were other ways to tear the ICC down and it had better watch its back. The Rule Based Order must be defended from the courts!

Facts are dangerous enough in incompetent hands. Nobody should go about piling opinions on top of them. And yet, witness:

—Sherard Cowper-Coles, Former U.K. Special Representative To Afghanistan: “For every dead Pashtun warrior, there will be 10 pledged to revenge.”

—Matthew Hoh, Former Marine Officer (Iraq), Former US Embassy Officer (Iraq and Afghanistan): “I believe it’s [the escalation of the war/military action] only going to fuel the insurgency. It’s only going to reinforce claims by our enemies that we are an occupying power, because we are an occupying power. And that will only fuel the insurgency. And that will only cause more people to fight us or those fighting us already to continue to fight us.” — Interview with PBS on Oct 29, 2009

—The CIA, which finds its own drone program “counterproductive.”

—Admiral Dennis Blair, the former director of National Intelligence: While “drone attacks did help reduce the Qaeda leadership in Pakistan,” he wrote, “they also increased hatred of America.”

—Gen. James E. Cartwright, the former vice chairman of the Joint Chiefs of Staff: “We’re seeing that blowback. If you’re trying to kill your way to a solution, no matter how precise you are, you’re going to upset people even if they’re not targeted.”

—General Stanley McChrystal: “For every innocent person you kill, you create 10 new enemies.”

— Lt. Col. John W. Nicholson Jr.: This commander of the war on Afghanistan blurted out his opposition to what he’d been doing on his last day of doing it.

If this sort of talk weren’t disgraceful enough, reality is unrelenting, although I have been using these same quotes without bothering to update them since before Pete Buttigieg learned to bicycle. The facts keep coming:

Terrorism predictably increased from 2001 through 2014, principally as a predictable result of the war on terrorism, and despite truly noble efforts at renaming a great deal of terrorism “counter-terrorism.”

What can be done? Well, I know what not to do. People who have signed this petition and nothing more have already done more to damage hopes for a truly endless and glorious war on Afghanistan than all the understandable mistakes of our beloved troops may God bless them.