Monday, July 26, 2021.  The day of the meet-up is finally upon us, look for the US media to whore on Iraq and then quickly drop the topic.  Just like they always do.

Finally, the day is upon us.  Iraq's prime minister Mustfa al-Kadhimi is in the United States and will meet with President Joe Biden later today.  Mustafa has been puffing out his chest and declaring that Iraq does not need US "combat troops."  So troops leave?  No, "combat troops."  Weasel words.  Mustafa wants US troops to remain in Iraq, he just wants them to be called something other than combat troops.   On NPR's UPFRONT this morning, Ruth Sherlock explained, "Analysts say this is actually more about [politics and diplomacy than any real change on the ground for now.  They see this as almost window dressing to help the Iraqi prime minister with domestic politics back in Iraq."

AFP refers to Mustafa as a "weakened leader" and notes, "Technically, there are no actual combat troops on the ground in Iraq, where the US military has officially only deployed advisors or trainers."

ALJAZEERA pretends something is really going to take place in the meet-up.

As Ruth Sherlock notes in her audio report, even US military brass are saying that there is no real change taking place.  But so many want to pretend otherwise, don't they?

Douglas A. Silliman was the last US Ambassador to Iraq under then-President Barack Obama.  He spoke last week with KURIDSTAN 24.

Across Twitter you find fools and liars (and paid whores) perpetuating the lie that US troops are leaving Iraq.  That's not the case.  Troops will not be called "combat troops."  There is not expected to be any real change in numbers.

This is a shell game and con artists and dupes are required for shell games to work.  Saddest of all may be the ones posing as Iraqis (Iraq's tiny Jewish population today does not allow for me to be that persons with Jewish first names and last names are Iraqis) who invoke the name of Allah to lie about what's taking place.

If you're going to waste US taxpayer dollars on Twitter efforts at least hire more convincing people.

In October, elections are supposed to be held and this latest spin and garbage is an attempt to help build support for Mustafa's weakened government.

Mustafa's statements are similar to those made by Fuad Hussein, Foreign Minister of Iraq, to THE WALL ST JOURNAL.  THE TEHRAN TIMES noted, "According to the American newspaper, the purpose of the statement, current and former officials said, is to enable the Iraqi leader to blunt the political pressure from Shiite factions who want all of the approximately 2,500 American troops in the country to depart, while maintaining U.S. support for Iraqi security forces."

As elections approach, Shi'ite cleric, goon squad head and one-time movement leader Moqtada al-Sadr pouted that he would sit out the process.  At THE NEW ARAB, Azhar al-Rubaie notes reactions to  Moqtada's tantrum,

“Muqtada al-Sadr withdrew from the next election just in the media, but nothing is official,” Ahmed Sameer, a 35-year-old Basra-based resident told The New Arab.

“The Sadrists run the Ministry of Health and Ministry of Electricity and both sectors have corruption, so his announcement was to clean up his movement after getting a bad reputation since they won the majority of parliament seats,” he added.

“I will never vote for anyone in the next elections, we all hope that Iraq will be ruled by a good person but unfortunately all of them have an affiliation to outside [powers], mostly supported by Iran-backed wings,” said Sameer.

He added: “The government, with or without al-Sadr, will do nothing in favour of the people, they work in their own favour, they have run Iraq for more than 18 years. What will they bring to us? They bring us poverty, crime, corruption, and zero services”.

For political analyst and activist Ghanim al-Abid, Sadr’s withdrawal leaves many unanswered questions as to his motivations.

The Iraqi government is a failure.  It is unable to deliver even the basics such as potable water and electricity.

The US-Iraqi statement is expected to detail a number of non-military agreements related to health, energy and other matters.

The United States plans to provide Iraq with 500,000 doses of the Pfizer/BioNTech Covid-19 vaccine under the global COVAX vaccine-sharing program, the senior administration official said.

The United States will also provide $5.2 million to help fund a UN mission to monitor October elections in Iraq.

In other news, Rania Khalek Tweets:

1/ After being in Iraq 2 weeks ago when the electrical grid shut down, I found the following passages in Neta C Crawford’s “Accountability for Killing” about the aftermath of America’s 1991 war on Iraq enlightening (no pun intended). Destroying Iraq’s electricity was intentional 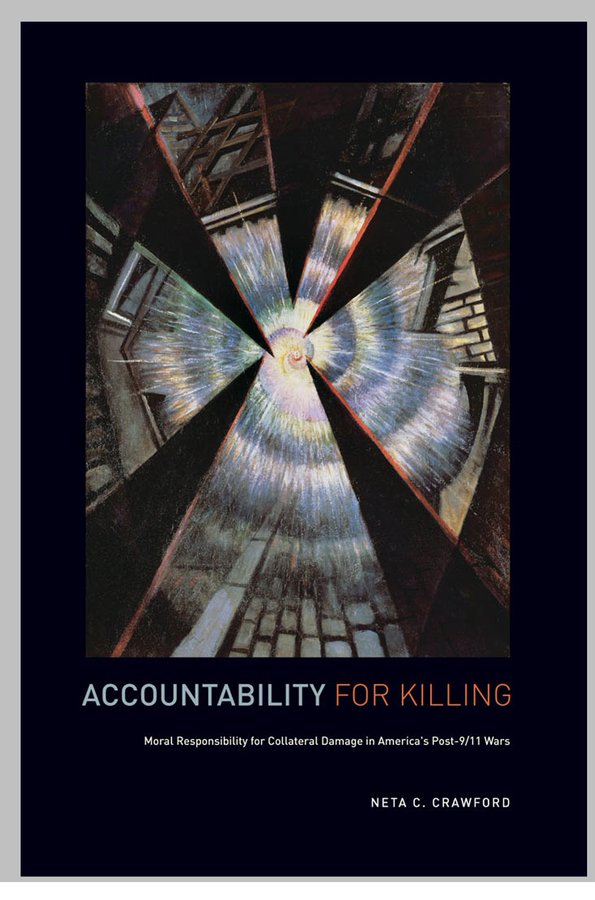 2/ US military leaders openly viewed destruction of Iraq’s electricity as “psychological warfare … exceptionally valuable in creating the system wide strategic paralysis we wanted to impose on Iraq … the Iraqi people would overthrow their government if they felt enough pain.” 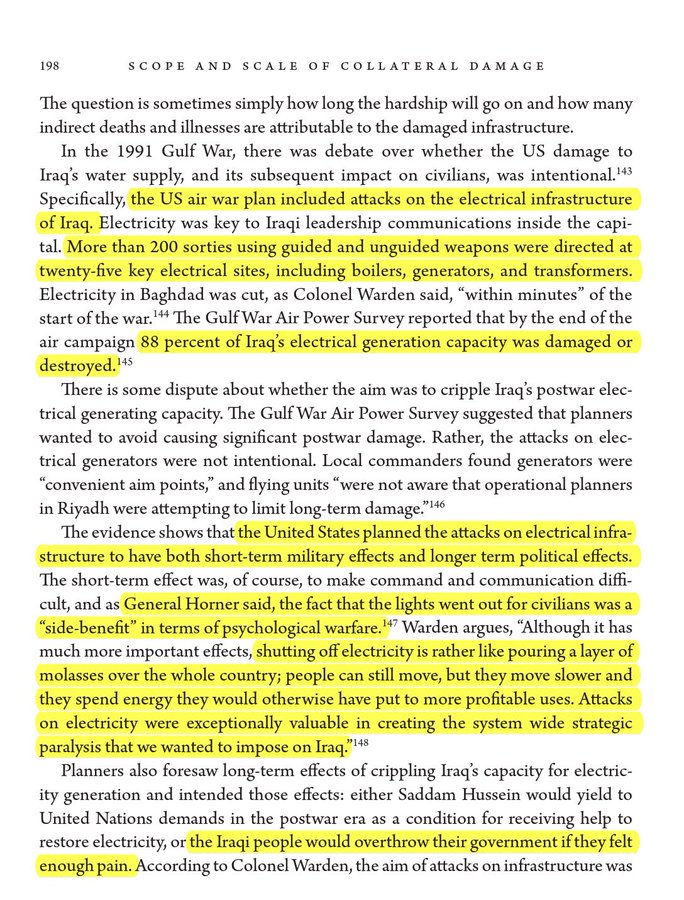 3/ US leaders said destroying Iraq’s electricity “gives us long-term leverage …we wanted to let people know, ‘Get rid of this guy & we’ll be more than happy to assist in rebuilding. We’re not going to tolerate Saddam Hussein or his regime. Fix that & we’ll fix your electricity.” 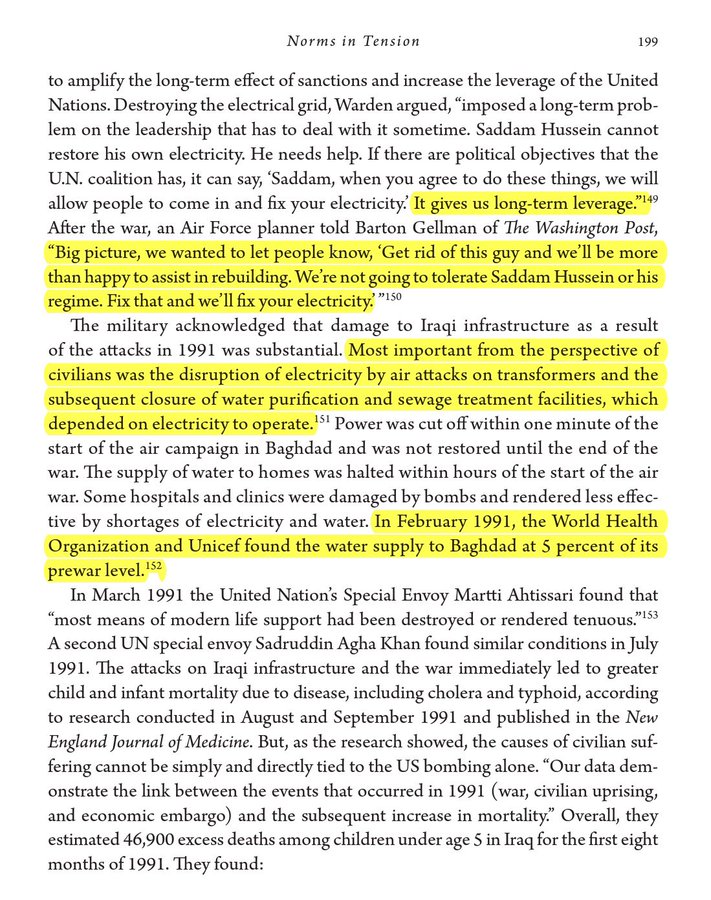 4/ The logic behind destroying 88% of Iraq’s electricity infrastructure in 1991 was cruel & criminal. It’s also the same exact logic behind crippling sanctions today on Syria, Venezuela, Cuba & Iran: To intentionally cause pain & suffering as political leverage for regime change.
11:24 AM · Jul 18, 2021