Virginia’s Fifth Congressional District Candidates Leave Something to Be Desired

Virginia’s Fifth Congressional District Candidates Leave Something to Be Desired 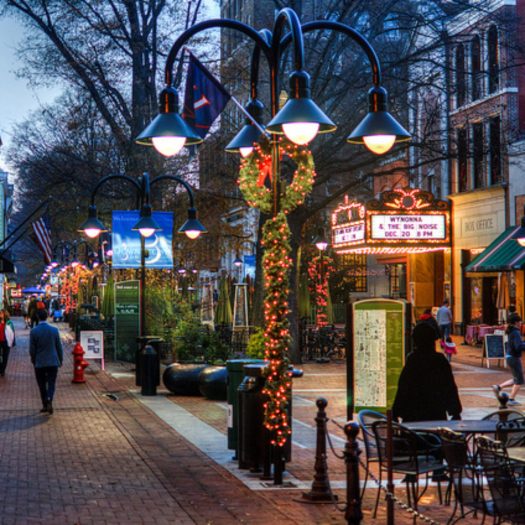 On Sunday afternoon, four candidates for the Democratic nomination for Congress in Virginia’s Fifth District held a debate — or really more of an amicable forum in which they didn’t much try to distinguish themselves from each other. I had blogged about them some weeks back when John Lesinski seemed the best among them to me based purely on their websites. Now, Cameron Webb seems the best of the lot to me, though I’m thoroughly underwhelmed and still largely guessing in the dark.

Weeks ago, Webb had no positions on anything on his website, so there was no way for someone who’s interested in the policy outcome of an election (as opposed to tokenism or some sort of prom-like personality contest) to rank him at all. Now he has a typical Democratic Party platform in which foreign policy, the majority of federal discretionary spending, and 96% of humanity go unmentioned — just what R.D. Huffstetler had and still has. Claire Russo had a super weak foreign policy platform and still does.

I had submitted the following question to the moderator (State Delegate Sally Hudson) prior to Sunday’s debate: “Over half of federal discretionary spending goes to militarism (wars and preparations for more wars). Is that the right amount or too much or too little? Should members of Congress have platforms on their websites letting potential voters know what wars they would end or continue or start, what treaties they support ratifying, what bases they support closing or building, what weapons they would work to dismantle or produce?” I admit that it was a multi-part question. Hudson only asked the first part. I proposed following up with the rest of it in the Q&A area on the Zoom call. I was the only person posting any questions there (and for all I know the only person watching the forum) but only the first part got asked: Is 50% of discretionary spending too much or too little to go to militarism?

There’s an implication in such a question, namely that half the debate should focus on what half the money gets spent on. It didn’t. Apart from this one question, the entire rest of the debate predictably focused on domestic issues. But none of the endless series of presidential debates we suffered through in the past year asked this question at all, so I was pleasantly surprised that it was actually asked.

As to the answers, they could have been worse. All four candidates — three of them former Marines, all three of whom want you to know that — said too much money was going to militarism. But none of them said how much too much. None of them suggested even roughly how much they would move to human and environmental needs, not even give or take $100 billion. There were no exchanges between the candidates and no follow-ups from the moderator. Still, they all talked vaguely about the trade-offs and the need to move money out of militarism — which is more than can be said of most candidates for Congress this year, virtually none of whom will ever be asked in even the most basic terms what they think the federal budget should look like.

Sunday’s event was full of earnest facial expressions and pleasant platitudes and lovely words like “justice” and “equity” intoned over and over again very solemnly, even when the moderator’s question had been for specific policy proposals. Frequently the candidates told us their personal stories and identities or proposed that some topic needed to be talked about (which is exactly what everybody *not* running for Congress can do — talk about things). There was much describing the problems, contrasting with Republicans, and insisting sincerely on the importance of the election. There was much less in the way of telling us what each person would try to do if elected.

None of the four favors major new taxes on gazillionaires, a Green New Deal, Medicare for All, college as part of (free) public education, tearing up corporate trade agreements, banning nukes, opening borders, closing prisons, or really anything significantly different from the catastrophic course we’re on right now. Yet Webb stood out if only because he seemed well informed and intent on trying to communicate policy positions and proposals rather than sound bytes. This was clear from the first question of the event, which was about racist murders by police. Webb proposed a couple of changes to laws, and I think those were the only specific proposals from any of the four candidates on that question.

Huffstetler was the least impressive of the four throughout. When asked the question I’d submitted, he answered first and began by joking about the Space Force. Then he said we should end endless wars. Which are they? How would he end them? What does he know of them? The question clearly was a novel one for him. He reached back into the depths of his memory and pulled out the figure of $1 Trillion as the cost of wars. He credited it to Linda Bilmes and noted that it was probably out of date. In fact, Bilmes co-authored a book 12 years ago called The Three Trillion Dollar War which put that cost at that time on just one war. She’s since been updating the figure. Recently the Cost of War Project’s claim that just four recent U.S. wars have cost $6.4 trillion has become almost impossible to avoid. But U.S. military spending is at least $1.25 trillion per year, and the wars of the past couple of decades have been running for many years.

Lesinski answered second and said we don’t need endless wars. He said we do need diplomacy. He also said something that is sometimes forbidden and which I imagine he would quickly remove from his website if it were ever posted there, namely that wars are sometimes fought over fossil fuels. He proposed getting the United States off of fossil fuels in order to get it to stop fighting wars. Of course another way would be to elect people to Congress who would forbid it to fight wars, but he’s still on the right track. He also mentioned “recasting” the economy away from militarism. Then he said something rather odd, namely that U.S. military spending is 50% of GDP. Luckily it’s closer to 3%, but I’m still glad Lesinski thinks 50% is too high! I also think Lesinski’s proposal for more diplomacy is right, of course, though it doesn’t answer where most of the money should go, and it may be something he himself should work on. Referring to “an immigration problem,” as he did, is perhaps not as diplomatic as referring to the wonderful immigrants blessing us with their arrival. And there’s something out of proportion, xenophobic, and paranoid in his assertion that a major COVID-19 failure has been getting personal protective equipment manufactured outside of the United States in “countries that may not have our best interest at heart.”

Third to answer the question was Claire Russo, who had opened the evening by bragging about her role in the destruction of Iraq and Afghanistan, and who hyped her whole family’s militarism at every opportunity. Yet even she seemed to sort-of/kind-of say that money needed to be moved out of militarism. At first she said that money was going to the wrong places, but she seemed to mean that it was going to weapons like the “J-35 Strike Fighter” (presumably meaning the F-35) rather than to the troops (though she never explained what giving trillions of dollars to the troops would look like). But then she said repeatedly that “a lot of fat needs to be trimmed,” and she said that border walls shouldn’t be built with military funding. It’s not clear if she wants the “fat” turned into tax cuts or spent on something useful. It’s not clear if she wants border walls built with other funds. But her most curious statement was yet to come: Listen, she said, to our military leaders, and they will tell you that spending is out of control. Really? Can you name some of them? Who are they? Where are they saying this? I realize that I may be hurting my cause by questioning this claim, but won’t someone eventually ask for details? (Yeah, right!)

Webb answered next and mentioned the annual budget of the Pentagon at over $700 billion, which is correct. He also mentioned that that money is badly needed elsewhere. And he rattled off a list of things the funding is needed for: housing, education, etc., etc. He also noted that the U.S. military is engaged in operations in over 140 countries, which is true and little known and important. He seconded the call for diplomacy. He proposed ending wars. But he didn’t say which ones. He didn’t say what he would do to end them. And he clearly seemed to think that the wars drive the spending, whereas it’s pretty crucial for someone trying to address this problem to grasp that the exact opposite is the case.

This crop of candidates in general seemed not to be running to become members of the First Branch of the U.S. government as conceived of in the Constitution — more to join the ranks of the disempowered court jesters in the government of the Unitary Executive. One of them — I think it was Lesinski — said he’d like to remove the current Secretary of Education, but immediately followed up by saying “I know that’s not my job as a Member of Congress.” Seriously? Whose job is it? Mine? Sally Hudson’s? Who has the power of impeachment and who does not? What is the difference between a member of Congress and everyone else?

Sigh. Anyway, through the rest of the event, Webb seemed best prepared for the job. Lesinski plummeted to the bottom of the rankings for me when, as part of an answer to a question about immigration, he proposed that the U.S. government should get more engaged with the governments of Central America, that doing so would help fix their corruption problems. I’d like to suggest he pick up a book that came out this week. It’s called The Jakarta Method.