The books you loved this year told the truth, sang, made you laugh, reached you.  Some on the list had a stronger reach -- one's been voted a year's best for a third year -- most are newer.  All are worth reading. 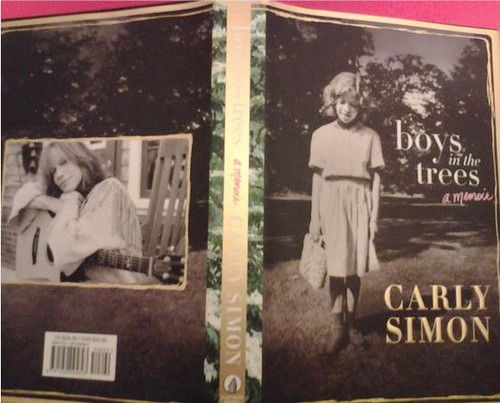 Topping the list, the clear winner was Carly Simon's BOYS IN THE TREES.  Ava and C.I. tried to get out of reviewing it, as Kat noted in "Carly's BOYS IN THE TREES," because they didn't want to be accused of influencing the voting [they reviewed it with "Carly Swings Tree To Tree (Ava and C.I.)"].  We doubt they could have influenced the voting.  Check our "Boknotes" columns in the gina & krista round-robin throughout this year and you'll notice we're frequently mentioning it and providing updates because we kept getting e-mails about this book all year long.

A number of you noted on your ballot -- like Yazz, Eric, Brady and Keesha did -- that SONGS FROM THE TREES should be purchased with the book.

But with or without that two disc soundtrack, Carly's memoir is the year's best.

The Cassandras.  That's what Beth dubbed them in the roundtable she moderated in October for the gina & krista round-robin (more on that in a moment).  The Cassandras -- she named Ava and C.I., Ned Parker, Emma Sky, Michael Gordon, Bernard E. Trainor and the author of the third book on the list.  They were the one who were sounding alarms in real time as Nouri al-Maliki's second term became little more than a vengeance fueled blood massacre.

Sky's written a book that catpures how Iraq went from bad to awful from 2010 to 2014.  What she fails to do is to establish why the world and the media ignored these events but maybe telling that much truth would have left this major book shut completely out by the media? 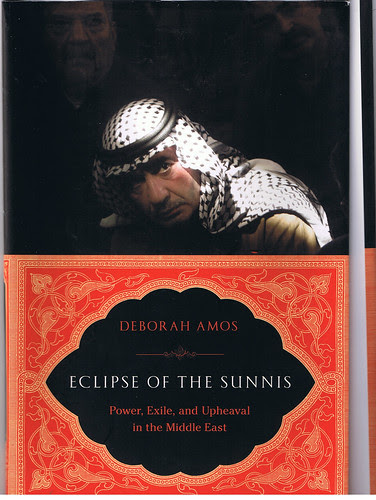 3) Deborah Amos' ECLIPSE OF THE SUNNIS: POWER, EXILE, AND UPHEAVAL IN THE MIDDLE EAST.

Beth's roundtable.  Deborah Amos' book is not making its first appearance on our annual list.  The book has made two previous appearances -- including topping the 2010 list.  That was five years ago.  How many non-fiction books from 2015 will be remembered in five years?

"This book matters," Beth explained at the start of her October roundtable, "still matters."  You cannot understand the refugee crisis, the persecution of Sunnis in Iraq that fueled the Islamic State, without this book.

A number of writers -- Thomas E. Ricks among them -- have written useless and forgettable books about Iraq.  Deborah Amos has written a book that truly matters which is why, five years after it was first published, it's still possibly the most important book on post-US invasion of Iraq.

We love funny, we love to laugh.  This year's list has two books that made us laugh and the clear favorite was Mindy's book.  Ann noted:

But the best moment in the book has to be when she's a teacher at a high school exchanging e-mails, texts, etc.

This section is better than the Vincent and Theo on AOL parody in Jon Stewart's Naked Pictures of Famous People and as good as the iditorod (I hope I spelled that right) competition in Ellen DeGeneres' classic My Point . . . And I Do Have One.

The first long talk I had with C.I. after my wedding to Cedric?  That came up, that section of Ellen's book.  And we both couldn't stop laughing because we love that.

There are a lot of funny books out there.

But it takes to a whole nother level when Jon Stewart does the Vincent and Theo or Ellen does her trip to Alaska.

Or Mindy is a high school teacher attempting to stage a party.

This hooks you and involves you.

Nipping at Mindy's heels was Aziz. Mike noted the book's only real flaw:


So my big beef here is that every time the jokes are tickling my funny bone (a lot of which you'll be familiar with if you've seen his comedy specials), it seems like it's time to interrupt with some study or other nonsense.


Aziz, those of us who will buy your book are glad you're funny.


Don't go all Woody Allen on us.


If you've ever laughed at Aziz's comedy specials, you'll enjoy the book.


A surprising number of readers voted for this 2011 book which was covered by Rebecca in the final week of voting.  Some like Sabina noted on their ballots that they'd read it when it first came out and were voting for it because they thought Rebecca's mention might help it make the top ten while others like Marco noted on their ballots that they'd just discovered the book thanks to Rebecca's review.  This is a lively read as the author explores four of the UK's biggest movie stars, cross-cutting from one incident to another at breakneck speed. 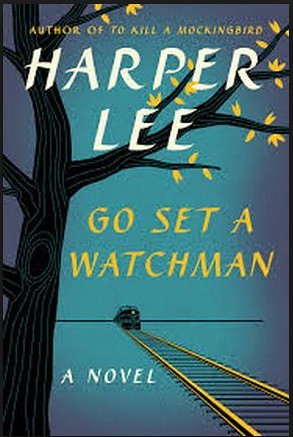 Elaine noted the book here, THIRD did a parody.  All over the internet, people were talking.  Few novels ever get even half the amount of attention Harper Lee's book received in 2015.  But whether you loved this follow up to TO KILL A MOCKING BIRD or hated it or merely liked it, when a serious work of fiction gets that level of attention, it's a good thing.

Stan noted this book after voting had closed.  But clearly, his positive take on the book was shared by other community members.

This is a strong book and, on her ballot, Teri praised the "clear headed look" at Sinatra which was "always fair but never fawning."  Greg noted the insights such as Sinatra's "default mode was escape."  A book that will make you think and make you want to explore the Frank Sinatra discography. 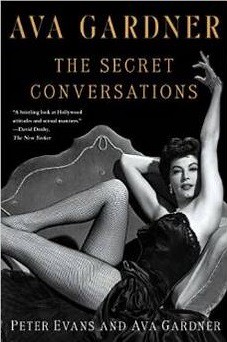 Sinatra's ex, the love of his life, Ava Gardner was next on the list.  Rebecca's "the secret conversations by peter evans" and Marcia's "Summer read?" reviewed the book over the summer.  Some of you agreed with their take on it, some of you liked the book much more than they did, but over 430 of you felt it was worthy of the top ten.

We love non-fiction, as a community.  So it's not that surprising that only two novels make the year's list -- or that one of the two is historical fiction.  Berg explores the novelist George Sand and her affairs in this volume that DeLisa pronounced "simply enchanting."

So there you have it -- the ten books that spoke to the community in 2015 -- call it a snapshot of where we were.