Friday, May 17, 2019.  There are now 24 candidates for the Democratic Party's presidential nomination, Iraq finally has a US Ambassador, war on Iran continues to loom, and more. 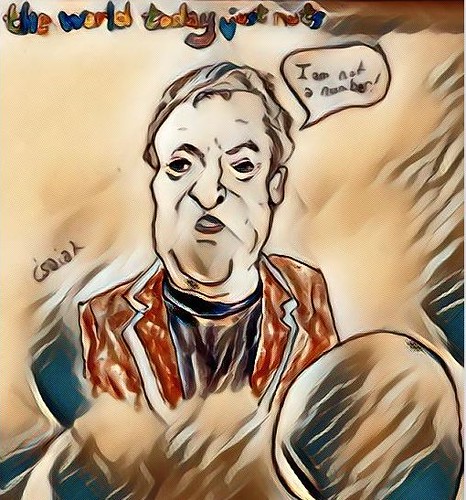 What can you say about de Blasio?  He's a uniter?

i’m voting for bill de blasio because i think he’s the guy who tells me “stand clear of closing doors, please” every morning. he has saved my life hundreds of times
21 replies388 retweets4,540 likes

de Blasio himself maintains his campaign will be about putting working people first.

Today I am proud to announce my candidacy for president of the United States of America, because it's time to finally put working people first. https://youtu.be/GHDhsPyJzvk  Join me: https://act.billdeblasio.com/join  #BdB2020
5,866 replies405 retweets1,095 likes


Again, he is the 24th candidate in the race.

Some are complaining.  Senator Cory Booker's campaign feels he would have gained traction in the race long ago if there weren't so many other options.  Which, if you think about it, may be true.  If it was just Cory up against one person, he probably would have double digit support of some form.  And, were Cory the only candidate in the race, he'd probably also be in the lead.

Some may remember in the 2008 race, John Edwards and Hillary Clinton were caught on an open mike insisting there were too many candidates on stage and that something needed to be done.  Unlike her later comments that she was staying in the race because RFK was assassinated in July so who knows what might happen, those comments by Hillary were not perceived as a death threat, just a complaint.

At this point, the race is fueled solely by name recognition.  The debates are when people begin to pay more attention.  And they are when flaws emerge.

Debates tend to pull the rug out from the earlier press declared front runner.  Currently, the front runner is Joe Biden.  Debates?

Debates tend to sink Joe.  He either comes off baffled or angry on a crowded stage.  With one other candidate, he can work to tailor his presentation in mock debate practice.  Otherwise, he either turns viewers off or they forget he was even on the stage.

Senator Kamala Harris' campaign thinks she will benefit from being on the stage with Senator Elizabeth Warren because viewers can see a contrast -- Kamala firm but relaxed, Elizabeth "like a frightened cat ready to pounce."  (When I was told that by a friend with Kamala's campaign last night, I did say I was putting in a snapshot.  You were warned.)  All the female candidates -- Elizabeth, Kamala, Tulsi Gabbard, Marianne Williamson, Kirsten Gillibran and Amy Klobuchar -- have cross gender support.  There is not a 'woman's candidate' that has emerged among the six women -- or for that matter, among the 24 candidates.  When all six are part of the debates, that might change and GRRL Power (or what passes for it in electoral politics) might elevate one of the six.

A lot can happen in the debates -- including boneheaded mistakes -- no, Joe Biden isn't the only one that has to worry about that.  de Blasio and everyone else, still has time to make a case to the American people.  If he keeps his focus on working people, he might actually gain some traction in the race.  Too many candidates, however, are defining themselves against Donald Trump -- often by being Donald Trump-like with one explosive moment after another.  "I'm not Donald Trump" did not prove to be a winning strategy for Hillary Clinton in 2016.  Let's hope this round of candidates makes an effort to explain who they are and what they will do.


What will Congress do?

Finally, get off their ass apparently.

The U.S. Senate confirmed the nomination of Ambassador Matthew Tueller to be the Ambassador to Iraq. The U.S. Mission in Baghdad sends its congratulations and warm wishes to Ambassador Tueller and looks forward to his arrival.


Since the end of January, Iraq has been without a US ambassador.  Tueller was nominated by President Donald Trump back in November.  Foot dragging meant his confirmation hearing did not take place until March.  It's now the middle of May and finally Congress has voted.

And all it took was weeks and weeks of the administration pushing for further war in Iraq, right?  That is where the battle would start, according to administration sources and Senator Marco Rubio (FYI, Ken Silverstein explores Marco's life when he's not screaming for war).  Iraq would be caught in the middle and the battlefield.

US Secretary of State Mike Pompeo decided May 8 to cancel his meeting with German Chancellor Angela Merkel and instead head to Iraq. The top US diplomat made it clear that he was visiting Baghdad to discuss increasing tensions with Iran.
An Iraqi official told Al-Monitor on condition of anonymity that Pompeo, in fact, delivered Iraqi Prime Minister Adel Abdul Mahdi a flash drive with recordings of pro-Iranian Iraqi groups preparing to attack US interests in the country. And, following Pompeo’s meeting, some Iraqi sources have indicated that the United States may consider Iraq as a bridge to an eventual dialogue with Iran — a role the Iraqis may be willing to play.
According to the Iraqi official, the Iraqi prime minister wants to play a serious role in de-escalating tensions with full backing from the highest Shiite religious authority in Iraq, Grand Ayatollah Ali al-Sistani, who believes Iraq is capable of emerging as a fair mediator, not only between Iran and the United States, but also Tehran and its regional rivals.

Seth Moulton Retweeted Firing Line with Margaret Hoover
They said the Iraq War would take two weeks. It’s still going on two decades later. This type of rhetoric gets people killed. We’ve done this before. We can’t do it again.
Seth Moulton added,

1:29
Firing Line with Margaret HooverVerified account @FiringLineShow
Senator @TomCottonAR tells Firing Line if it comes to war with Iran, he is confident the United States would win, and would win swiftly. “Two strikes, the first strike and the last strike,” says the Senator.
93 replies510 retweets1,759 likes

Four people were killed and 17 wounded, according to Najaf’s Hakim Hospital, when security guards outside a mall owned by a former Sadrist opened fire on the crowd.

Sadr, who leads the Sayirun alliance, the biggest bloc in the Iraqi parliament, had called on his supporters to take to the streets to protest against corruption within the ranks of his own Sadrist Movement.


AP adds, "The Najaf province’s security command said security forces arrested five mall guards who had fired at the demonstrators, killing and wounding several."  KURDISTAN 24 notes, "The owner of the busy commercial center is Jawad al-Karawi, according to locals. Karawi, also known as Abu Aktham, was the deputy head of Najaf International Airport and a former member of Najaf Provincial Council. In a videotape, Karawi appealed to Prime Minister Adil Abdul-Mahdi to intervene in the situation."  SPUTNIK offers, "Although Sadr had not specified any Names, his supporters took the protest to Al-Bashir mall, which is reportedly owned by a former Sadrist named Jawad al-Garawi, who was allegedly expelled from the movement on charges on corruption."

Najaf, 3 killed severa injured, the Al Basheer shopping center is burning as you read this. Al-Sader supporters are attacking the mall that belongs to a close person to the group who ventured off and made money using their name.