Sunday at 10:00 pm Pacific Time, Alsumaria was hacked.  The website to the Iraqi news channel is back up.  But today there's another hacking. 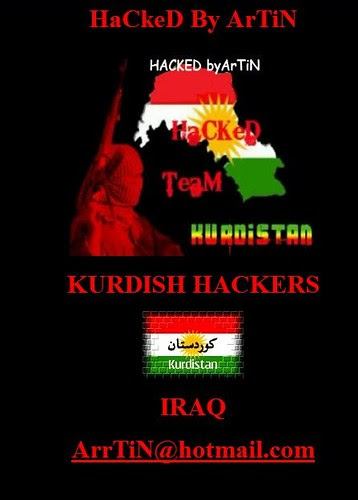 That's the message you encounter if you visit All Iraq News currently.

In other journalism news, Nouri's extra-constitutional Tigris Operation Command reveals to Alsumaria that they have been holding Diyala TV journalist Marwan Zeidan for six months.  They maintain that he is a 'terrorist' and that he 'confessed' to this after six months of 'questioning.'


As noted in this Yahoo Groups posting, he was grabbed October 9th along with three other Diyala TV journalists -- Khaled al-Qaisi and a broadcast technician with the last name of Ismail.  The other two were released after 10 days.  They reported being beaten with the butts of rifles.

This is what Barack Obama's endorsing and embracing.  Don't kid that the US government opposes torture.  A journalist has been held and tortured for six months and has just 'broken' and now the Tigris Operation Command steps forward to claim credit.  And 'broken' does not mean offered a truthful confession.  Broken means broken.  That's what torture does.  It doesn't get truth.  That's in Zero Dark Thirty though the Glenn-Glenn's lacked the analytical ability to grasp it.  Amar's tortured and what is he giving?  The next terrorist attack will be Tuesday.  Monday.  Thursday.  He is saying anything to stop the torture.  He is 'broken.'  It has nothing to do with truth.

For six months, Nouri's forces held and tortured a journalist.  Now they come forward to brag that he's a terrorist.  I believe the terrorists are the Tigris Operation Command and Nouri and Barack Obama.

This is what Barack's supporting, this is what he's embracing.  You won't hear about it on Rachel Maddow's lousy program but then you don't get current truth on MSNBC prime time, you just get distractions and lies and the myth that the US government went bad in 2001 but recovered in 2009.


Sheikh Ali Hatem Ali Suleiman al-Dulaimi met with Barack in 2008.  Now, Al Rafidayn reports,  he's targeted with an arrest warrant by Nouri.  In 2012, Bloomberg News noted he "was one of the first sheikhs to rise up to fight al-Qaeda in the predominately Sunni Anbar Province as part of the Awakening movement in 2006.  Today, Ali Suleiman says the government of Prime Minister Nouri al-Maliki is trying to 'destroy Anbari tribal society'."  Speak out against Nouri and take part in protests and get an arrest warrant?  The US government seriously needs to rethink their support for Nouri.

And Nouri's sacked the head of the Justice and Accountability Commission.  Al Rafidayn reports that he's replaced Falah Shanshal with Sharif al-Badri.  Aswat al-Iraq noted Shanshal's election to head the commission October 8, 2012 and that he "is a member of the Sadrist bloc." And al-Badri?  He's a member of Nouri's Dawa political party.  Dar Addustour reports MP Sabah al-Saadi ("indepdent") held a press conference to announce that Nouri gave the order and that it is unfair and a blatant interference in the Commission's work.    The move means that the Commission's previous decisions are now cancelled and that candidates they'd restored to run in the provincial elections (which are supposed to take place at the start of April) are now pulled again from the lists.  Comments on Alsumaria's item about this do not go well with Nouri being repeatedly called out.  Wael Grace (Al Mada) reports that Shanshal met with Speaker of Parliament Osama al-Nujaifi today and that the Speaker issued a statement declaring that the commission must be indpendent and no one should be interferring with it.  Kitabat reports that al-Nujaifi has, in effect, overidden Nouri's action and reassianged Shanshal to head the Justice and Accountability Commission and that the body is overseen by Parliament, not the prime minister..

Alsumaria notes that some see Nouri's firing is seen as part of the same move that saw Nouri oust the head of Iraq's Supreme Court, Medhat al-Mahmoud.  Last Friday, Shafaq News reported Vice President Tareq al-Hashemi's reaction to the ouster of al-Mahmoud, "He legalize the injustice . . . and finally to the dustbin of history.  He is haunted by the curse of Allah, angels and all the people."  The rumor is that al-Mahmoud was refusing Nouri's latest 'rulings' on how the Court would rule.  If so, al-Mahmoud being out for his past actions may be justice but it's frightening to imagine what's in store for Iraq with the new pick.  Kitabat reports that ten citizens brought lawsuits against the judge today for the exection of their children.


In the only potentially good news out of Iraq today, Al Mada reports the President's Office has issued a statement that President Jalal Talabani is responding to treatments and exercises from the German medical team that has been treating him since his stroke in December.  Alsumaria covers the announcement here.