It's a historic day in the Middle East.  Tamer El-Ghobashy (WASHINGTON POST) reports:

Kurds began casting ballots on Monday in a historic referendum on independence from Iraq despite vigorous opposition from the country’s central government as well as regional and world powers.
Starting at about 8 a.m., church bells tolled and imams implored Kurds to go out and vote over mosque loud speakers when polls opened across the Kurdish region in northern Iraq. Local news showed prominent Kurdish figures casting their ballots, proudly displaying the purple ink on their fingers indicating they had fulfilled what they described as a national duty that will begin a slow process of secession from the Iraqi state.


Emily Wither: Around five million people living in the Kurdish held areas of northern Iraq are casting their vote in a controversial referendum on statehood.  In a move that's been condemned by the central governemnt in Baghdad.  I'm REUTERS correspondent Emily Wither in Erbil -- the seat of power for the autonomous Kurdish Regional Government.  This referendum is non-binding and it's going to ask a simple yes or no: Do people want to see an independent Kurdistan?


If the vote does go forward, “there is no going back on independence,” said Peter W. Galbraith, a former American diplomat who is close to the Kurdish leadership.
Mr. Galbraith predicted a solid majority in favor of independence. “Would you want to be part of a country that committed genocide against you?” he asked.


And as the voting takes place, many neighbors resort to intimidation tactics.

Since September 18, the Turkish army has held military exercises in Turkey’s Sirnak province, as a sign of Ankara’s “determination” to avoid the emergence of an independent Kurdish state inside the current boundaries of Iraq. The Turkish army had already deployed troops, tanks and artillery to the Iraqi and Syrian border.
The Iraqi government in Baghdad has also threatened to intervene militarily against the KRG if the referendum results in violence. As the Turkish parliament debated the motion, Iraqi Chief of Staff General Othman al-Ghanimi arrived in Ankara to meet with his Turkish counterpart General Hulusi Akar and discuss the KRG referendum and Iraq’s territorial integrity.

Today, they publish two articles and both condemn a democratic vote as something that can start a war.

As long as I'm shining a critical light on them, bitch.

Patrick Martin, if you're going to say that Donald Trump used a curse word, tell us what it is.  If you're too sensitive to type bitch -- which is an allowed and work safe term -- then type "b**ch."  We frequently have to censor words here to stay work safe.

But don't tell me Donald "vilified the protesters with an obscenity" and leave me in doubt as to which one it was.  (I had to look it up and, unlike the media, I don't follow Donald's every move.)

Actually, Patrick, the one vilified were the mothers.  Son of a bitch is a vilification of the mother.

Trump said that the ratings were down and f**kheads like POLITIFACT (see how I did that Patrick) rushed to disagree.

They're not experts and need to shut the f**k up.

Having no idea the money at stake.


The NFL's TV ratings are down so far this season and if that news isn't distressing enough for the biggest ratings driver on TV, the latest slump follows a 2016 season marked by unstable ratings that had pundits and analysts scratching their heads.

Towards the end of last season some felt the NFL's ratings dip would be temporary and therefore would not ultimately hurt the networks by forcing them to reimburse advertisers. Instead, the opposite has happened.
Ratings for the the NFL have been worse this season and attendance for some games has also been disappointing. The networks will pay over $5 billion this season to televise the NFL and were already facing unflattering margins on advertising profits. An article in The Hollywood Reporter reckons the drop in NFL ratings could trim the broadcaster's earnings by $200 million. Disney's ESPN, meanwhile, also continues to get hammered by cord-cutting.

None of my comments are an attack on Colin Kaepernick.  He has every right to do whatever he wants.  But let's not pretend that there are not serious problems with the NFL.

As I've said for over a decade now: The NFL is an old man's game.

Basketball has long since replaced it.  Soccer may soon.  But among the 30 and under set, the passion is for basketball.

Donald Trump -- and others -- are arguing the drop is the result of people being turned off by politics.  Some of it may be but I'd argue that it's equally true this is a game aging out.


And it's true that politicizing is taking place currently.

Read Patrick's article -- or any of the other five I had to get through in order to find out the curse word -- and they're politicizing.

Head injuries are serious -- not a sidebar, Patrick, and certainly not to be used to explain a suicide which had other issues including closeted same-sex relationships.

But instead of protesting Trump's claims that the sport was being harmed by efforts to increase safety for the players, everyone wants to zoom in on take-a-knee-or-not.

I'm sorry but that point's debatable.  (My stand: I have no problem with someone taking a knee or sitting out the national anthem for that matter.)

That should have been the response.

Instead it became a bunch of back and forth and rushing to applaud the 'brave' stands.

I don't think there were many brave stands.  In fact, the only one I'd call brave is Alejandro Villanueva who came out on the field and stood for the anthem.

it's not about politics,it's about respect 4country & those who serve

The Tweet above expresses someone's feelings regarding the stand he took.

Those are feelings some people have.

I'm saying he's brave because his entire team stayed off the field.

The easiest thing in the world for him to do would have been to follow the herd.

I also don't see the herd actions as political.

If it was political why didn't they do it when Colin was on the 49ers?

Or to show support for him as he's been blackballed?

It wasn't about anything except them 'showing Donald Trump.'

They can do that.

But don't pass it off as brave.

Brave would be standing up for Colin and they've refused to do that.

Ross Greer‏ @Ross_Greer  1h1 hour ago
Wishing a peaceful day to Iraqi Kurds exercising their right to self determination. #KurdistanReferendum 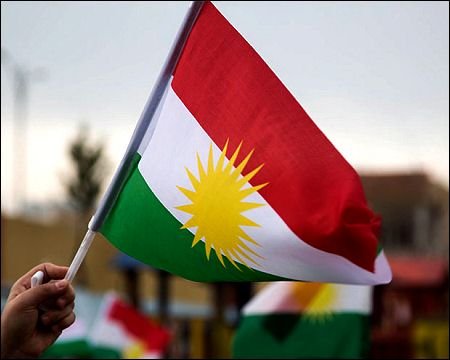 
Brave is also the KRG's decision to stick to the referendum.

I thought there was a very good chance that they would cave.

There was so much political pressure, so many bribes being offered.

Jalal Talabani would not have stood up.


Talabani told a Turkish newspaper in an interview published on Monday that it would not be realistic to believe that an independent Kurdish state could survive as it is likely that neighboring countries , and would close their borders.
"I tell my Turkish brothers not to fear that Kurds will declare independence. It is an advantage for Kurds to stay within the borders of in terms of their economic, cultural, social and political interests," he told in the interview. 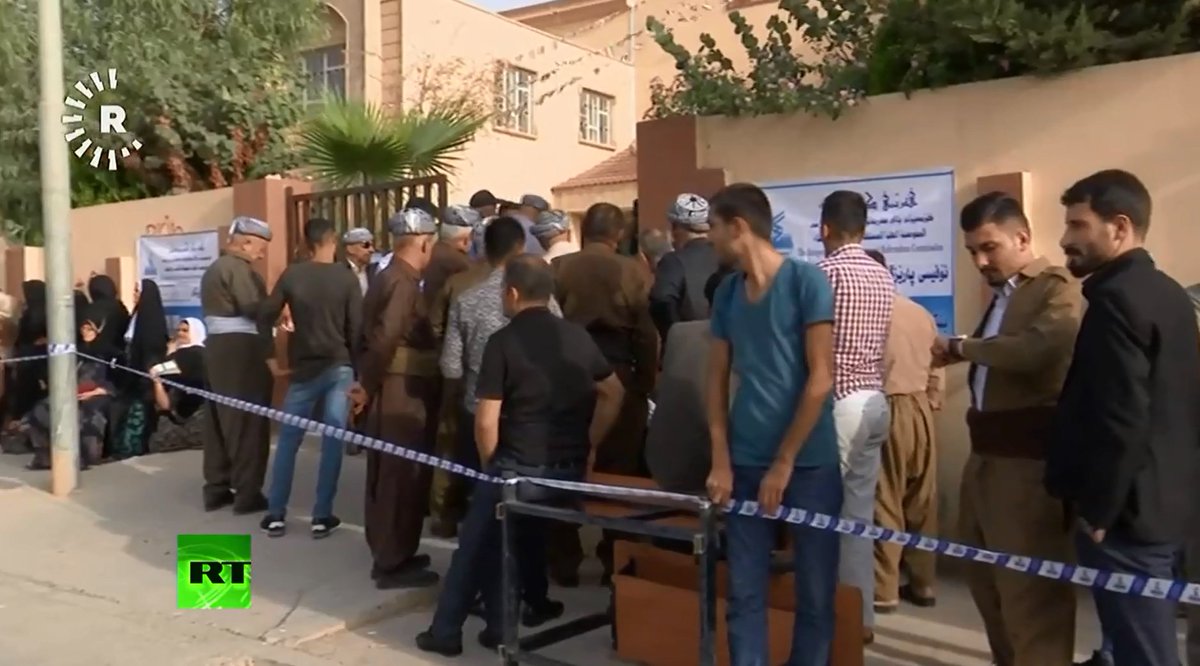 
We'll close with this: