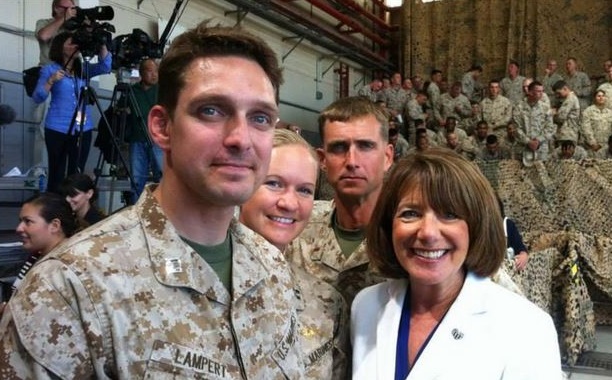 “I was pleased to be a part of this delegation trip designed to strengthen relationships with our allies and discuss national security issues, especially in light of the deepening crisis in Syria after Turkey’s military incursion and increased violence by the Taliban,” said Rep. Davis. “This delegation trip provided members with the latest information on the ground and will inform us as we continue to create U.S. policy toward the region.”

The peace process with the Taliban was the top subject in a briefing the delegation received from Ambassador John Bass. The briefing also covered the pending results from the presidential election in September.

In Afghanistan, the delegation met with President Ghani, Chief Executive Abdullah Abdullah and other senior government officials. The discussion focused on addressing corruption, which undermines security and economic stability for the Afghan people. Ensuring women have a seat at the table on all aspects of Afghanistan’s future was also heavily emphasized, and this issue remains a top priority for Davis.

“As someone who has traveled to Afghanistan many times, expanded opportunities for girls and women in Afghanistan are a key component to lasting peace and prosperity in the country,” said Davis.

Davis has been instrumental in ensuring that a portion of the U.S. funding for the Afghan Security Forces goes towards the recruitment and retention of women. The delegation met with civil leaders in Afghanistan, including Afghan women.

This trip marks the 16th time Davis has traveled to Afghanistan. Since 2007, Davis has led an annual bipartisan Mother’s Day trip with women in Congress.

The meeting reaffirmed the strategic partnership between the U.S. and Jordan. The discussion focused on regional stability and security, counterterrorism efforts, the goal of peace in the Middle East, and economic development.