Iraq still has no prime minister or president.  Despite holding elections May 12th.

Did someone say elections? 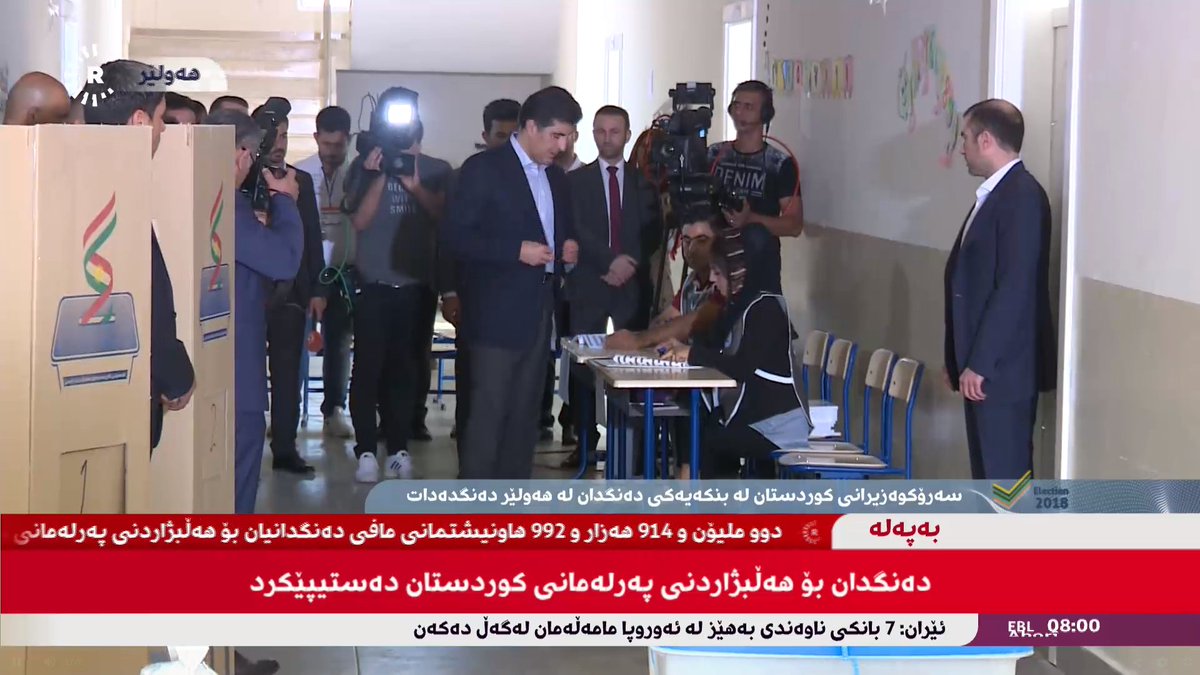 
Have you noted who's pimping low turnout by the way?  Corporate media.

The election commission released the turnout at noon of eligible voters: 22.67 percent for Duhok, 16.20 for Erbil, 9.44 for Sulaimani, and 23.14 in Halabja. The low morning turnout is not unusual in Kurdistan. In previous elections, voting hours have been extended because of long queues at polling stations.


THE WASHINGTON POST runs with a total of around 58% participation.

Nujdar Zibari‏ @nzibari 12h12 hours ago
The KRG election turnout at 58.53% isn't a good number for an election of this importance, but considering the abrupt ID change IHREC introduced it's a respectable one in those circumstances.
1 reply0 retweets0 likes
Show this thread


Hopefully, the results will be firmer in a few more hours.