The Impossible Impeachment of Joe Biden

The Impossible Impeachment of Joe Biden 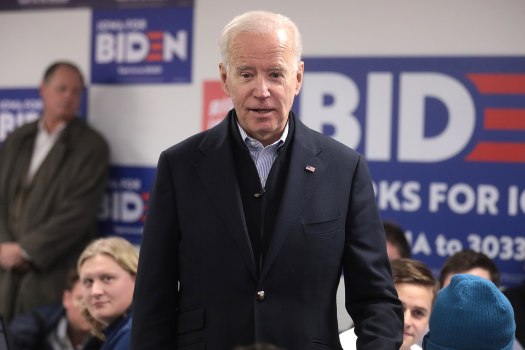 Since the presidency of Richard Nixon that I was born during, and since long before that, there’s not been a president who — in my view — should not have been impeached, removed, and banned from holding office. There’s also not been an impeachment I supported up until the very most recent one. So I’m excessively pro-impeachment or overly selective, depending on your perspective. I’m also disastrously wrong about all of the Democrats or all of the Republicans, depending on your political party.

There are three obvious arguments for dismissing as absurd the very idea of putting “Biden” and “Impeachment” in the same headline:

1) What can he possibly have done yet? (answer momentarily)

3) How much is Putin paying you? (you got me, just relax and breathe, it’s going to be all right)

(Notice the absence of the it’ll-take-too-long argument that traditionally held unearned high ranking; the second Trump impeachment laid that one to rest.)

In fairness, there’s a fourth argument that I take much more seriously. It goes something like this: The Trump catastrophe is finally over. Even if Biden didn’t promise much and has already broken most of his promises, the little bits of good we’re getting and hoping to get are significant.

This is obviously true — not in the sense of slowing the demise of human life on earth, but in the sense of lessening the suffering of some people in the short term — though it’s not clear that Kamala Harris is particularly different from Joe Biden, except in one thing alone: being young enough to have more than four years in her.

But let’s get back to #1. What can he possibly have done? Well, one thing that he’s done is dropped bombs on people in Syria. It wasn’t the first bombs he’d dropped on Syria or Iraq or Afghanistan, but it was the first time they were accompanied by public announcements, a letter to Congress, a letter to the United Nations, and media interviews.

Congress members who have said anything in response have either approved or they have objected that Biden did this without Congress’s approval. In rare cases, however, some of those objecting Congress members have added, almost as a footnote, that Biden clearly violated the United Nations Charter.

This is obvious, with any basic ordinary English-language reading of the UN Charter. You don’t get to attack or even threaten another country with attack. The loopholes are for UN-authorized attacks and self-defense. Nobody claims this was UN-authorized. And nobody claims this was self- . . . Just kidding! Self-defense is exactly what the White House claims. It claims to have been acting in self-defense, incredibly enough. Bombing people in a distant country to send a message (according to the Pentagon) to a third country, is, of course, not actually self-defense. But that’s the claim.

This is the response from Congressman Ro Khanna:

“Well, this is not an ambiguous case. The administration’s actions are clearly illegal under the United States’ law and under international law. We do not have any authorization of military force to go into Syria. In fact, President Obama tried and then backed off in getting that authorization. We do not have any authorization of military force to attack Iran. The idea that this was an imminent attack on U.S. self-defense is simply not borne out by the facts. And under international law, for self-defense, we have to go to the United Nations. The administration did not do that. So, my concern is that this president ran on ending endless wars, ran on respecting the United States’ and international law, and these actions clearly violate both.”

If self-defense has any meaning, it has to exclude something, and if it can’t exclude bombing people (with bombs dropped quietly as well as those announced to the press) half-way around the world who haven’t attacked your country, then what can it exclude? Clearly, this act violated the UN Charter. Clearly, that is the relevant point, which is why Biden’s letter to Congress, and his ambassador’s letter to the UN, focus on the UN Charter, falsely and ridiculously claiming to have complied with it.

So, what should Congress do? Setting aside what this Congress is likely to do, what — in the wildest fantasy — should it do?

Twice in history, since the creation of the War Powers Resolution in 1973, Congress has passed measures under the War Powers Resolution to prevent war. Both times were during Trump’s presidency. Both were vetoed. Both vetoes were not overridden. Once was about Yemen — a measure that eventually Biden announced vague partial compliance with. The other was about Iran and came after a missile strike by Trump not entirely unlike the recent Biden bombing.

Shouldn’t Congress do the same thing again? Isn’t it nothing but partisanship by Democrats preventing it? Why not use the War Powers Resolution to force a vote and forbid war on Iran and/or Syria and/or Iraq (or add a few more), whether or not it falsely implies that Congress could legally launch a war, and whether or not all such wars are already forbidden by law? Yes, of course.

But what would be the deterrent to presidents of re-forbidding certain wars once threatened or begun, even if you could override a veto? Would it discourage presidents from beginning or continuing or threatening wars? There is no way to answer, as it’s never been done. But the best possible outcome seems likely to be the prevention of particular named wars. Without any penalty to a president, merely halting a war seems highly unlikely to prevent the same or future presidents from starting other wars.

So what would a Congress that actually cared do? What might we imagine happening in an impossible world that recognized war as the highest of high crimes, as “the supreme international crime” (in the words of Nuremberg prosecutor Robert Jackson)? According to the U.S. Constitution, the remedy for high crimes and misdemeanors is impeachment.

Yes, the same Constitution is written as if war were permitted. That’s because it was. It’s also written as though piracy were permitted. That’s because it was. But nobody suggests acting on that basis today. The U.S. Constitution makes treaties that the United States is party to the supreme law of the land. Those treaties include the UN Charter and the Kellogg-Briand Pact, which ban war. Violating supreme law is the highest of high crimes.

So, of course it’s impossible, but that doesn’t mean it wouldn’t be appropriate to impeach the latest impeachable president. The U.S. Congress has only impeached for instigating violence when that violence was directed at the Congress itself, and has never impeached for engaging in violence. But there’s a first time for everything.

You may say I’m a dreamer, but repealing AUMFs that presidents don’t even mention, or forming antiwar caucuses that require nothing of their members are not steps that are going to end endless war making. They could contribute every so slightly to moving U.S. culture. But unless that culture turns around and stops the warmakers in their tracks, there will be war.