Kat's Korner: Rhiannon Giddens proves THERE IS NO OTHER

Kat: "Brown Baby" is  an incredible song I first heard on Diana Ross' TOUCH ME IN THE MORNING album.  By the time it was selected for her 1983 ANTHOLOGY album, I'd heard the version by Nina Simone as well.  Oscar Brown's song -- inspired by the birth of his son Napoleon Brown -- has been covered by everyone including Mahalia Jackson.  Each artist usually finds a way to put their own stamp on it. 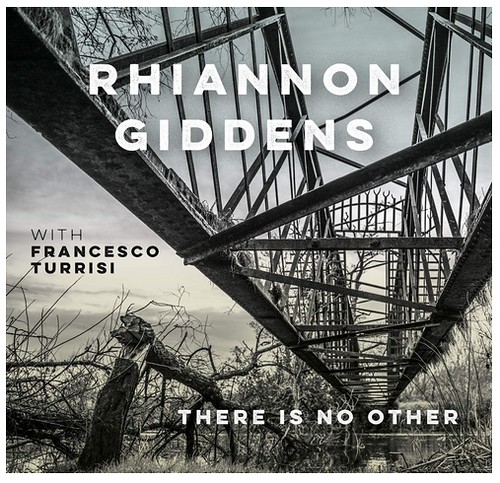 That's true of Rhiannon Giddens who covers it on her THERE IS NO OTHER album which finds her collaborating with Francesco Turrisi.  Her version is more of a gallop with Arabic accents.

Mid-Eastern accents also bring life to the title track which is an instrumental with a driving beat.  When the Carolina Chocolate Drops member does sing, on "Brown Baby" or "Little Margret," for example, she brings notes -- in both range and delivery -- that call to mind Buffy Sainte Marie.

Little Margaret, sitting in her high hall chair
Combing back her long, yellow hair,
Saw sweet William and his new-made bride.
Riding up the road so near.
She threw down her ivory comb
Threw back her long blond hair


It's a haunting version and completely different from the 2007 version she did on the Carolina Chocolate Drops' DONA GOT A RAMBLIN' MIND.  It's faster, the drums are pounding and she's singing on the beat.  You could hear the two versions one after another and wonder if the same vocalist was singing both?  She's singing such strikingly different arrangements that it would be normal to wonder.


"Trees On The Mountain" features some of her higher  notes and may be the most gorgeous track on THERE IS NO OTHER -- not that the other eleven are slouchers.  "He Will See Through You" is amazing with her vocals and the instrumental backing.

Again, it's a gorgeous track.  And track for track, THERE IS NO OTHER is a gorgeous album.  The album's released this Friday, make a point to check it out.