Gillibrand, Daines Reintroduce Bipartisan Legislation To Create Permanent Legislative Fix To Protect Vietnam Veterans Who Were Exposed To Agent Orange During Their Service In Vietnam 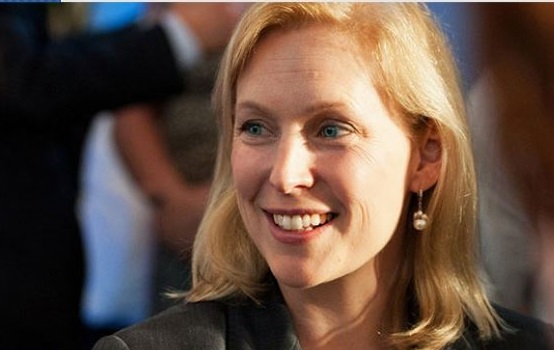 Gillibrand, Daines Reintroduce Bipartisan Legislation To Create Permanent Legislative Fix To Protect Vietnam Veterans Who Were Exposed To Agent Orange During Their Service In Vietnam

US Appeals Court Recently Overturned VA Policy that Denied Benefits to Thousands of Vets, but There is No Guarantee that VA will Honor the Ruling; Congress Must Act Now to Create a Permanent Legislative Solution to Ensure Blue Water Navy Vets Get the Benefits they Earned; Gillibrand Has Long Championed the Fight in Senate to Pass the Bipartisan Blue Water Navy Vietnam Veterans Act, Which Passed the House Unanimously Last Congress but Was Blocked in the Senate

Washington, DC – U.S. Senators Kirsten Gillibrand (D-NY) and Steve Daines (R-MT) today announced the reintroduction of the Blue Water Navy Vietnam Veterans Act, bipartisan legislation to ensure that thousands of “Blue Water” Navy veterans can receive the disability and health care benefits they earned after their exposure to the dangerous pesticide Agent Orange while fighting in the Vietnam War.

“Decades after the Vietnam War ended, thousands of Vietnam veterans are sick today because they were exposed to Agent Orange while serving off the Vietnamese coast during the war,” said Senator Gillibrand. “They urgently need treatment and care, yet for years the VA has refused to provide it to them because of an arbitrary rule that denied benefits to these Blue Water Navy veterans. Even though the court has ruled that the VA must provide these benefits, there is no guarantee it will happen. Congress must create a permanent legislative fix by passing the bipartisan Blue Water Navy Vietnam Veterans Act. I’m proud to partner with Senator Daines to reintroduce this important legislation to protect our incredible Blue Water Vietnam veterans, and I urge all of my colleagues to quickly pass it into law.”

“Commonsense tells us that sailors who were exposed to Agent Orange in Vietnam deserve the same level of care as their counterparts ashore,” said Senator Daines. “Together with the court’s recent Procopio decision, this bill should settle any questions over Congress’ intent to care for all Vietnam veterans who were injured in the line of duty.”

During the Vietnam War, the U.S. military sprayed approximately 20 million gallons of Agent Orange in Vietnam to remove jungle foliage. This toxic chemical had devastating health effects on millions serving in Vietnam. In 1991, Congress passed a law requiring the Department of Veterans Affairs (VA) to provide presumptive coverage to all Vietnam veterans with illnesses that the Institute of Medicine has directly linked to Agent Orange exposure, including those who were stationed on ships off the Vietnamese coast, also known as Blue Water Navy veterans. However, in 2002, the VA decided that it would only cover Veterans who could prove that they had orders for “boots on the ground” during the Vietnam War. This exclusion prevented thousands of sailors from receiving benefits even though they had significant Agent Orange exposure from drinking and bathing in contaminated water just offshore.

For years Gillibrand has championed the fight to ensure Blue Water veterans get the health and disability benefits they earned. She led the Senate version of the Blue Water Navy Vietnam Veteran’s Act, which she first introduced in 2009. Last Congress, Gillibrand and Daines’ bill had the support of 51 additional Senators. The Blue Water Navy Vietnam Veterans Act passed the House by a vote of 382-0 last year in June, and in August 2018, Gillibrand testified before the Senate Committee on Veterans Affairs to urge her colleagues to also pass the bill.