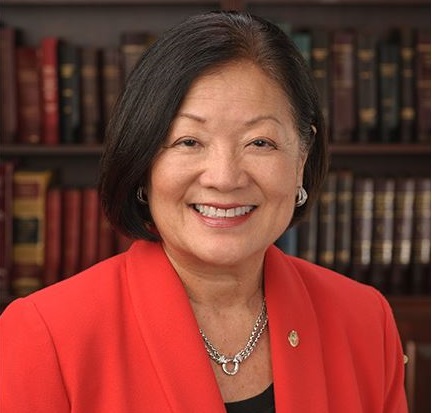 WASHINGTON, D.C. –Last week, Senators Mazie K. Hirono (D-Hawaii), Cory Booker (D-N.J.), and fifteen of their Senate colleagues reintroduced the Access to Birth Control Act, which would require pharmacies and pharmacists to provide women with birth control and emergency contraceptives without undue delay.
“Women’s reproductive rights must not be restricted in any manner – whether it is the right to end a pregnancy or the right to access birth control,” Senator Hirono said. “Pharmacists should not be able to interject their own personal beliefs to deny women prescribed medication. I will continue to do everything I can to protect women’s health and their right to control their bodies.”
“Birth control is a vital part of reproductive health care and basic family planning,” Senator Booker said.  “No person should be denied access to birth control because of someone else’s views – including at the pharmacy. At a time when reproductive rights are under increasing attack by the Trump administration, protecting Americans’ access to contraception is more important than ever.”
“There’s no question we need proactive legislation at a time when the Trump-Pence Administration continues to attack our access to health care,” Fatima Goss Graves, President and CEO of the National Women’s Law Center (NWLC), said. “The Access to Birth Control Act is brave legislation that prioritizes patients’ health and ensures women can access the birth control they need. No patient should ever be denied care based on the personal – not medical – beliefs of their pharmacist. Family planning is central to good health care, and we’ll continue to support legislation that boldly recognizes that.”
The Access to Birth Control Act specifically requires that:
Access to prescription birth control and emergency contraception (EC) is an essential part of women’s health care. Reports of pharmacies refusing to fill prescriptions for birth control or provide EC have surfaced in at least 25 states. These refusals are based on the pharmacist’s personal beliefs, not on medical or professional guidance. As pharmacies are generally regulated by the state, laws regarding access to EC vary across the country.
In addition to Senators Hirono and Booker, the Access to Birth Control Act is also cosponsored by U.S. Senators Patty Murray (D-Wash.), Sherrod Brown (D-Ohio), Sheldon Whitehouse (D-R.I.), Tammy Baldwin (D-Wis.), Kirsten Gillibrand (D-N.Y.), Tim Kaine (D-Va.), Jeanne Shaheen (D-N.H.), Richard Blumenthal (D-Conn.), Bernie Sanders (I-Vt.), Ed Markey (D-Mass.), Chris Murphy (D-Conn.), Chris Van Hollen (D-Md.), Tammy Duckworth (D-Ill.), Jeff Merkley (D-Ore.), and Ron Wyden (D-Ore.).